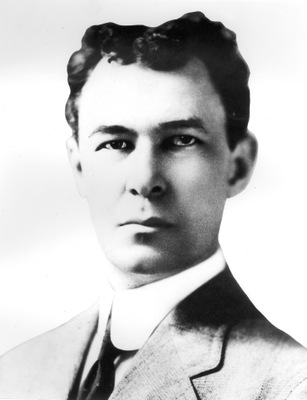 Stanley Wellington Finch was born in Monticello, New York on July 20, 1872. He attended Baker University in Kansas, the Corcoran Scientific School in Washington, D.C., and business colleges in Albany and Washington, D.C.

In 1893, he accepted appointment as a clerk in the Department of Justice, where he worked off and on for 40 years. Mr. Finch rose from the position of clerk to that of chief examiner between 1893 and 1908. While working in the Justice Department, Mr. Finch earned an LL.B. degree (1908) and an LL.M. degree (1909) from the National University Law School. The Washington D.C. Bar admitted him to practice in 1911.

As chief examiner, Mr. Finch advocated the creation of an investigative squad within the Justice Department, eventually becoming its first leader. Attorney General Bonaparte created a special agent force in the Department of Justice. Oversight of this newly organized force, later named the Bureau of Investigation (BOI), was assigned to Mr. Finch.

In 1912, he left the BOI and was named special commissioner for the Suppression of White Slave Traffic. In 1913, he became a special assistant to the attorney general. From 1913 to the 1930s, Mr. Finch alternated between private employment—primarily in the novelty manufacturing business—and positions in the Department of Justice. Mr. Finch retired from the Department of Justice in 1940 and died in 1951.