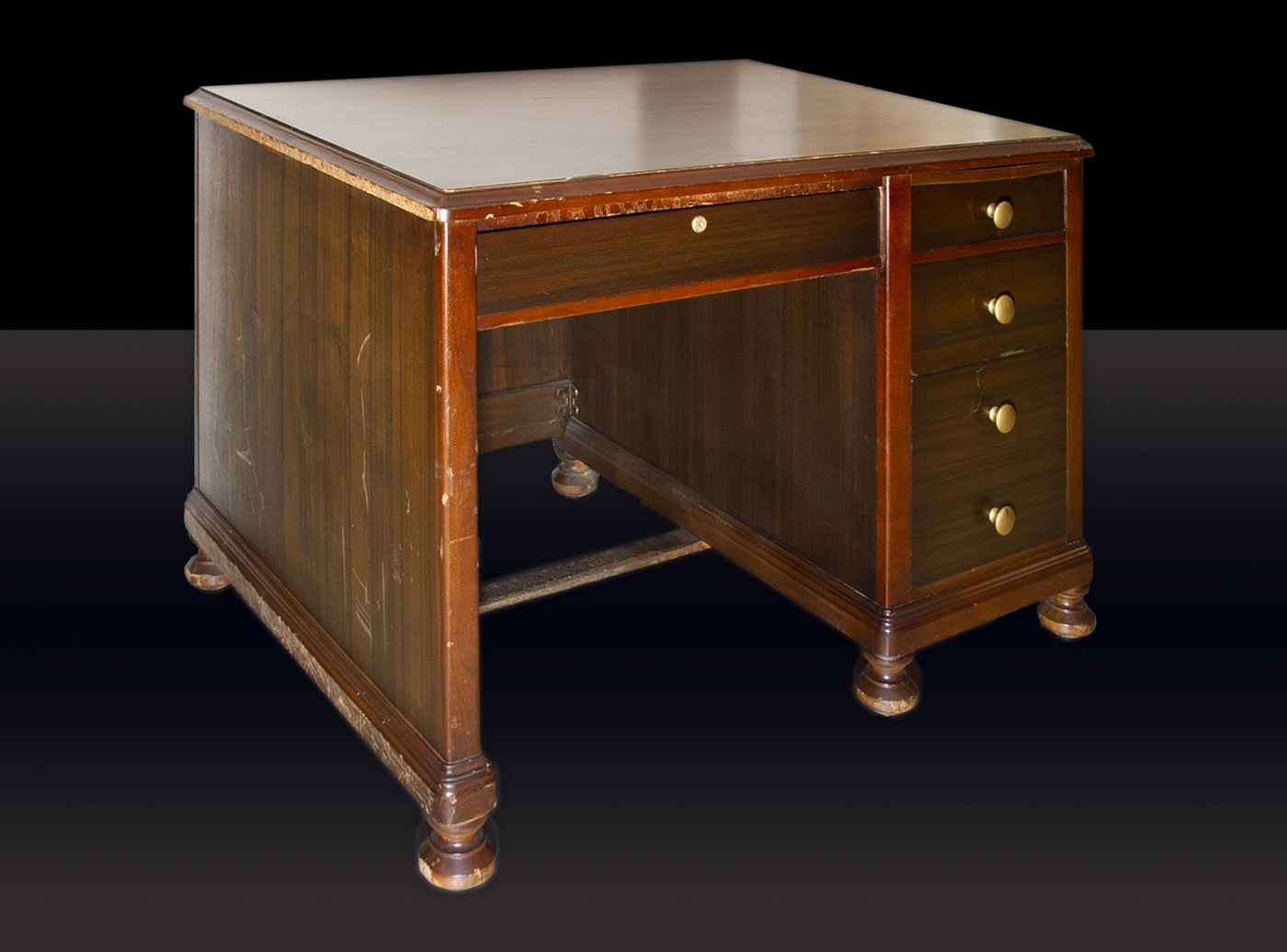 This desk was used during the trial of Nazi saboteurs in the 1940s. (Select image to view high-res.)

Perhaps shook by the confrontation with the Coast Guardsman or skeptical of the mission itself, George Dasch, one of the saboteurs, decided to confess.

On June 14, 1942, Dasch called the FBI and said he had traveled from Germany. He promised to call again when he reached Washington, D.C., the following week.

Dasch kept his word. On Friday, June 19, he divulged his location to the FBI, and law enforcement personnel took him into custody.

During questioning, Dasch revealed the names of the other saboteurs. Law enforcement personnel arrested all eight men within two weeks of their arrival—preventing them from causing destruction.

This desk was used during the trial of the saboteurs. It was in the Justice Department at the time but now resides at FBI Headquarters.