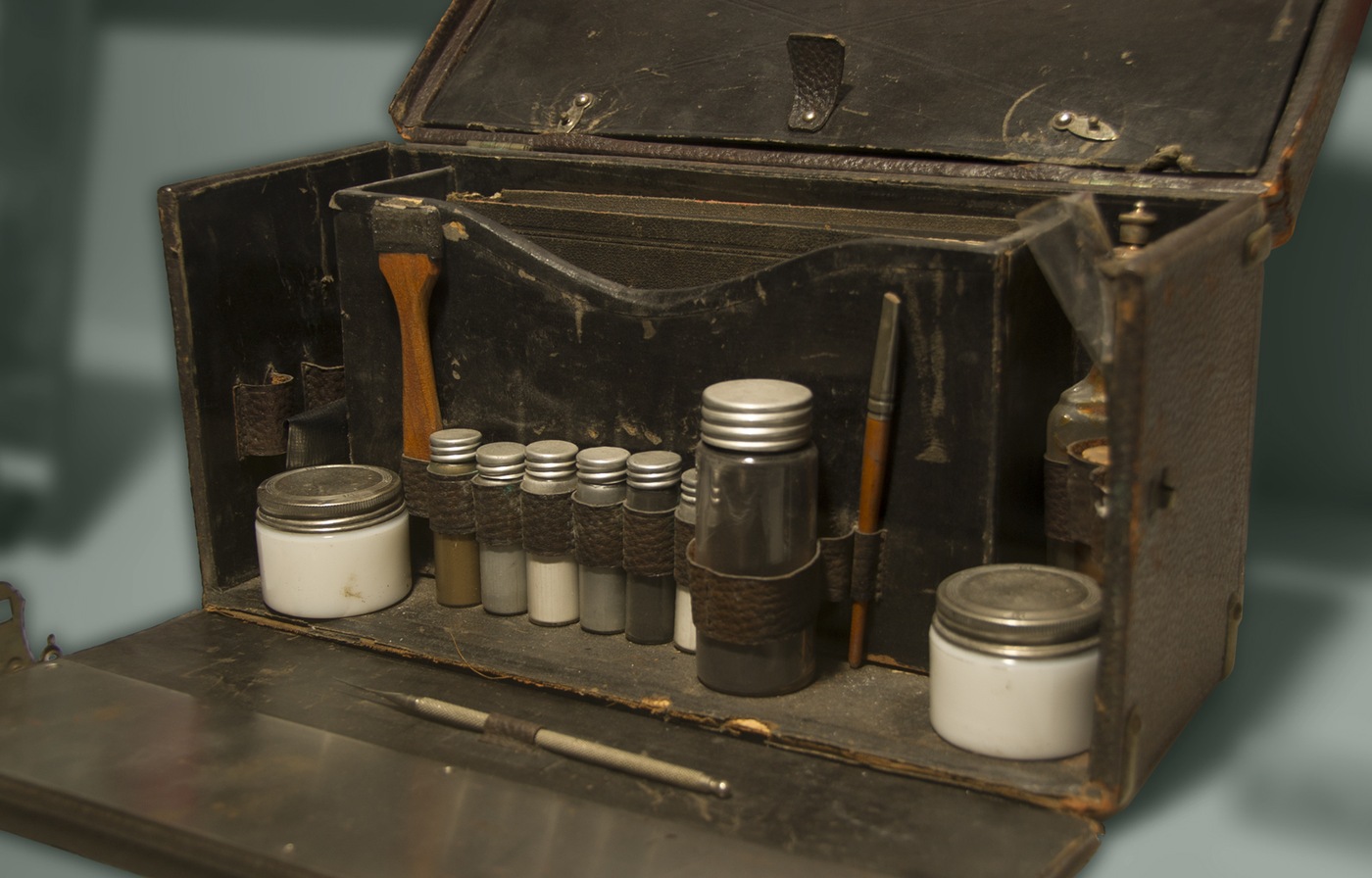 The October 2016 Artfiact of the Month is a fingerprint kit dating back to the 1930s. (Click image to view high-res.)

In July 1999, the Criminal Justice Information Services (CJIS) Division of the FBI began automating fingerprint identification in the Integrated Automated Fingerprint Identification System (IAFIS). This national computerized system for storing, comparing, and exchanging fingerprint data in a digital format permits comparisons of fingerprints in a faster and more accurate manner. IAFIS is located in and operated by the CJIS Division in Clarksburg, West Virginia.

The Bureau’s experience with fingerprints goes back much further than 1999. Since 1924, the FBI has collected, preserved, classified, and exchanged fingerprint records in support of its identification activities and the activities of other federal, state, and local law enforcement agencies.

The October 2016 Artifact of the Month is a fingerprint kit dating back to the 1930s. This leather kit contains a magnifier, brushes, vials to hold fingerprint powder and other chemicals used at the time to develop latent prints, a bottle labeled “fixatif,” a probe, and a pad of paper. The front of the case drops down to reveal a metal plate on which the ink would be spread to take a person’s prints. Fingerprint powder comes in many colors, including black, white, silver, and gray, and is applied with a fine brush. Powder can also be magnetic and is applied with a magnetic wand. Fluorescent powder may also be used to allow latent prints to be viewed under an alternate light source.