On Monday, August 25, 2014, at approximately 12:20 p.m. the Hills Bandit robbed the California Bank and Trust, located at 4320 La Jolla Village Drive, Suite 100, San Diego California. The suspect walked up to the teller and displayed a note which stated this was a robbery and demanded twenties, fifties and hundreds. He also made threats he had a gun and would start shooting people. No gun was seen. No injuries were reported during this robbery.

On Friday, August 22, 2014, at approximately 12:20 p.m., the Hills Bandit robbed a Wells Fargo Bank branch located at 30160 Town Center Drive in Laguna Niguel, California. During this robbery, he used a handwritten note and demanded 100s, 50s, and 20s. He threatened he had a gun and would shoot everyone. No gun was displayed. No injuries were reported during this robbery.

The Hills Bandit is a white male between 40 to 50 years of age. He is approximately 5’6” to 6’0” tall and weighs approximately 180 to 190 pounds. The suspect wears glasses and a baseball hat. In previous robberies, he wore a Raiders, Chargers, or Titleist baseball hat. During both the August 22, 2014 robbery in Laguna Niguel and the August 25, 2014 robbery in San Diego, he wore a red Anaheim Angels baseball hat. He has also been observed carrying a blue bank deposit bag during each of the robberies. A silver vehicle was seen at two of the robberies.

For more information on these robberies, to see more photos of The Hills Bandit, or to learn about other bank robberies visit https://bankrobbers.fbi.gov. 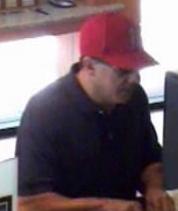 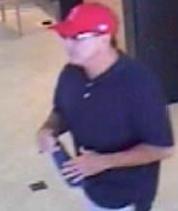 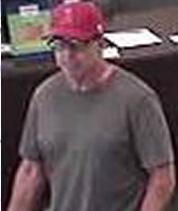 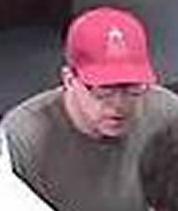