The FBI and San Diego Sheriff’s Department are seeking the public’s assistance to identify an unknown male who is responsible for robbing the Chase Bank branch located at 985 East Vista Way in Vista, California, on Thursday, November 6, 2014, at approximately 9:55 a.m.

The lone male robber in today’s robbery is believed to be the Bearded Bandit. However, he changed his appearance and was clean-shaven and wearing a light Panama-style hat. The Bearded Bandit is also believed to be responsible for the October 15, 2014 robbery of the Chase Bank branch located at 1641 South Melrose Drive in Vista, California and the October 7, 2014 bank robbery at the Wells Fargo Bank branch located at 685 Saturn Boulevard in San Diego, California.

The Bearded Bandit is described as a white male between 25 to 35 years old standing between 5’7” and 5’10” and weighing between 170 to 190 pounds. He has short, brown hair that is slightly receding at the front. During the November 6, 2014 robbery he was clean-shaven; during the October 14, 2014 robbery, he only had a goatee; and during the October 7, 2014 robbery, he had a full brown beard. In all three robberies he wore a long-sleeved, buttoned-down shirt and long pants.

For more information on the Bearded Bandit, and other bank robberies, visit https://bankrobbers.fbi.gov. 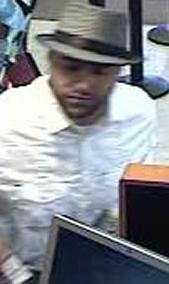 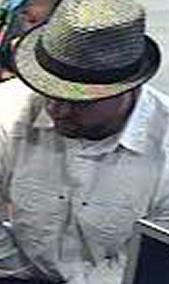 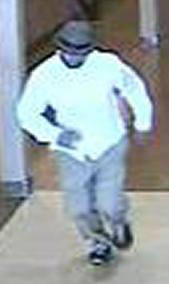 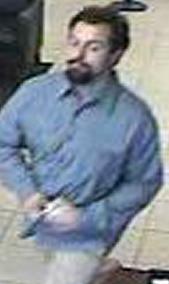 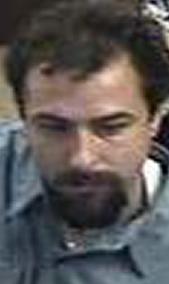 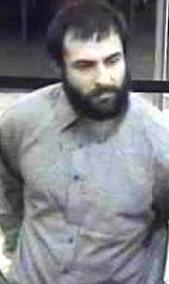 Anyone with information concerning this robbery is asked to contact the FBI at telephone number (858) 320-1800 or Crime Stoppers at (888) 580-8477. This robber should be considered armed and dangerous.