The FBI and the San Diego Police Department are seeking the public’s assistance to identify the unknown male responsible for robbing the Chase Bank branch located at 101 West Broadway, San Diego, California, on Saturday, December 26, 2015.

On Saturday, December 26, 2015, at approximately 11:59 a.m. the Chase Bank branch located at 101 West Broadway, San Diego, California, was robbed by an unknown male. During this robbery, the unknown male (hereinafter referred to as the robber) passed a demand note to the teller demanding cash. The robber also made a verbal demand for money and threatened to use a bomb if he did not receive any money. After receiving a sum of money from the teller, the robber fled the bank headed eastbound on foot. No injuries were reported as a result of the robbery.

Clothing: Dark navy blue clothing and a blue stocking cap with “California” on the front 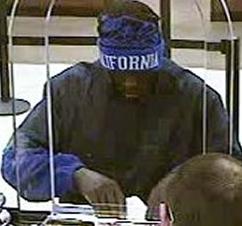 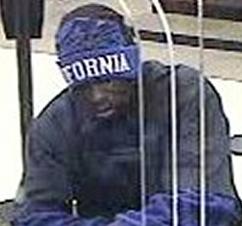 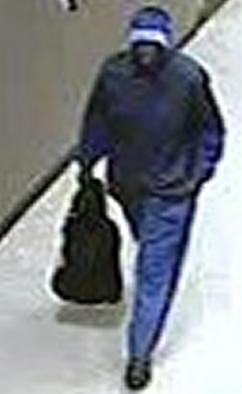 Anyone with information concerning this robbery is asked to contact the FBI at telephone number (858) 320-1800 or San Diego Crime Stoppers at (888) 540-8477. To view photographs of other wanted San Diego bank robbers, please visit https://bankrobbers.fbi.gov.