The FBI and Escondido Police Department are seeking the public’s assistance to identify the unknown male responsible for robbing the U.S. Bank branch located inside the Albertsons grocery store at 1509 East Valley Parkway in Escondido, California, on Friday, September 4, 2015.

On Friday, September 4, 2015, at approximately 3:30 p.m., an unknown male (hereinafter referred to as the robber) robbed one of the tellers at the U.S. Bank branch located inside the Albertsons grocery store at 1509 East Valley Parkway in Escondido, California. At the time of the robbery, the robber approached the victim teller and presented a demand note for cash. The demand note demanded money and threaten to shoot the teller if he did not get any money. The robber also verbally threatened to shoot the teller and motioned to his right pocket. The teller provided the robber a sum of money, and the robber subsequently exited the grocery store. No injuries were reported. 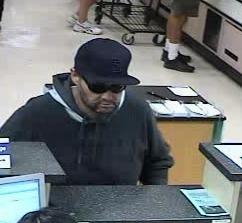 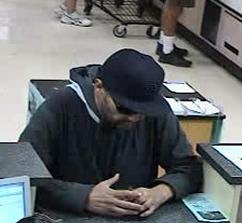 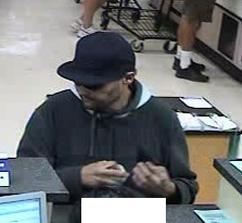