Phoenix, AZ — Hate crimes are the highest priority of the FBI’s civil rights program because of the devastating impact they have on families and communities. We know that, historically, hate crimes are underreported. To help our community recognize the importance of the issue and to encourage people to report incidents to law enforcement, the FBI in Phoenix is launching a hate crimes awareness campaign throughout the state.

The FBI continues to coordinate with local leaders from diverse communities to make sure these crimes are being reported. The campaign also includes paid advertising with:

This Arizona effort ties with a national FBI awareness campaign that hopes to drive education efforts and increase reporting: “Protecting Our Communities Together: Report Hate Crimes”.

We are asking people to report potential federal hate crime violations by contacting us at one of the national tipline options: 1-800-CALL-FBI or tips.fbi.gov.

There are a number of federal laws that give the FBI the ability to investigate hate crimes. Those laws generally require some kind of criminal act AND a finding that the person committing the act did so because he/she was motivated by bias. The criminal act can include offenses such as murder, assault, arson, and it generally requires the use or threat of force or violence. For an incident to qualify as a federal hate crime, the subject(s) must have acted wholly or in part based on the victim’s actual or perceived status. This is generally consistent with state law. Under federal law, bias motivators include: 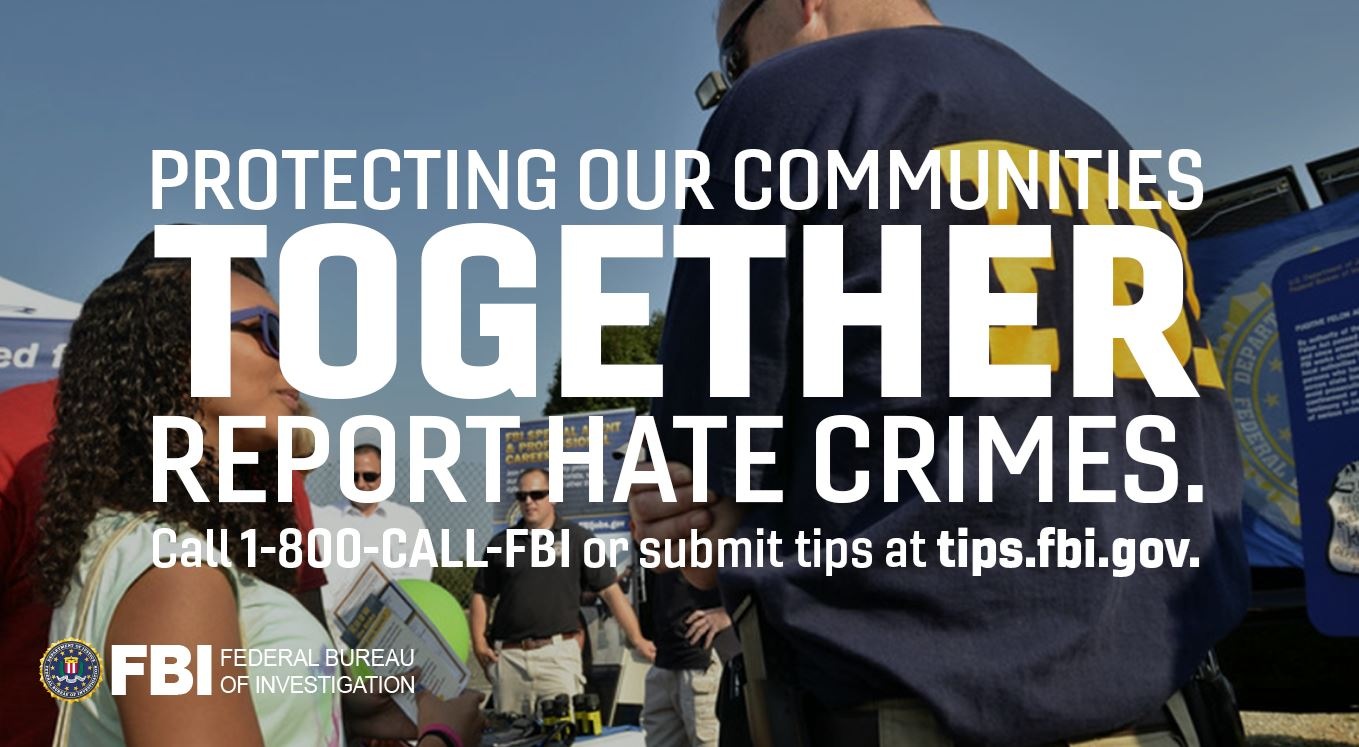 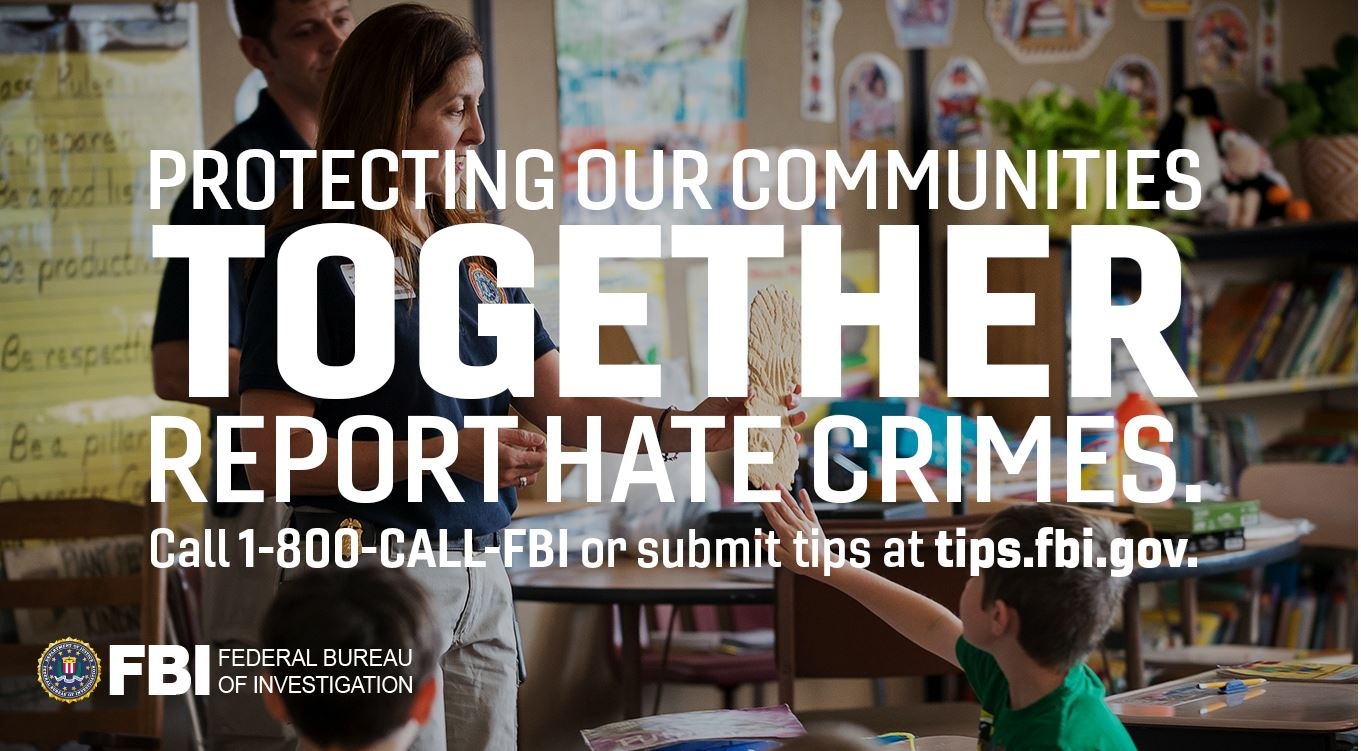 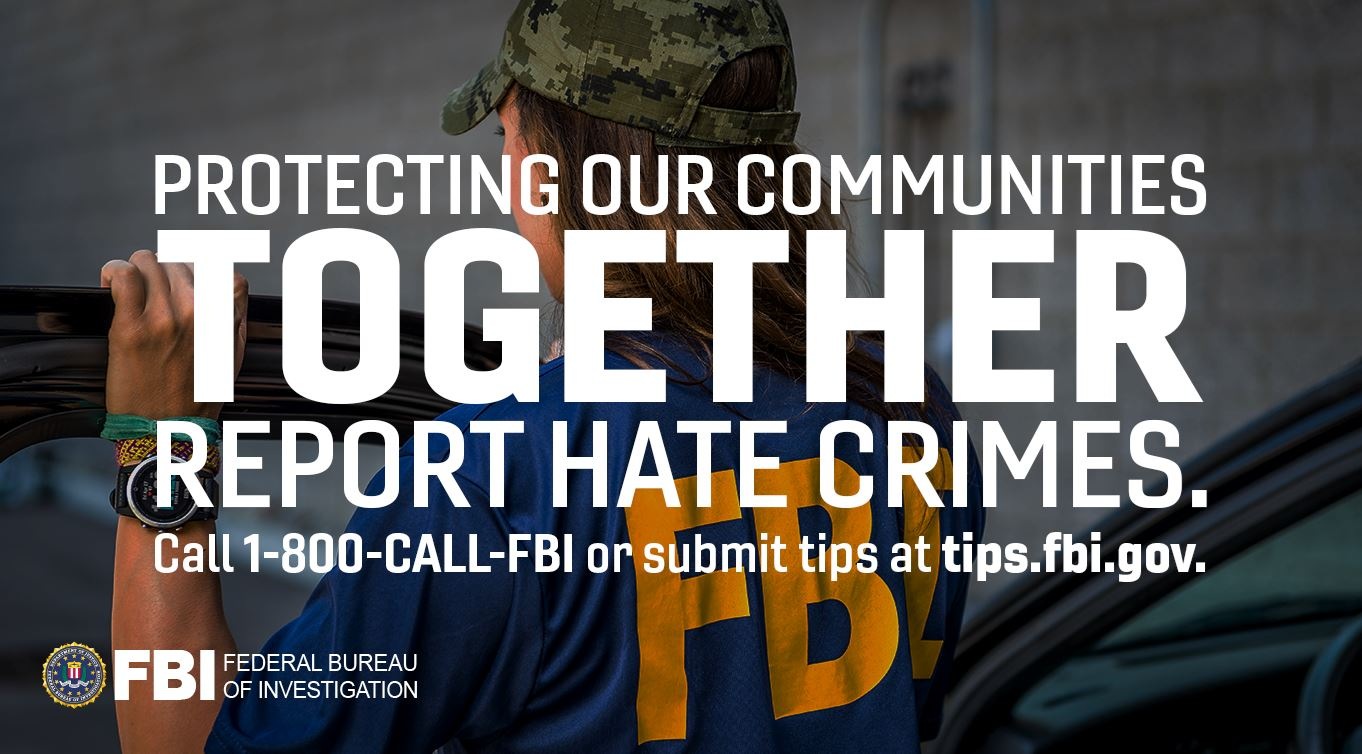 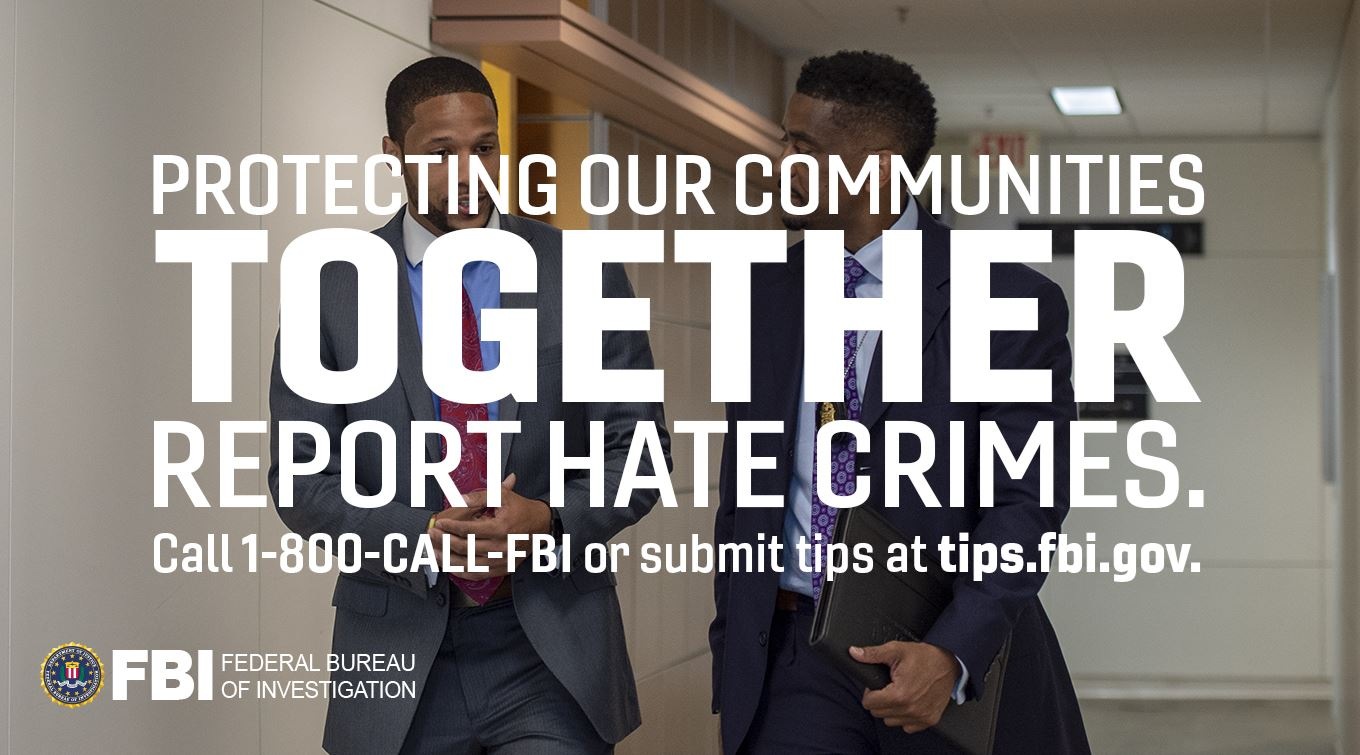