This past January, Eyal Shapira, President of Pennsylvania and Southern Railway, Inc., was recognized by the Federal Bureau of Investigation with the Director’s Community Leadership Award. Mr. Shapira was nominated for this prestigious award by the Special Agent in Charge of the Newark FBI Office and will be travelling to Washington, D.C. on April 20th to participate in the formal ceremony with FBI Director Christopher Wray.

Mr. Shapira is known for his humanitarian efforts aimed at supporting his communities and to those individuals who have served, currently serving, or are looking to serve in our military and Special Forces. For over 20 years, Mr. Shapira has assisted charities, schools, food pantries, and other groups. He works diligently to create employment opportunities, provides assistance, and organizes events for homeless veterans, active service members, and their families. At his New England home, Mr. Shapira has developed a training and wellness center for young adults with the skills necessary to pursue a military career without charge. It also offers a country retreat for service members and their families who need to get away and relax.

More recently, Mr. Shapira has become a benefactor to our nation’s Gold Star Mothers. Through frequent memorials, events, trips, and retreats, he has committed himself to supporting families who have made the ultimate sacrifice for their country and covers all charges. This includes a living memorial at the training and wellness center for those lost in recent battles. In all of these efforts, Mr. Shapira strives to respect the privacy of our service members and their families and requests not to be acknowledged publicly for his kindness.

Mr. Shapira is a recent graduate of the FBI Newark Citizens Academy (CA). Upon graduating from the CA, Mr. Shapira immediately became an active member of the NJ Chapter of the FBI Citizens Academy Alumni Association. He recently organized four community outreach seminars for approximately 100 executives from 32 corporations in New Jersey. The purpose of these seminars were to build a strong bond between the FBI and our community partners. 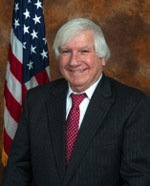 “Mr. Shapira is an exemplary role model and citizen who goes above and beyond the call of service to make life better for young men and women of the military,” stated Acting Special Agent in Charge Bradley W. Cohen of the FBI Field Office. “His service to the community and dedication to helping others is an inspiration for all of us at the Newark FBI Office.”

The Director’s Community Leadership Award is presented on behalf of the FBI and was formally created in 1990 as a way to publicly honor those who have gone above and beyond the call to service by tirelessly working to make their own cities and towns a better and safer place for their fellow residents.