The FBI Detroit Division has created an email for the public to report suspicion of public corruption directly to FBI special agents and analysts. The email is MichiganCorruption@fbi.gov.

Public corruption occurs when anyone who works for the government—local, state, or federal—conducts an official act in exchange for money, goods, or services. It also includes public employees who take something of value for their own personal gain. Public corruption could include bribery, kickbacks, or bid-rigging. It might even mean that no action is taken—like not enforcing or imposing certain local regulations.

“Most public officials are committed to serving their communities with integrity. Unfortunately, we continue to see elected and appointed officials across the state of Michigan who use their positions for personal gain,” said FBI Detroit Special Agent in Charge Timothy Waters. “The FBI has a solemn responsibility to investigate allegations of public corruption and we are asking the public’s help to identify those officials who are abusing their positions and the public’s trust.”

Public corruption erodes public confidence, undermines the strength of our democracy, and is the top criminal priority for the FBI. Many of the FBI’s investigations start with a tip from the public. This information is critical to our work and without the assistance of concerned citizens, public corruption can be difficult to detect.

Anyone with information about public corruption anywhere in Michigan should report it directly to FBI Detroit special agents and analysts at MichiganCorruption@fbi.gov. If you prefer to do so anonymously, you can call the FBI at 1-800-CALL-FBI or submit tips online at tips.fbi.gov. 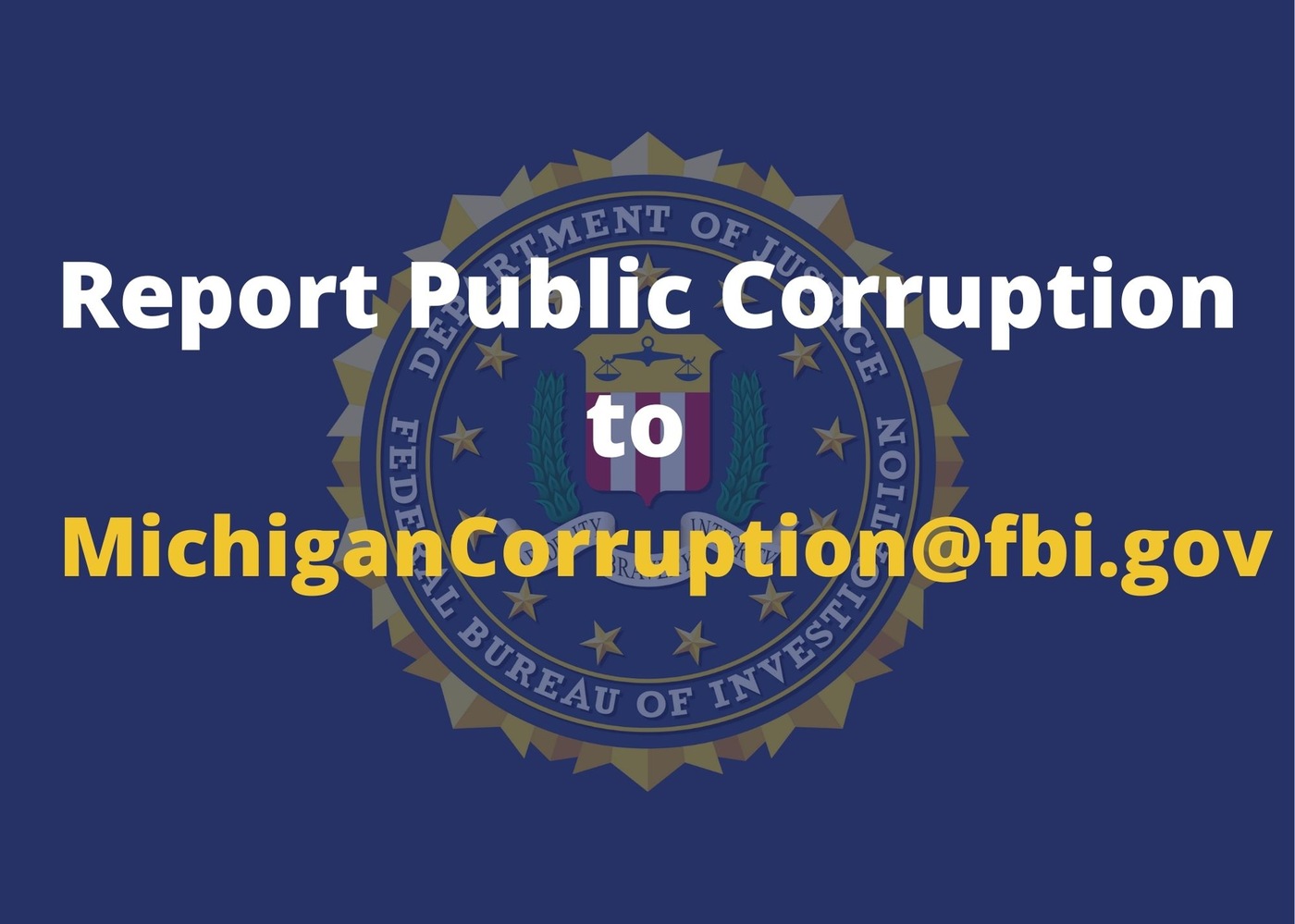