The FBI is offering a $1,000 reward for information that leads to the arrest and conviction of an inmate who escaped from a hospital in Española, New Mexico, on Dec. 25, 2018, and is now wanted on federal charges.

Ricky Martinez, 27, is wanted on federal charges of Assault with Intent to Commit Murder; Assault with a Dangerous Weapon; and Assault Resulting in Serious Bodily Injury.

The charges stem from an incident that occurred on Ohkay Owingeh Pueblo, New Mexico on Sept. 2, 2017.

Martinez, of Chimayó, New Mexico, was facing local charges when he escaped. The reward applies to the federal charges.

A federal grand jury in Albuquerque indicted Martinez on Jan. 10, 2019, and a federal warrant was issued for Martinez’s arrest.

Anyone with information on the whereabouts of Martinez is asked to contact the FBI at (505) 889-1300 or online at tips.fbi.gov.

Martinez should be considered armed and dangerous.

An FBI poster about Martinez can be found at: https://www.fbi.gov/wanted/additional/ricky-martinez

The following is a description of Martinez:

He has a large tattoo of Jesus on the right side of his neck.

Martinez has ties to Española and Chimayó. 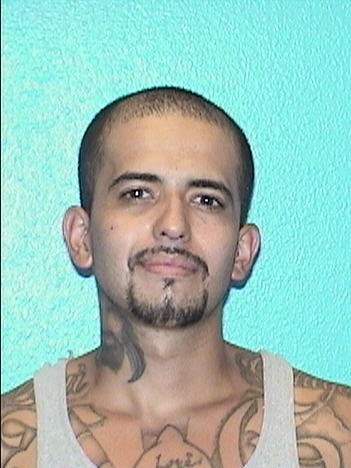