FBI Offers $1,000 in Case of Albuquerque Man Charged with Kidnapping

FBI Offers $1,000 in Case of Albuquerque Man Charged with Kidnapping

A federal arrest warrant has been issued for an Albuquerque man charged with a July 26, 2018 kidnapping.

Jose Ramirez, 39, was allegedly involved in the kidnapping of a Placitas man who was later freed.

On July 27, a federal arrest warrant was issued by the United States District Court for the District of New Mexico, after Ramirez was charged with kidnapping, carjacking, interference with commerce by threats or violence (Hobbs Act), conspiracy, and aiding and abetting.

The FBI conducted a court-authorized law enforcement operation in the Pajarito Mesa area this morning in connection with this invesigation.

The FBI is offering a reward of up to $1,000 for information leading to the arrest and conviction of Ramirez.

Ramirez is considered armed and dangerous.

Anyone with information on Ramirez’s whereabouts is asked to contact the FBI immediately at (505) 889-1300 or online at tips.fbi.gov

The Albuquerque FBI Division is being assisted in this investigation by the Los Angeles and El Paso FBI Divisions and the New Mexico Corrections Department Probation and Parole Division.

The following is a description of Ramirez:

A photo of Jose Ramirez is attached.

The public is reminded that all persons are presumed innocent unless proven guilty in a court of law. 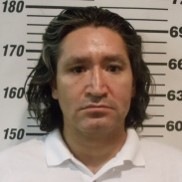