Another 10 defendants were transferred from the custody of the New Mexico Department of Corrections to the U.S. Marshals Service.

Three individuals remain at large and are considered fugitives: 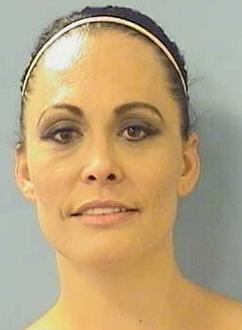 Shauna Gutierrez, 36, of Belen, charged with violent crimes in aid of racketeering (VICAR)-conspiracy to murder/attempt murder.

Leroy Torrez, 40, of Albuquerque, is wanted on a federal felon in possession of a firearm charge.

An additional defendant was arrested and charged federally as a felon in possession.

Three teams from the New Mexico Probation and Parole Division conducted an inspection of 11 identified SNM members currently on state probation, while the New Mexico Corrections Department locked down three of its facilities to conduct cell searches of SNM members in custody.

The defendants have been charged as part of a VICAR and Racketeer Influenced and Corrupt Organizations (RICO) Act indictment.

This operation was Phase II of Operation Atonement, in which more than 40 SNM members and associates were indicted and arrested in December 2015.

Angel DeLeon, 38, is still a fugitive from the earlier operation. His wanted poster can be found at https://www.fbi.gov/wanted/cei/angel-deleon/

Those arrested are scheduled to appear in U.S. District Court in Albuquerque on Friday at 1:30 p.m.

More information will be released following the court appearances.

The public is reminded that defendants are presumed innocent unless convicted in a court of law.