FBI Director Christopher Wray emphasized during a trip to Albuquerque the FBI’s commitment to do everything it can to help its law enforcement partners deal with an increase in violent crime in the area.

Speaking to a room full of agency heads at the Albuquerque FBI Division, Director Wray pointed out the FBI Violent Crime Gang Task Force (VCGTF) has been busy taking hundreds of dangerous offenders off the streets and sending them to federal prison.

“For now, all of us in this room, state, local, federal law enforcement, are working together day after day to make sure those in the community who are really driving the violence are brought to federal court where they're going to face steeper sentences,” the Director said during a news conference Wednesday, March 30, 2022.

Director Wray said the FBI would evaluate what additional resources could be provided, but made clear: “We're determined to stand shoulder to shoulder with our partners here.”

Since its creation in April 2019, the VCGTF has made almost 500 federal arrests in the Albuquerque area and seized about 350 guns.

The VCGTF is comprised of about 40 members from the Albuquerque, Belen, and Rio Rancho police departments, Bernalillo and Valencia County sheriff’s offices, New Mexico State Police, as well as the FBI and DEA.

Special Agent in Charge Raul Bujanda outlined an ongoing outreach campaign that included digital billboards along interstates and busy roads in Albuquerque and Las Cruces. He referred to a copy of the billboard on a large computer monitor nearby.

“It’s not a slogan, but a promise that “Gun Crime Equals Federal Time—No Parole,” just like the monitor says,” SAC Bujanda said.

Anyone with information on violent crime is asked to contact the FBI at 1-800-CALL-FBI or tips.fbi.gov. 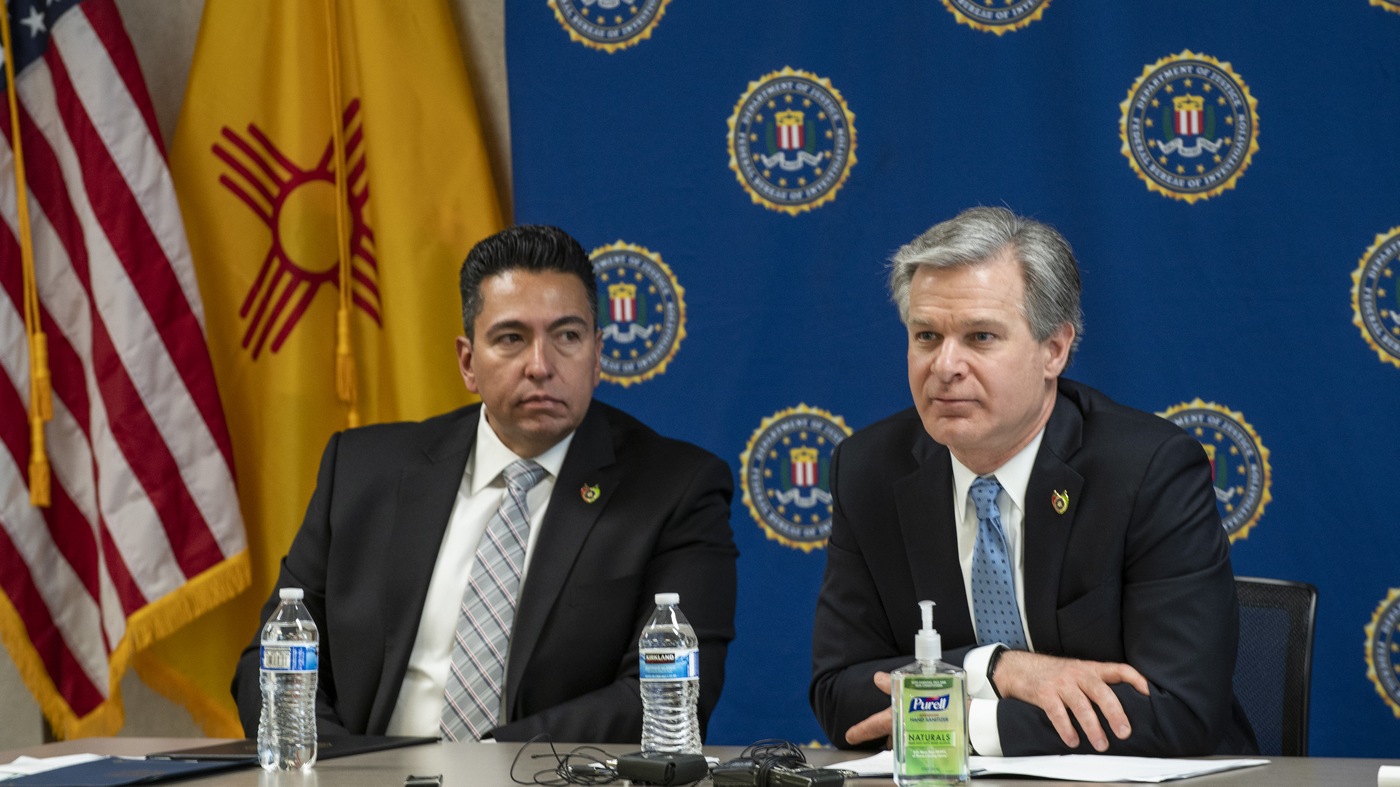