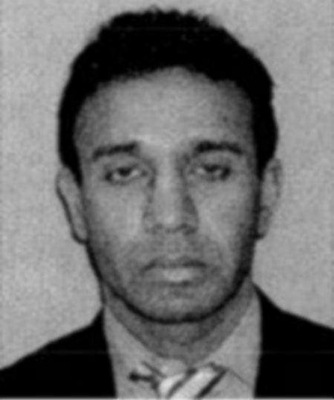 The FBI is offering a reward of up to $20,000 for information leading to the arrest and conviction of Shaileshkumar P. Jain.

Jain is a United States citizen who has ties to Brazil, Canada, India and the Ukraine.

Shaileshkumar P. Jain, along with his co-conspirator, Bjorn Daniel Sundin, is wanted for his alleged involvement in an international cybercrime scheme that caused internet users in more than 60 countries to purchase more than one million bogus software products, resulting in consumer loss of more than $100 million. It is alleged that from December 2006 to October 2008, through fake advertisements placed on legitimate companies’ websites, Jain and his accomplices deceived internet users into believing that their computers were infected with “malware” or had other critical errors in order to encourage them to purchase “scareware” software products that had limited or no ability to remedy the purported defects.

Jain and his co-conspirators allegedly deceived victims, through browser hijacking, multiple fraudulent scans and false error messages, into purchasing full paid versions of software products offered by their company, Innovative Marketing, Inc. The proceeds of these credit card sales were allegedly deposited into bank accounts controlled by the defendant and others around the world, and were then transferred to bank accounts located in Europe. When customers complained that their purchases were actually fraudulent software, call center representatives were allegedly instructed to lie or provide refunds in order to prevent fraud reports to law enforcement or credit companies.

On May 26, 2010, Jain was indicted in Chicago, Illinois, by a federal grand jury for the United States District Court, Northern District of Illinois. He was indicted for wire fraud, conspiracy to commit computer fraud and computer fraud. That same day, a federal warrant was issued for Jain’s arrest.