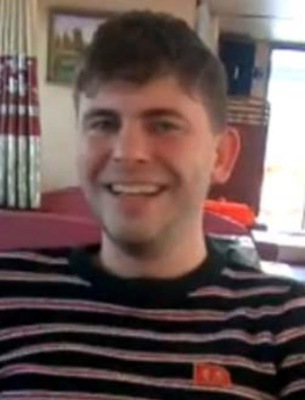 Emms is known to reside in the United Arab Emirates (UAE) and was known to be in Saudi Arabia in or about March of 2022.  He has family residing in the United Kingdom.  Emms has been known to establish various business interests in multiple countries to include UAE, Malta, Gibraltar, and throughout Europe.

Christopher Douglas Emms is wanted for allegedly conspiring to violate the International Emergency Economic Powers Act (IEEPA). Specifically, conspiring to violate United States sanctions on the Democratic People’s Republic of Korea (“DPRK” or “North Korea”) by working with an American citizen to illegally provide cryptocurrency and blockchain technology services to the DPRK.

Beginning in or about early 2018, Emms, a cryptocurrency businessman, planned and organized the “Pyongyang Blockchain and Cryptocurrency Conference” for the benefit of the DPRK.  Emms allegedly recruited an American cryptocurrency expert to provide services to the DPRK at the Conference and arranged his travel to the DPRK in April of 2019 for this purpose, in violation of United States sanctions.  Emms and the expert allegedly answered specific questions about blockchain and cryptocurrency technologies for the DPRK audience, including individuals whom they understood worked for the North Korean government, proposed plans to create specialized “smart contracts” to serve the DPRK’s unique interests, and mapped out cryptocurrency transactions designed to evade and avoid United States sanctions, including by diagramming such transactions on a whiteboard for the North Korean audience. Emms allegedly took steps in an effort to conceal their activity, and the expert's role in the conspiracy, from United States authorities.  The expert was arrested by United States authorities in November of 2019, disrupting the scheme.  At no time did Emms, or co-conspirator Alejandro Cao de Benós, obtain permission from the Department of the Treasury, Office of Foreign Assets Control (“OFAC”), to provide goods, services, or technology to the DPRK, as is required by law.

A federal arrest warrant was issued for Emms in the United States District Court, Southern District of New York, New York, New York, on January 27, 2022, after he was charged with Conspiracy to Violate the International Emergency Economic Powers Act (IEEPA).