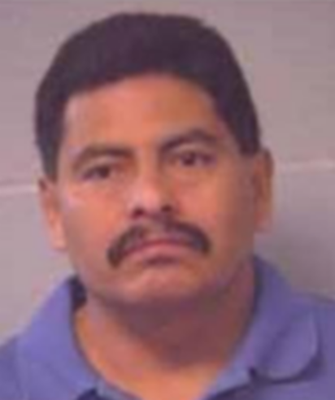 Quezada previously lived in Chicago, Illinois, and may have ties to Northwest Indiana and Mexico.

Juan Najera Quezada is being sought for his alleged involvement in the sexual abuse of a six-year-old female in Chicago, Illinois in June of 2007.

In August of 2007, Quezada was arrested by Chicago Police Department officers after he was identified as having sexually assaulted the child, who lived in the same apartment building as him. At the time of the incident, Quezada resided with a woman who ran a daycare service out of the home. Quezada failed to appear following his release on bond from the arrest, and is also being sought for questioning in connection with the sexual assault of another child while out on bond.

Quezada was charged with aggravated criminal sexual abuse of a child by the Circuit Court of Cook County, Illinois, and a state warrant was issued for his arrest on September 30, 2008. On February 9, 2012, Quezada was charged in the United States District Court, Northern District of Illinois, Eastern Division, Chicago, Illinois, with unlawful flight to avoid prosecution and a warrant was issued for his arrest.