The Case of the Misbranded Drug

The Case of the Misbranded Drug

Leads to Massive Fine and Penalties 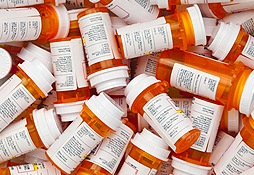 Fake treatments and bogus billings are all too common in the mega-billion-dollar business of health care fraud. But there’s another serious dimension to the problem, especially when it comes to the health and safety of the American people.

It’s called misbranding, and it involves hawking the benefits of a prescription drug without government approval or even claiming the drug can do something it can’t.

A good case in point: the prescription pain killer Vioxx, which first hit the shelves in May 1999 after approval by the Food and Drug Administration (FDA). The drug—manufactured by Merck (now known as Merck, Sharpe, & Dohme)—was designed to treat osteoarthritis, acute pain, and dysmenorrhrea (painful menstrual cramps).

The trouble began when Merck sales reps began claiming the drug could also treat rheumatoid arthritis. Under federal law, in order to change or add a new usage for an already-approved drug, companies must either amend their original applications or submit a new one…complete with information about clinical trials and proposed labeling. Merck did submit an amended application, but not until 2001, almost two years after the company had been marketing Vioxx as a treatment for rheumatoid arthritis. FDA did not approve that application until April 2002. So that meant that from May 1999 to April 2002, Merck was promoting and selling a misbranded drug—despite an FDA letter of warning issued in September 2001.

At the same time, Merck representatives were making inaccurate, unsupported, or misleading statements about Vioxx’s cardiovascular safety in order to boost the sales of the drug. But in September 2004, Merck voluntarily pulled Vioxx from the market when a study was halted because of an increased risk of heart attacks and strokes in study patients taking Vioxx.

Our investigation began in late 2004, when our Boston office and the local U.S. Attorney’s Office learned about possible illegal activity surrounding the promotion and marketing of Vioxx before it had been taken off the market.

Health care fraud cases are typically labor intensive, and this one was no exception, involving the review of thousands of Merck documents and interviews of numerous Merck employees, field sales representatives, doctors, consultants, researchers, and others. The case was truly a team effort with partners including the Department of Health and Human Services, FDA, Veterans Administration, Office of Personnel Management, and the National Association of Medicaid Fraud Control Units.

The multi-year investigation paid off in a massive way: Last month, Merck was ordered to pay a criminal fine of $321 million for introducing a misbranded drug into interstate commerce after pleading guilty late last year. In November 2011, Merck also entered into a civil agreement to pay $628 million to resolve additional allegations regarding off-label marketing of Vioxx and false statements about the drug’s cardiovascular safety.

Together, that’s nearly $950 million in penalties that will be returned to federal and state health care programs, a significant windfall to taxpayers.

Another significant outcome: Merck agreed to enter into a corporate integrity agreement with the Department of Health and Human Services’ Office of Inspector General that will strengthen the system of reviews and oversight procedures imposed on the company.

It all goes to show that crime doesn’t pay…or as Boston FBI Special Agent in Charge Richard DesLauriers says, “No corporation is immune from being held accountable for criminal and civil violations of the law.”

FBI.gov recently visited New Mexico for a firsthand look at how the Bureau and our partners fight crime on tribal lands. This is the first in a series of stories.