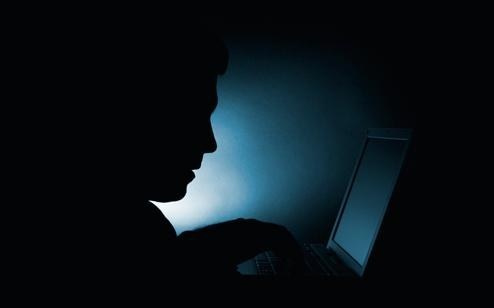 Social media is a great vehicle for keeping up with friends and family, networking with colleagues, and sharing common interests with others—and it’s an especially popular way for young people to communicate with one another. But, like a car that’s stolen by a bank robber to be used as a getaway vehicle, social media accounts can be hijacked by criminals and others for nefarious purposes. And it’s often a young victim at the other end of the computer.

Which is why parents need to be aware of what could happen if their child unknowingly comes across someone on social media who poses a threat—and should talk to their kids about it. (See sidebar.)

Case in point: a 23-year-old California man who was recently sentenced to 29 years in federal prison for attempting to produce child pornography and enticing a minor. Jordan James Kirby used Facebook to solicit juvenile girls (as well as women) for sexually explicit photos, which he would then use to extort the victims for additional pictures and/or for sex acts with him.

Kirby, who lived in Paradise, California, created several bogus Facebook profiles through which he contacted hundreds of victims, many of whom were minor females. He would sometimes claim to be an agent for a modeling company and, after complimenting them on their looks, would offer the girls thousands of dollars for photos of themselves in various stages of undress. To tempt them, he posted pictures of himself holding large amounts of cash and photos of money spread out on top of his computer. Unfortunately, some of the girls he contacted were either duped by Kirby or enticed by the money and ultimately sent him the photos he requested.

Of course, once Kirby got the photos, he never sent the money. Instead, he would up the ante—threatening to send the photos to the girls’ parents or release them on the Internet unless they sent him yet more pictures, or, in some cases, met up with him for sex acts.

In addition to talking to your kids about the dangers of being sexually exploited online and offline, here are some concrete ways you can help them protect themselves on social media:

- Make sure the privacy settings on your kids’ social media accounts are high, but also keep in mind that information can inadvertently be leaked by friends and family, so remind kids they should still be careful about posting certain information about themselves—like street address, phone number, Social Security number, etc.

- Remind your kids they should post only what they’re comfortable with others seeing. Encourage them to think about the language they use online and to think before posting pictures and videos. And remind them that once they post something, they can’t take it back.

- Be aware of who your kids’ online friends are, and advise them to accept friend requests only from people they know personally.

- Encourage your kids to tell you if they feel threatened by someone or uncomfortable because of something online.

- Report inappropriate activity to the website or to law enforcement.

- Know that teens are not always honest about what they are doing online. Some will let their parents “friend” them, for example, but will then establish another space online that is hidden from their parents.

Kirby’s illicit activities became known when the parents of one of his victims—after discovering information on a home computer—contacted the FBI’s Chico Resident Agency out of our Sacramento Field Office. Our case agent then contacted a detective with the Paradise Police Department for assistance with identifying local suspects. After the execution of several search warrants on Internet service providers, investigators identified and arrested Kirby in May 2014 on state criminal charges. In the meantime, the federal case was being built against him.

This joint investigation made good use of an FBI child forensic interviewer, the FBI’s Computer Analysis Response Team, and the Paradise Police Department’s familiarity with the town’s young people.

Earlier this year, Kirby pled guilty in federal court to six criminal counts involving victims between the ages of 10 and 15. And this past May, he was sentenced to 29 years in prison.

A key aspect of the case, according to the FBI agent who worked it, was the willingness of that one victim’s parents to immediately come forward to the FBI with their concerns—and computer devices, potentially containing evidence—when they suspected their daughter may have been victimized. Their action not only led to the eventual identification of Kirby, which protected their daughter from further contact with him, but also protected an unknown number of young girls who could have been victimized by him in the future.