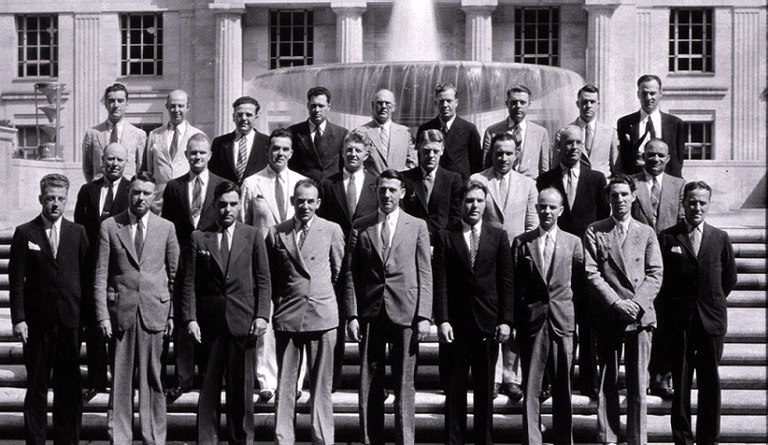 The first class of police officers at the FBI’s police training school—the National Academy—assembled in July 1935 in Washington, D.C., for the inaugural 12-week session.

Eighty years ago today, on July 29, 1935, the FBI opened its training facilities and expertise to law enforcement officers across the U.S., and the National Academy was born.

The idea of a national training academy was first raised in late 1934 as part of U.S. Attorney General Homer Cummings’ “war on crime.” FBI Director J. Edgar Hoover then fleshed out an idea for professional education for law enforcement officers at the annual meeting of the International Association of Chiefs of Police (IACP) held in early July 1935. An IACP committee on police training had urged Director Hoover, who spoke at the conference on the value of professional police training, to consider offering such training under FBI auspices.

Hoover returned to Washington, and later that month, the first class of 23 officers from across the country began training with the FBI. They took a wide array of classes detailing the latest research and experience on police procedure, forensic science applications, the law, and other important issues. This first class graduated from this 12-week training course on October 19, 1935.

Partnerships and publicity led to the rescue of an American boy on a South Pacific island.