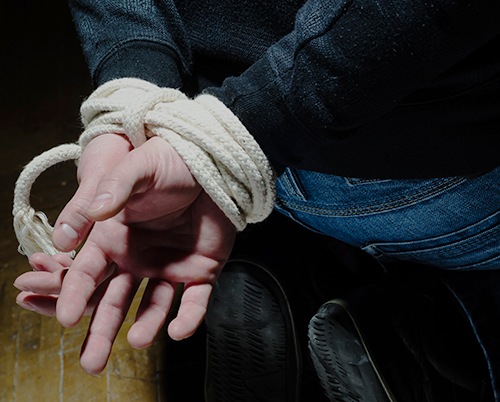 The crimes and violence associated with Mexican drug trafficking organizations can reach almost anywhere in the United States, as evidenced by a 2014 kidnapping in rural South Carolina that resulted in the convictions of three cartel-connected men—one of whom was recently sentenced to more than five decades in prison.

On the morning of July 9, 2014, in the small town of St. Matthews, South Carolina, 23-year-old Cory Still left home for his job as a roofer, but he never made it to work. His fiancée found his abandoned truck on the side of the road a few hours later with the keys still in it, and her family filed a missing person report with the Calhoun County Sheriff’s Office. When the woman’s cell phone rang that night, the caller informed her that Still was alive, that instructions would come in 24 hours, and that Still’s father had better be there to answer the next call.

Still—who would later be charged and plead guilty to conspiracy to distribute marijuana—had been kidnapped because of his father’s $200,000 debt to the cartel over a missing drug shipment. The FBI was contacted the next morning, and what followed was an intense, six-day law enforcement effort that involved several FBI offices and hundreds of Bureau personnel from around the country, including crisis negotiators, linguists, SWAT, and the Hostage Rescue Team.

“We worked around the clock interviewing Still’s family and associates to develop and run to ground every possible lead,” said Special Agent Luke Davis, who is assigned to the FBI’s Columbia Field Office. “Thanks to a crucial error made by one of the kidnappers, within a few hours, we were able to identify a cell phone and track them to rural eastern North Carolina.”

The first ransom call to Still’s fiancée showed a number that originated from Mexico. Investigation revealed that minutes prior to that call, the caller had dialed a number with a 910 area code, which is in North Carolina.

Agents worked quickly to obtain a court order to monitor those phone numbers, which would eventually lead to Still and the arrest of three subjects. But during much of the time he was held hostage, the victim was blindfolded, threatened at gunpoint, bound with zip ties and rusty chains and padlocks, and made to lie on the floor for days.

At times during more than a dozen ransom calls, the kidnappers told Still’s father he was going to find his son with his eyes cut out, Davis said. Other calls implied that if the money wasn’t paid, “they were going to close the case,” meaning Still would be killed. “There is no doubt in my mind that if we didn’t find him, he would not be alive today,” Davis added.

Based on the phone monitoring and subsequent physical surveillance, it was determined that the kidnappers might be holding Still in North Carolina. In the early morning hours of July 15, 2014, six days after Still’s abduction, operators with the FBI’s Hostage Rescue Team executed a search warrant in Garland, North Carolina. One of the kidnappers, Juan Fuentes-Morales, was arrested. Agents recovered the cell phone they had been monitoring and a pistol used during the abduction—but Still was nowhere to be found.

A short time later, the FBI’s Charlotte and Richmond SWAT teams executed another search warrant near Roseboro, North Carolina, where they found Still blindfolded and chained to a workout bench on the floor. The other two kidnappers, Ruben Ceja-Rangel and Luis Castro-Villeda, were arrested at the scene.

In 2015, Castro-Villeda pled guilty to kidnapping and other charges and was sentenced to 30 years in prison. Last month, a federal judge sentenced Ceja-Rangel to a prison term of 56 years. Fuentes-Morales has yet to be sentenced.

Davis credits his dedicated FBI colleagues and local law enforcement personnel for Still’s safe return and for taking three violent criminals off the streets. Did it surprise him that Mexican drug cartels had made it to small-town South Carolina? “Not at all,” he said. “The traffickers are everywhere.”