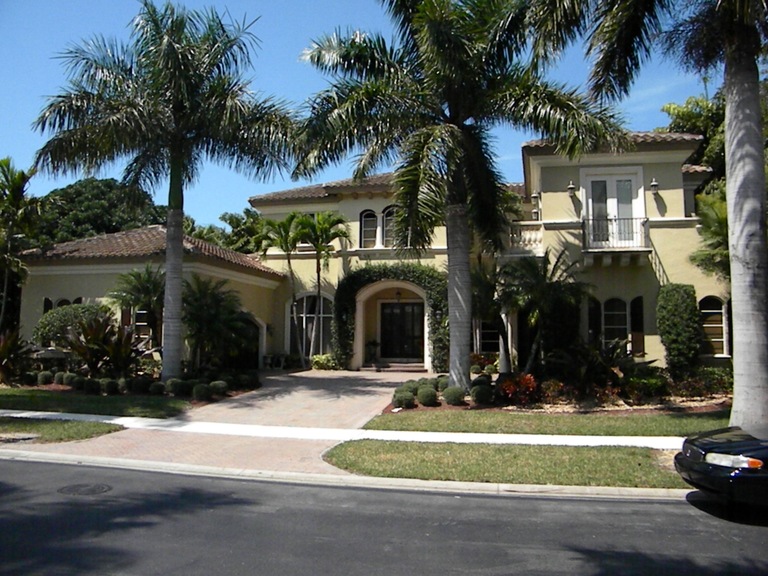 With the substantial proceeds of his long-running fraud scheme, Jeffrey Spanier enjoyed a lavish lifestyle that included buying fancy cars, boats, and this home in Boca Raton, Florida, which he was ordered to forfeit.

An elaborate and long-running financial fraud carried out by a Florida man and co-conspirators cost business executives and shareholders of publicly traded corporations more than $100 million—losses that in some cases forced companies to close their doors.

Jeffrey Spanier, who was recently sentenced to eight years in prison for his role in the scheme, fleeced some very savvy businessmen, including CEOs. “These were sophisticated investors asking the right questions,” said Special Agent John Roberts, who investigated the case from the FBI’s San Diego Division along with Special Agent Bridgid Cook. “But because of Spanier’s deception, misrepresentation, and omission of facts, it was very difficult for these businessmen to see the red flags and to protect themselves.”

Beginning in 2004 and continuing on and off for nearly a decade, Spanier’s firm, Amerifund Capital Finance, worked in conjunction with San Diego-based Argyll Equities to arrange loans to companies that needed operating capital or an infusion of cash to grow their businesses. In exchange, borrowers pledged company stock as collateral.

“Borrowing against stock is a legitimate concept,” Cook explained. “There is nothing illegal or bad business practice about using your stock as collateral against a loan.”

In a legitimate transaction, the borrower pays back the loan over time with interest, and the stock certificates are returned. But Spanier and his co-conspirators were anything but legitimate. They never had any money to loan. They financed the deals—and reaped substantial gains—by immediately selling the pledged stock without the borrower knowing. “Spanier would assure clients that their stock would not be sold,” Roberts said. “But that is exactly what he did.”

A company might have pledged $4 million in stock to get a $3 million cash loan. Sometimes CEOs pledged their personal stock. The business would make interest payments every quarter to service the loan, only to find out years later—after the debt had been repaid—that the stock was gone.

As a result, a number of civil suits were filed against Spanier, but still he kept the fraud going, continuing to insist to new customers that their stock would not be sold. After a lengthy investigation by the FBI, Spanier was indicted in 2012, along with Douglas McClain, Jr. and James Miceli. All were charged with multiple counts of conspiracy, mail fraud, wire fraud, securities fraud, and money laundering.

“Because of Spanier’s deception, misrepresentation, and omission of facts, it was very difficult for these businessmen to see the red flags and to protect themselves.”

In 2013, a jury found McClain—president of Argyll Equities—guilty on all counts, and he was sentenced to 15 years in prison and ordered to pay more than $81 million in restitution. Miceli committed suicide shortly before his trial.

In November 2016, Spanier was convicted of conspiring with McClain and Miceli to defraud clients by falsely representing that Argyll Equities was an institutional lender with significant cash to lend to corporate executives and other individuals. The jury rejected defense claims that Spanier was merely a broker who was unaware of the fraud scheme.

“These guys were making tons of money,” Roberts said. “They bought fancy houses, cars planes, boats. There was no question that Spanier was on the inside of the conspiracy, not the outside.”

At his sentencing in April 2017, a federal judge ordered Spanier to pay more than $20 million in restitution to his victims. Roberts said that while several million dollars in cash and property were forfeited after Spanier’s arrest, victims were likely to receive “pennies on the dollar” in restitution. “Unfortunately,” he said, “that is usually the case in these types of frauds.”

The Scourge of Child Pornography

In coordination with local, state, federal, and international partners, the FBI devotes extensive resources to fighting the sexual exploitation of children.

Bhadreshkumar Chetanbhai Patel, a 26-year-old wanted for the April 2015 murder of his wife in Maryland, has been named to the FBI’s Ten Most Wanted Fugitives list.