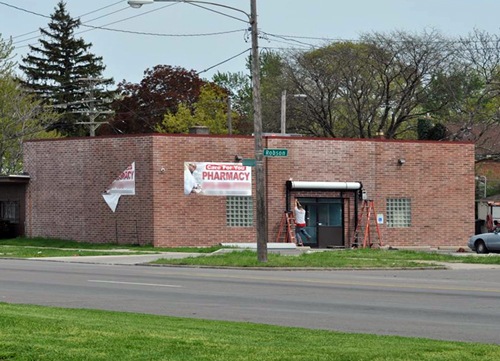 Care For You Pharmacy was one of the 26 Michigan pharmacies owned and/or operated by Babubhai Patel, who ran a criminal enterprise involved in health care fraud and drug diversion.

It was a combination health care fraud and drug distribution scheme on a massive scale. It involved 26 Michigan pharmacies, nine doctors, and two health care agencies. There were bribes and kickbacks aplenty and thousands of illegal doses of sought-after drugs like oxycodone and hydrocodone. And fraudulent billings to Medicare and Medicaid totaled more than $60 million, not to mention additional amounts to private insurers.

But the case began on a much smaller scale. In 2008, the Bureau learned that a single Michigan pharmacy was allegedly sending phony bills to Medicare and private insurance companies for prescription drugs. During the ensuing joint investigation with the Drug Enforcement Administration and the Department of Health and Human Services’ Office of Inspector General, however, we were able to connect a wide array of other pharmacies—and subjects—to this illegal activity. We also uncovered the illegal diversion of controlled substances to people who didn’t medically need them, as well as billings to the government and private insurers for millions of dollars of non-controlled medications that were never dispensed to patients.

In August 2011 and March 2013, a total of 39 individuals—including ringleader Babubhai Patel—were indicted on various federal health care fraud and drug charges related to this scheme, which ran from 2006 to 2011.

After a six-week trial, Patel was convicted and sentenced to a 17-year prison term in 2013. And just last month, the 38th defendant in the case was convicted in federal court. These defendants included pharmacists, doctors, home health care agency owners, an accountant, and a psychologist. (The 39th defendant is currently a fugitive believed to be outside the U.S.—law enforcement continues to pursue him.)

How the scheme worked. Patel, a pharmacist and businessman from Canton, Michigan, owned and/or controlled 26 pharmacies and several home health care agencies in that state, but he concealed his involvement in many of these facilities through the use of straw owners. He and his associates recruited a number of pharmacists—mostly from overseas—to staff his pharmacies and help facilitate his scheme to defraud government and private insurers.

Patel and his associates offered kickbacks and bribes to doctors willing to write medically unnecessary prescriptions, home health care referrals, and bills for other services to Medicare, Medicaid, and private insurers. He also provided kickbacks and bribes to patient recruiters—individuals hired to go out and find patients willing to share their insurance information—as well as other inducements, such as doses of the drugs from the illegally written prescriptions. Patient recruiters, in turn, would then offer some of the same inducements to government and private insurance patients to get the patients to fill their prescriptions at Patel-owned pharmacies.

Such an extensive and complex fraud scheme required a similar response from law enforcement, and we obliged with the same sophisticated investigative techniques we’ve been using for years against savvy fraudsters—careful reviews of financial records, interviews, physical surveillance, undercover scenarios, confidential sources, court-authorized wiretaps, and analysis of medical data and corporate filings.

When all was said and done, a prolific criminal enterprise was completely dismantled. And its ringleader discovered that crime really doesn’t pay: In addition to his 17-year prison sentence, Babubhai Patel was ordered to pay nearly $19 million in restitution to the insurance programs he had bilked.

Child predator Neil Stammer was arrested in Nepal after 14 years on the run.