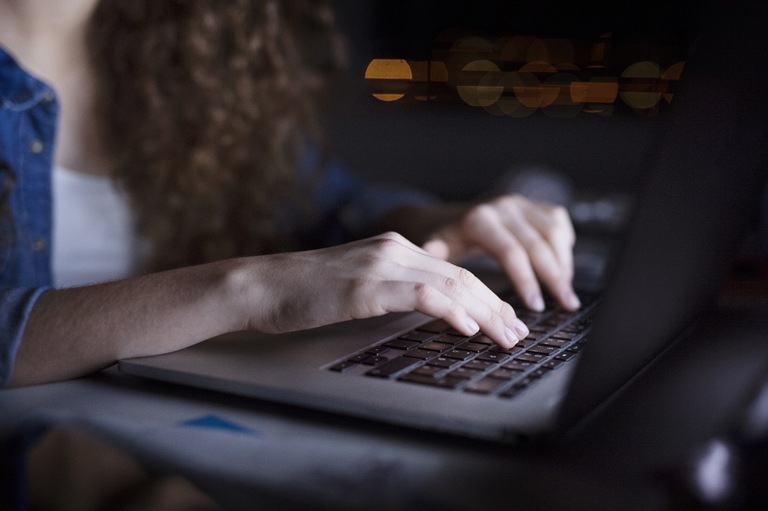 A 32-year-old Georgia man who pretended to be someone else online is behind bars after using familiar predatory tactics to coerce a 12-year-old girl to produce child pornography and send it to him.

The victims of this type of crime—commonly referred to as sextortion—are almost always vulnerable teenagers who are tricked online and then find themselves in a nightmare situation: They are afraid to tell their parents or friends what is happening, and believe complying with their abuser is the only solution.

“The predators typically pretend to be teenagers online and lurk on popular social media sites,” said Special Agent Kevin Orkin, who investigated the case from the FBI’s Atlanta Division. “The victims—striving for attention, maybe having issues with their parents, as teens often do—are easily manipulated.”

The predators establish an online relationship, flirt, and in time convince the victims to send them a sexually provocative picture. “That initial image might not be too incriminating by today’s standards,” Orkin said, but the predators use the image to blackmail the victims. If they don’t send more explicit material, the victims are told, the image will be shared online with their friends and family to humiliate them.

“The victims are too scared to tell anyone what’s going on,” Orkin said, “and before they know it, they are in way over their heads.”

In the case of the Georgia man, Gerardo Uribe, he masqueraded online as a 13-year-old boy, and later as a 25-year-old man. After the young victim sent a partially nude image of herself at his request in 2014, Uribe was eventually able to take over one of her social media accounts by resetting her password and then locking her out.

“The victims are too scared to tell anyone what’s going on, and before they know it, they are in way over their heads.”

With access to all her information, including the initial compromising image, Uribe coerced the girl into providing more sexually explicit material—four images that met the federal definition of child pornography.

The girl’s parents discovered the crime and reported it to the local sheriff’s office, which referred the matter to the FBI. Through various investigative methods, Uribe was located in Georgia and charged with child pornography offenses.

He pleaded guilty in August 2017, and in November 2017 was sentenced to 10 years in prison. A Mexican citizen who was living in the United States as a permanent resident, Uribe will be deported after he completes his prison term. Investigators said that Uribe had tried to victimize at least one other girl.

“Sextortion is a growing problem on social media sites,” Orkin said, and although it may be easy to blame the victims of sextortion for the predicament they find themselves in, he explained, “we are talking about children being manipulated by adults. It’s clear that these criminals are preying on their victims and taking advantage of them in the worst way.”

Orkin urged parents to routinely monitor their children’s Internet access and keep computers in common areas of the house. Because mobile devices are regularly used outside the house to connect to social media sites, Orkin also suggested that parents insist on knowing the passwords and PIN codes to their children’s online devices.

“When it comes to online relationships,” Orkin said, “the best practice for children is simple: If you don’t know a person in real life, don’t friend them on social media.”

January marks National Slavery and Human Trafficking Prevention Month, but a recent case in Wisconsin illustrates how the FBI works with its partners year-round to get dangerous traffickers off the streets and obtain justice for victims.

Preliminary crime statistics for the first half of 2017 show a decrease in overall crime when compared with the same time frame in 2016, according to the most recent Preliminary Semiannual Uniform Crime Report.