Theft from the Most Vulnerable 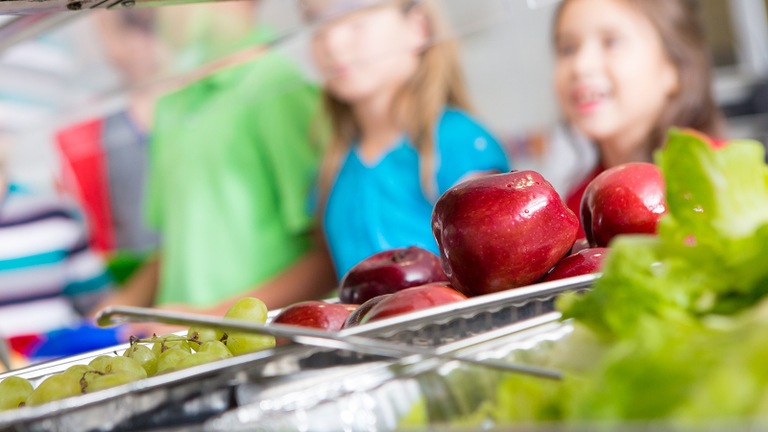 Gladys and Anthony Waits seemed to be living successful lives. He was a business owner; she worked for the state of Arkansas. They lived in a large, renovated home and drove high-end cars.

But the Waits’ lifestyle was a fraudulent one of the worst kind: They lined their pockets with money earmarked for feeding needy children through Gladys Waits’ job at the Arkansas Department of Human Services (DHS), the agency that administers U.S. Department of Agriculture (USDA) grants to feed children in low-income communities. Along with their co-conspirators, they stole $11 million that was meant to feed children from low-income families.

“These investigations are so important because they hit at the heart of what these programs stand for—taking care of children,” said Special Agent Jacob Stokes, who helped investigate the case out of the FBI’s Little Rock Division. “These people are taking advantage of that, and people that are truly hurt by it are the children. Money was taken away from a program that could have helped children in need.”

The premise of the state program was relatively simple. Organizations or individuals applied to the state to host a program and find a feeding site, such as a school or daycare center. Applicants went through an initial site visit and were approved by Gladys Waits’ agency, the Arkansas DHS. The sites reported back to the state how many children were fed, and Arkansas paid the site sponsors per child who participated.

In the case of the fraudulent sites, the numbers of children fed were grossly inflated, and the excess funds the site sponsors received became kickback money—both for a group of the site sponsors who were in on the fraud, as well as for Gladys and Anthony Waits and a few state employees.

“Money was taken away from a program that could have helped children in need.”

The fraud went on for more than two years, ending in 2014, with additional site sponsors being recruited with the promise of kickbacks. As the conspiracy went on, Gladys Waits was promoted to a management role in her agency, giving her more power to keep the fraud going undetected. For example, she would give site sponsors a heads-up before the state conducted an “unannounced” site visit to ensure children were being fed properly.

“Some of these sites were simply fronts; they didn’t feed any children. Others would feed a few and claim they fed many more,” said Special Agent Richard McLain, who also worked the case out of the FBI’s Little Rock office.

The group went to great lengths to cover their tracks.

Investigators pored through numerous pages of falsified documentation, such as fake invoices and spreadsheets. The investigation, worked jointly with the USDA, Internal Revenue Service, and U.S. Marshals Service, showed about 10 percent of the state program’s budget was fraudulent.

The investigation was truly a team effort, with each agency bringing their own capabilities and resources.

"Our agency has the knowledge and expertise in USDA-funded programs, but you can never have enough help,” said Special Agent David Rucker of the USDA Office of Inspector General, who worked on the investigative team. “In addition to having an FBI agent on the team, the FBI’s financial analyst analyzed bank records, and team members from all the agencies, including the FBI, made simultaneous arrests of several of the subjects."

The extensive analysis allowed the investigative team to focus their efforts on feeding centers with the highest likelihood of fraud. From there, traditional investigative techniques—such as interviews and surveillance—led investigators to not only Gladys and Anthony Waits but also several co-conspirators, some of whom worked with Gladys Waits in the state government and others who were site sponsors.

“The government’s stance was they were taking food from the mouths of children.”

While much of the money may never be recovered, thanks to the asset forfeiture process, the government seized more than $850,000 of the group’s ill-gotten gains, much of it from one of the site sponsors.

Officials from the Arkansas DHS were also key partners in helping to facilitate the investigation. For the FBI personnel who worked this case, the years-long effort was worth stopping those who would take from such vulnerable victims.

“By falsely inflating those numbers, you remove money from a program that only has so much funding. The government’s stance was they were taking food from the mouths of children,” McLain said.

During World War II, Argentina was a hotbed of intrigue and proved to be a tough environment for the FBI’s Special Intelligence Service (SIS), whose mission was to identify and counter Nazi operatives in South America.