The Shared Vision That Started It All

On July 26, 1908, a “force of special agents” was created to conduct investigations for the Department of Justice. It marked the official beginning of what would formally become the Federal Bureau of Investigation—the FBI—27 years later on July 1, 1935.

The story of how this investigative force came into being 11 decades ago is really the tale of an experiment undertaken by two principled leaders—Theodore Roosevelt and Charles Bonaparte—who shared a vision for fighting corruption, improving government, and strengthening the rule of law.

The pair came to know and respect each other through a common passion for reforming the nation’s civil service—including ending the deeply entrenched spoils system that dished out federal jobs to political supporters instead of to more qualified applicants.

In 1883, a 24-year-old Teddy Roosevelt played a key role in securing the passage of a New York civil service reform bill while serving as a state assemblyman. Six years later, he was appointed head of the nation’s Civil Service Commission, traveling around the country to uncover rampant misconduct and lay the groundwork for a more merit-based system of government. As a New York police commissioner in the 1890s, Roosevelt also worked to transform the city’s law enforcement, making it the most modern and professional such agency in the country.

It was only a matter of time before Roosevelt would encounter a kindred spirit by the name of Charles Joseph Bonaparte, an intelligent, outspoken, and high-minded Harvard-educated lawyer from Baltimore who was a descendant of Napoleon Bonaparte. He was also a founder and an active leader of the National Civil Service Reform League and the Reform League of Baltimore.

Not surprisingly, Roosevelt and Bonaparte became friends. Their association was strengthened in the early 1890s, when Roosevelt made several trips to Baltimore to investigate corruption among its civil servants. Roosevelt leaned on Bonaparte for assistance and for insights into the city he knew so well. Roosevelt’s ensuing report to Congress recommended the removal of 25 officials for bribery and other crimes.

A decade later, Roosevelt—who had become vice president of the United States—would assume leadership of the nation after President McKinley was shot and killed by a violent anarchist in September 1901. When President Roosevelt needed a keen and impartial legal mind to look into allegations of fraud in the Postal Service and corruption in Indian Country, he naturally turned to Bonaparte, who led successful investigations in each case. In 1906, Roosevelt designated Bonaparte to serve as U.S. attorney general.

As Bonaparte led investigations into corporate monopolies and other matters, he soon realized that his work was hamstrung by a lack of his own detective force. To handle cases, he was routinely forced to borrow investigators from the U.S. Secret Service, which was then in the Treasury Department and thus not under his direct control. And that became a bigger problem when, in May 1908, Congress banned the loan of Secret Service operatives to any federal department.

To effectively enforce federal laws, Bonaparte had no choice but to create his own force of investigators, an innovative move that was undertaken with Roosevelt’s blessing. Between late June and early July 1908, the attorney general quietly hired nine Secret Service investigators and joined them with another 25 of his own to form a special agent force.

On July 26, 1908, Bonaparte directed his attorneys to refer most investigative matters to his chief examiner, Stanley W. Finch, for handling by one of these 34 agents. And that order regarding this not-yet-named force of agents is celebrated as the birth of the FBI.

In December 1908, Bonaparte reported his actions to Congress.

“It became necessary for the department to organize a small force of special agents of its own …the consequences have been, on the whole, moderately satisfactory,” Bonaparte wrote.

While Congress may not have been initially sold on the need for Bonaparte’s agent force, it doubled the Bureau’s funding within a year and passed laws giving it additional authority. 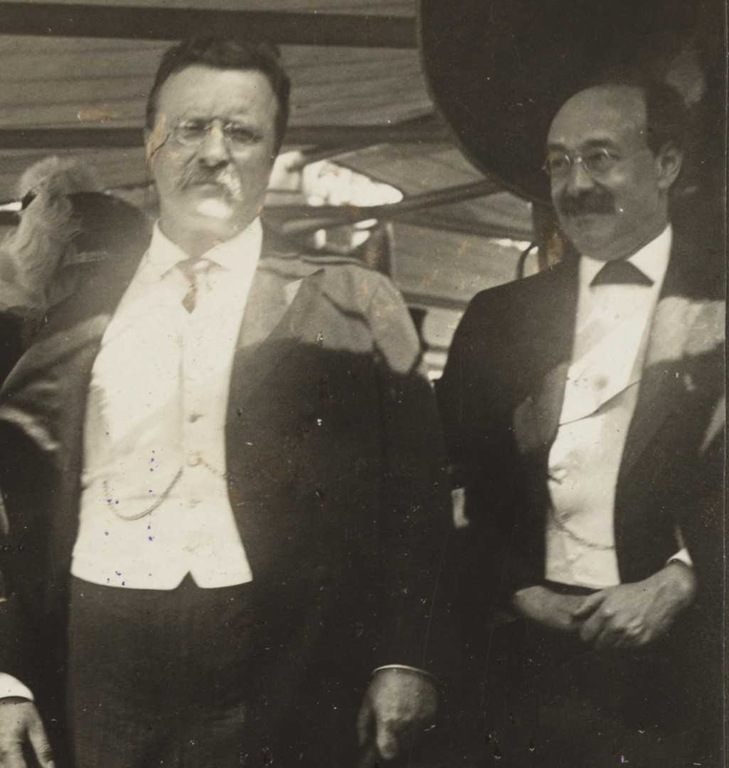 The friendship of two reformers—Theodore Roosevelt (left) and Charles Bonaparte—helped spur the July 26, 1908 creation of the organization now known as the FBI. Photo courtesy of the Library of Congress.

The rest, as they say, is history. The FBI has evolved into a premier intelligence-driven and threat-focused national security organization, using its intelligence and law enforcement responsibilities to protect the nation from a litany of major crimes and national security matters. And it continues, as it has since its earliest days, to share its skills and capabilities with partners across the globe, helping to fortify the rule of law nationwide and around the world.

Twelve members of a violent gang operating in the Charlotte, North Carolina area have been sent to prison for their roles in the cold-blooded murders of a robbery witness and his wife.