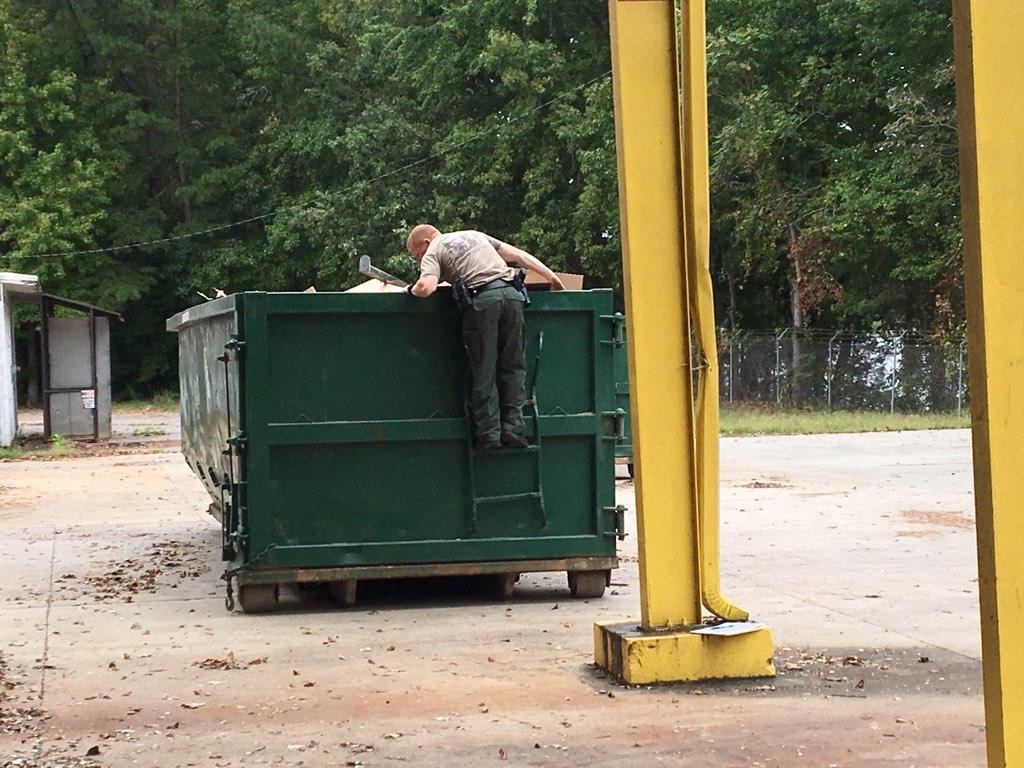 A member of a search team looks for Maddox Ritch in 2018 in Gastonia, North Carolina.

The search for a missing 6-year-old with autism in 2018 left a profound impression on the North Carolina community where the boy went missing—and on the FBI’s teams that specialize in finding children who suddenly disappear.

Hundreds of law enforcement and search and rescue personnel assisted in the search for Maddox Ritch, who walked away from a park in Gastonia on September 22, 2018. His body was found five days later partially submerged in a creek near the park. His drowning was accidental and it likely occurred soon after he disappeared. But the outcome—following extraordinary search efforts that included playing the boy’s mother’s voice and music he liked over a loudspeaker to draw him out—left some wondering how they can better prepare for the next time.

Since then, a special agent on the FBI team that assisted in the search for Maddox has developed a one-page questionnaire for investigators to use when a child with autism goes missing.

“I wanted to make sure that if I had another opportunity, I’d be ready,” said Special Agent James Granozio, who works in the Bureau’s Charlotte Field Office and also leads one of the FBI’s four regional Child Abduction Rapid Deployment (CARD) Teams. These teams are composed of agents, intelligence analysts, operational specialists, and behavioral analysts who deploy on short notice when police departments request FBI assistance in missing child cases.

After the Maddox case, Granozio learned all he could about autism and autistic children, reaching out to local and national organizations for information. The feedback led to the development of the checklist of baseline questions that Granozio said should be asked immediately of parents or caregivers of missing autistic children.

“He was a little boy that was just running around having a good time. And he died. We all wanted to know what we could learn from it to hopefully prevent it from happening again.”

One of the autism specialists Granozio contacted during his research said the checklist was a good idea, particularly if time is critical. “Having a checklist and a fact sheet about a child can be very helpful, especially if the child has specific interests,” said Kim Stroble, clinic director of the Early Autism Project in Rock Hill, North Carolina. “Given that no child or person with autism is the same, I think this is great.”

The questionnaire has been circulated among the FBI’s CARD Team, which includes approximately 75 members in FBI field offices across the country. They, in turn, have distributed the material to local law enforcement agencies during training exercises on child abductions and joint search and rescue operations. The CARD Team holds multiple table-top-style exercises every year to prepare local law enforcement on how to properly respond to the infrequent events.

“Most of these departments have never dealt with a true child abduction before,” said Special Agent Christina Bedford, who manages the CARD Team program from the Bureau’s Crimes Against Children and Human Trafficking Unit at FBI Headquarters. “We routinely give out a copy of the questionnaire to our local and state partners during CARD Team deployments that involve an autistic child. And we advise them how to work a neighborhood investigation, how to do these searches—looking everywhere a child could be hidden or trapped. I think we really break it down and put into perspective that you need to start from square one.” 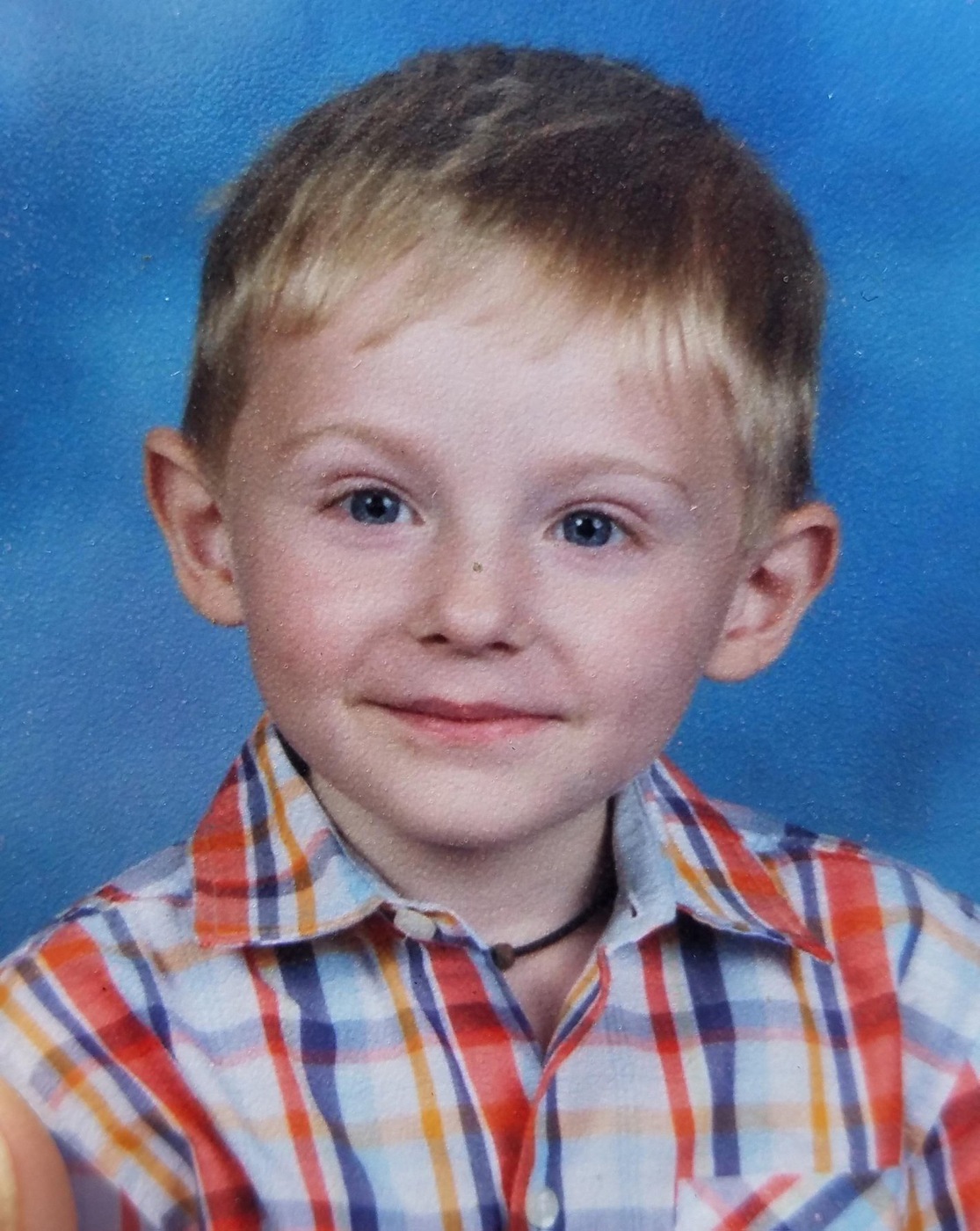 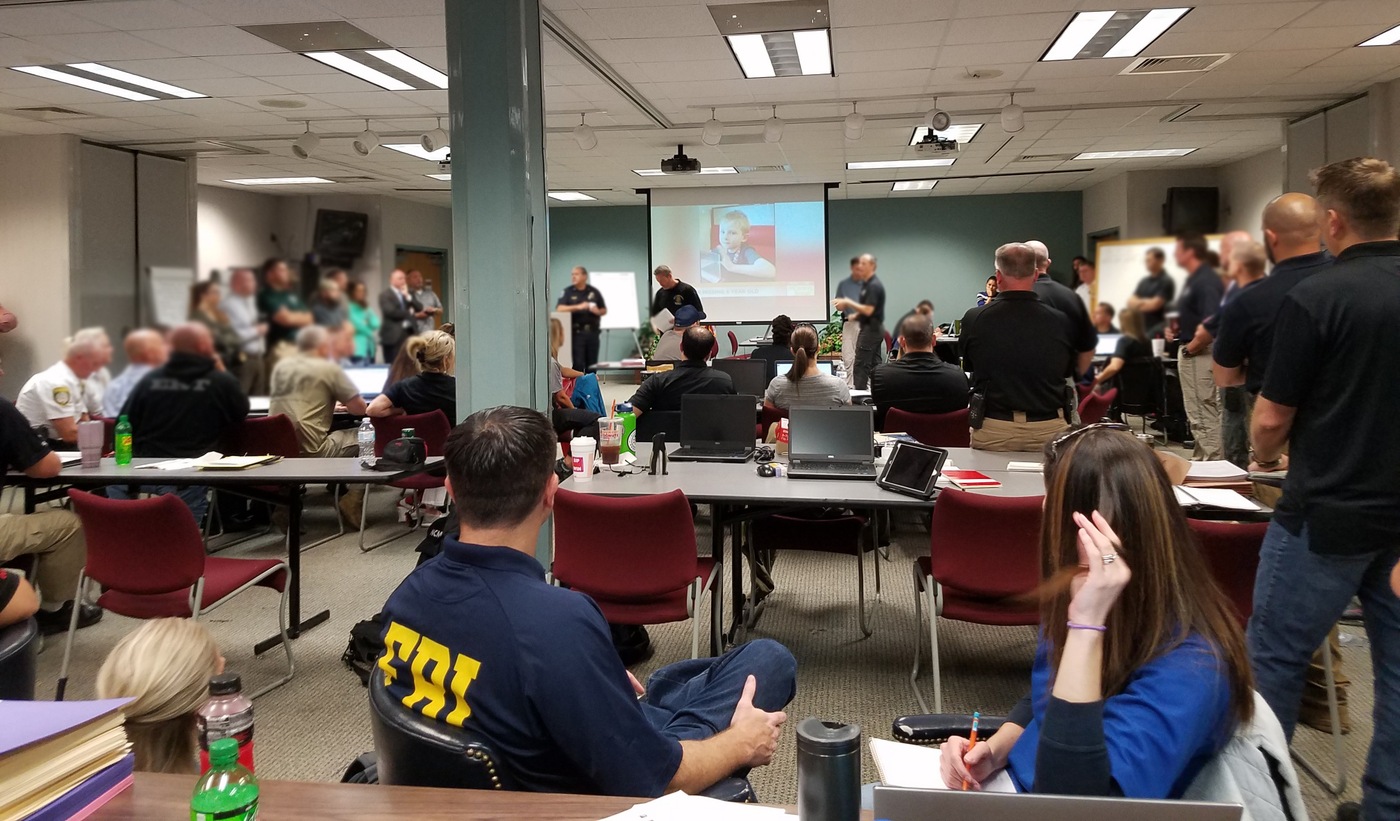 “I wish it had turned out differently and we could have reunited that little boy with his parents. But a new tool to help other investigators is at least something positive to come out of this tragedy.” 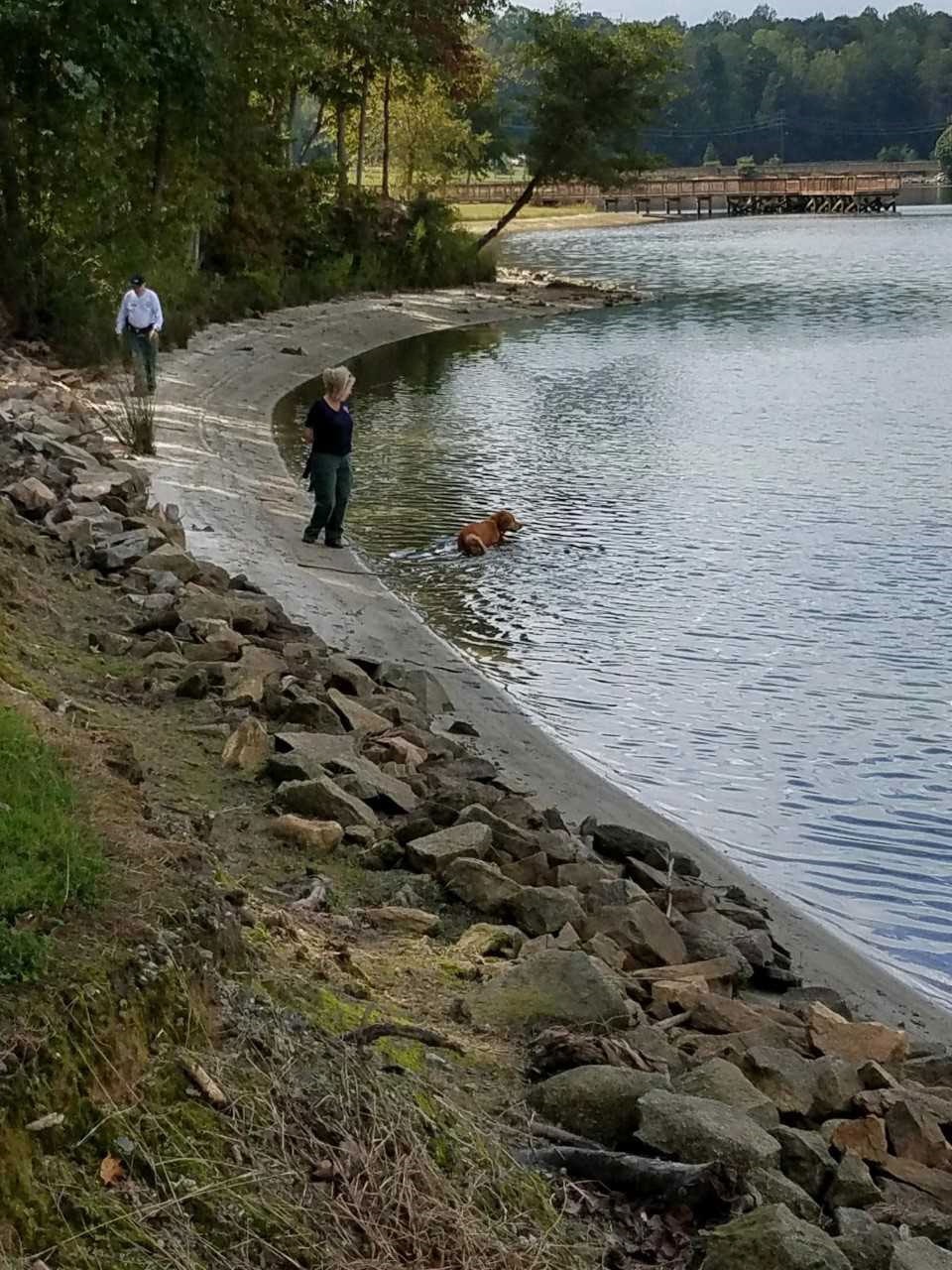 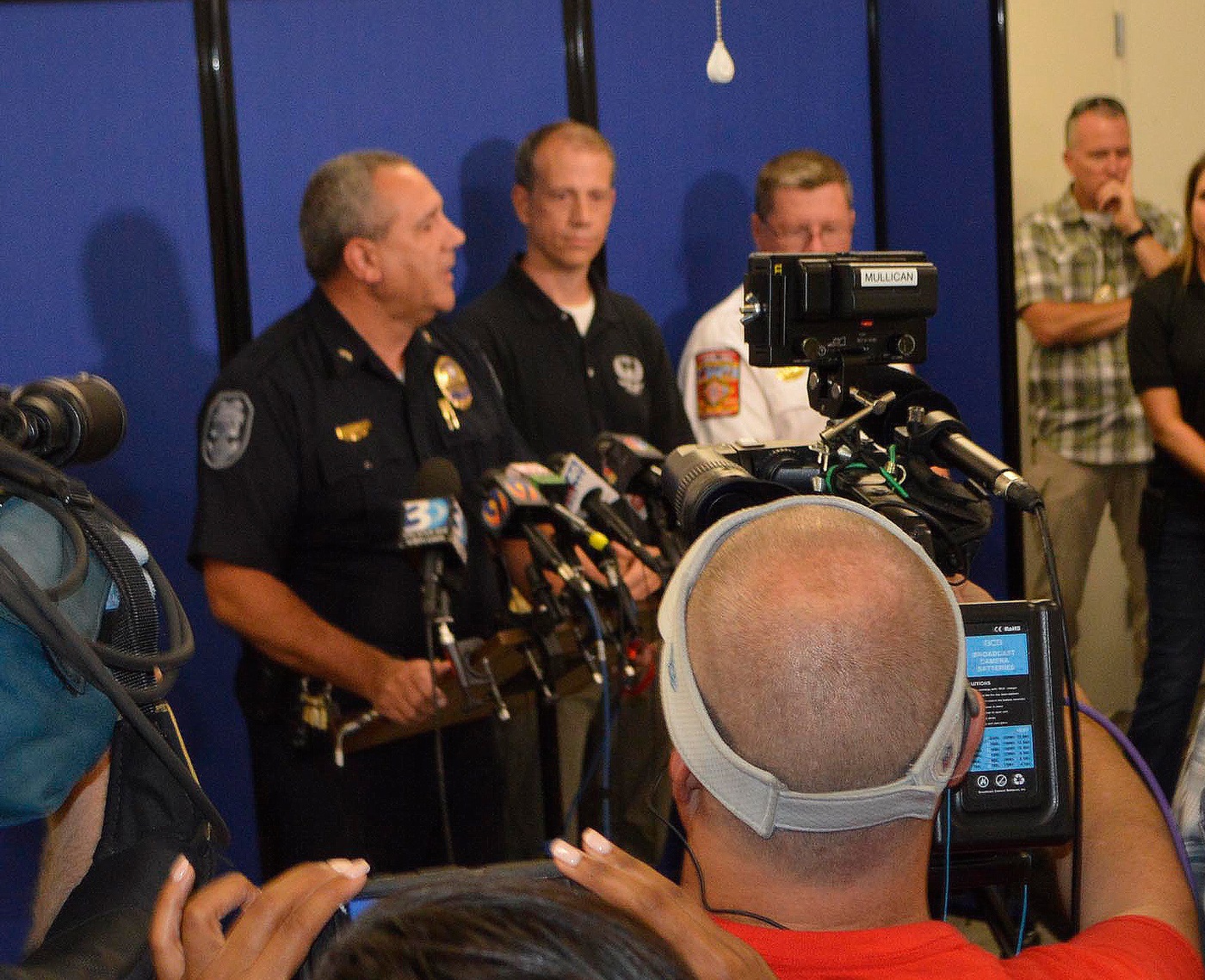 Hundreds of law enforcement and search and rescue personnel assisted in the search for Maddox Ritch, who walked away from Rankin Lake Park in Gastonia, North Carolina, on September 22, 2018. His body was found five days later partially submerged in a creek near the park.

When the CARD Team deploys, Bedford said, trainings provided to our law enforcement partners have proven to be particularly beneficial because everyone already knows how to work alongside the CARD Team. “So when the CARD Team comes in, the lead investigative agency doesn’t need to waste time developing a plan, they’ve got a very effective playbook that they can roll out immediately. And I think local departments really appreciate that.”

Gastonia Police Department Chief Robert Helton said things moved very quickly in the Maddox case, and it helped that his department had relationships in place with the local FBI. His department reached out to the Charlotte Field Office, which led to activation of the CARD Team.

“My initial thought was, ‘We need all the help we can get right now,’” Helton recalled in a recent interview. “You know, every second counts when you have a child that’s missing. You have to act very quickly, and I think it was helpful for us to already have that established relationship.”

“I really appreciated the way the FBI came to town and worked with us,” Helton added. “The outpouring of support from law enforcement partners, the FBI, and the Gastonia community was overwhelming. I wish it had turned out differently and we could have reunited that little boy with his parents. But a new tool to help other investigators is at least something positive to come out of this tragedy.”

Time is always of the essence when CARD Teams are involved. “The clock is really ticking,” Bedford said. “In these cases, we would hope they would call on us as soon as possible to get involved before we lose evidence that may help recover the child.”

In May, a 14-year-old autistic boy went missing in Mississippi and a CARD Team deployed to support local investigators. Bedford said that the new questionnaire played a role in how the search teams conducted their ground searches. The boy was later recovered eight miles away in Tennessee.

The questionnaire, which is only available to law enforcement, has been part of the CARD Teams’ deployment toolkits for more than a year now. Granozio and Gastonia Police Chief Helton both view it as the rare positive development from the Maddox Ritch case.

“He was a little boy that was just running around having a good time. And he died,” Granozio said. “So we all wanted to know what we could learn from it to hopefully prevent it from happening again.”

The FBI’s CARD Team formed in 2005 and first deployed a year later. Today the CARD Team is composed of four regional teams that have deployed more than 170 times. They are designed to provide investigative and technical resources and serve as advisors during investigations. The CARD team works closely with special agent profilers from the Bureau’s Behavioral Analysis Unit 3, both in training and on deployments. BAU-3 focuses on Crimes Against Children and authored the time-tested, research-based Child Abduction Response Plan, which informs how team members operate and interact with personnel leading a dynamic investigation. During deployments for example, profilers may help investigators design behaviorally-based interview strategies to elicit the most helpful information or develop media strategies to engage the public.

In support of Operation Legend, the FBI has increased its presence in, and provided additional resources to, nine cities experiencing an uptick in violent crime.