Wray Says China is ‘Stealing Its Way Up the Economic Ladder’ 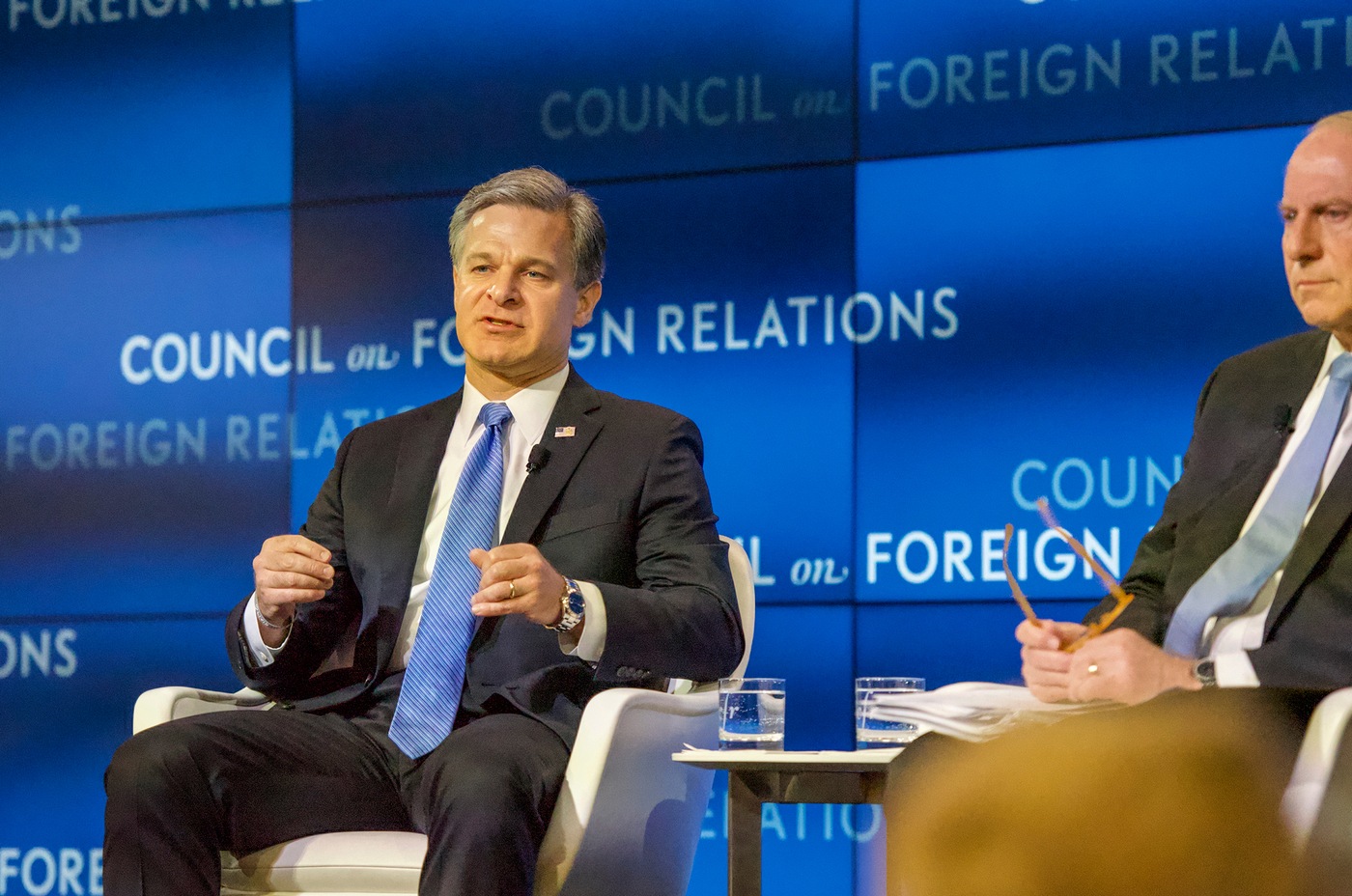 FBI Director Christopher Wray called China’s sweeping spying and hacking efforts a threat to U.S. economic and national security and said the FBI is working diligently to stay ahead of the diverse and evolving threats our country faces.

In remarks today at the Council on Foreign Relations in Washington, D.C., Wray described a threat landscape ranging from terrorism to cybercrime to espionage. He specifically called out the Chinese government, which is considered a major counterintelligence threat to the U.S. and other countries. The Chinese intelligence services strategically use every tool at their disposal—including state-owned businesses, students, researchers, and ostensibly private companies—to systematically steal information and intellectual property

“China has pioneered a societal approach to stealing innovation any way it can, from a wide array of businesses, universities, and organizations,” Wray said.

Wray said the FBI has China-related economic espionage investigations in nearly all of its 56 field offices and in nearly every industry.

“Put plainly, China seems determined to steal its way up the economic ladder, at our expense,” Wray said.

In recent months, the U.S. government charged Chinese tech giant Huawei with theft of trade secrets and other offenses. Chinese government-affiliated hackers have also been subjected to indictments in the U.S.

“Put plainly, China seems determined to steal its way up the economic ladder, at our expense.”

Wray described the variety of resources that the FBI uses to thwart terrorists, spies, and criminals, such as multi-agency task forces, international legal attaché offices, and rapid response teams. Partnerships, whether with other government agencies or the private sector, are key to carrying out the FBI’s mission and something the FBI continues to strengthen. Wray said he meets with law enforcement, private sector, academic, and other FBI partners during his travels throughout the U.S.

“In our country, the vast majority of our critical infrastructure and intellectual property is of course in the hands of the private sector,” Wray said. “You own it, you run it, you're on the front lines. … That’s why it’s so important for these lines of communication to be open.”

Wray also said the recent terrorist attacks in Sri Lanka are a reminder that terrorism remains a persistent danger, although smaller plots from homegrown violent extremists are also a threat—one that is more challenging for law enforcement to thwart ahead of time.

“These are people moving from radicalization to attack in weeks, or even days, not years,” Wray said. “And they’re doing it online and in encrypted messaging platforms, not in some camp or cave.”

On the rare occasion that an American is kidnapped and held overseas, an FBI-led network of experienced investigators, negotiators, and foreign liaisons are in place to assist.