The Hair Show That Never Was 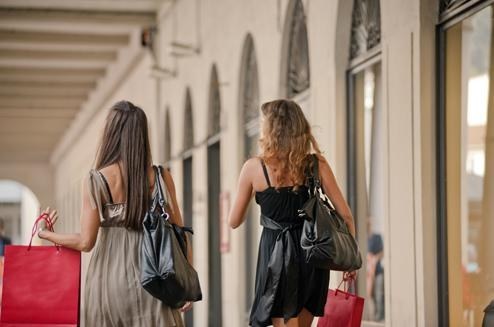 Two criminals were sentenced for a scheme that involved enlisting young women at shopping malls and other places to participate in a “hair show,” gaining access to their bank accounts, depositing phony checks in the accounts, and withdrawing funds before the banks realized the fraud.

Tamira Fonville’s job might be described as “recruiter.” For a time, she profited substantially by enlisting college-age women to participate in a hair show. The problem was, there never was any show, and everything about Fonville’s line of work was a fraud.

She and her partner—both of whom are now in prison—regularly traveled the Interstate 95 corridor from New York to Washington, D.C., visiting shopping malls and other places where young women were known to spend time.

Using a series of phony names, Fonville would interest the women in the hair show, offering to pay for their services. But to pay them, she said, she needed their debit card numbers and access to their accounts.

With that access, she would not simply clean out their accounts. Instead, her partner and mastermind of the scam, Ricardo Falana, would deposit bogus checks into the legitimate accounts, and then immediately begin withdrawing funds before the bank realized the fraud.

“It was a crazy, hit or miss scheme,” said Special Agent Sean Norman, who investigated the case from the FBI’s Philadelphia Division. “But they did it at such a high volume that they made a lot of money for several years. There was approximately $600,000 in actual losses to banks and other financial institutions.”

On a typical recruiting trip, Fonville might talk with 20 or 30 women and would follow up with text messages using disposable phones whose numbers could not be traced. If she ended up with three or four willing participants, that was enough.

“Some took the hair show bait and handed over their debit cards and PINs,” Norman said. “Others who were skeptical got a different pitch,” he explained. “They were told: ‘I can make money appear in your account. You will get some money, I will get some money, and the bank won’t lose anything.’”

With access to legitimate accounts not tied to him, Falana deposited forged checks of up to $10,000 and then withdrew money before the bank realized the checks were bad. Many of the victims were coached to tell bank investigators that their debit cards had been stolen and their PINs were written on the cards.

“The majority of the account holders knew they were doing something fraudulent,” Norman said. “They thought they were going to get something out of it, but they got nothing.”

For a time, the money rolled in, and Fonville “got addicted to the lifestyle,” Norman said. According to court documents, between 2008 and 2013, Fonville personally benefited from the scheme to the tune of more than $230,000. She used some of the proceeds to pay for plastic surgery, the car loan on her $30,000 Chevrolet Camaro, and the $2,100 monthly rent on her New York apartment. She would later tell investigators she viewed the scam as a career.

Fonville also fraudulently obtained food stamps, Medicaid, and benefits from a New York child care program, and she received deferments on almost $100,000 in student loans because she claimed she had no income. But then she lied on her car loan application, stating she was an employee of Mesa Airlines and had a salary of $65,000 per year.

Eventually, some of the women whose accounts had been used came forward and told the truth. Norman was able to trace withdrawn funds to Fonville and Falana, and Falana was identified on surveillance video depositing what turned out to be bogus checks. Norman also used E-ZPass toll receipts to link the pair’s recruiting trips to account holders and subsequent fraudulent transactions on their accounts.

“After the pieces all fit together,” said Norman, who is a certified public account and specializes in financial fraud investigations, “their actions were highly predictable.”

Fonville was arrested in August 2014. She pled guilty the following month to conspiracy to commit bank fraud and three counts of bank fraud and was sentenced in April to 15 months in prison. Falana pled guilty to similar bank fraud charges in October 2014 and in February received an 80-month sentence.

In the end, Norman said, “they blew all the money and had nothing to show for it.”

The FBI has launched a nationwide campaign to raise awareness of this growing threat.