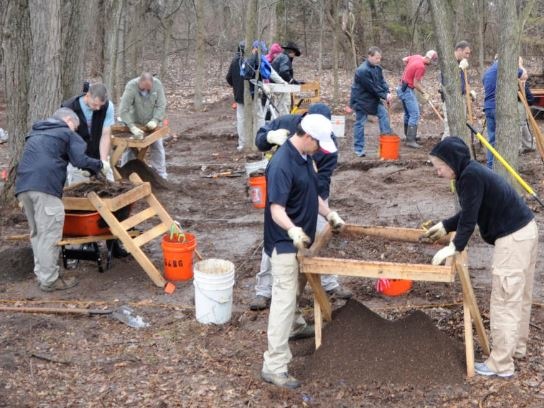 Two decades after the murder of 6-year-old Michael Hughes, the FBI’s Evidence Response Team and anthropologists from the University of Oklahoma searched an area near the Oklahoma-Texas border where Franklin Delano Floyd said he had dumped the boy’s body after shooting him twice in the back of the head.

Tonya Hughes was just shy of her 21st birthday on a spring day in 1990 when she was struck by a hit-and-run driver in Oklahoma City. She died five days later, but the investigation into her suspicious death led to a mystery—and a murder—that took decades to fully unravel.

That’s because Tonya Hughes was not who anyone thought she was—and neither was her husband, Clarence Hughes, who now sits on death row in a Florida prison.

“The FBI has been chipping away at this one,” said Special Agent Scott Lobb, who began working the cold case investigation in 2013 out of the Bureau’s Oklahoma City Division. “There were a lot of peculiar twists to this case.”

Tonya left behind a child, Michael Hughes. Her husband claimed he was Michael’s biological father, but shortly after Tonya died, Clarence gave Michael to Oklahoma state welfare officials and promptly disappeared. “He knew the truth would come out,” Lobb said, “and so he fled.”

The truth—discovered during the hit-and-run investigation—was that Clarence Hughes was actually Franklin Delano Floyd, a federal fugitive from Georgia wanted since 1973.

Floyd was arrested in Georgia two months later and sent back to prison to serve the rest of his sentence. A blood test revealed that he was not Michael’s biological father. That fact apparently didn’t matter to Floyd, because when he got out of prison in 1993, he was determined to get custody of Michael. And he did—by kidnapping the 6-year-old from elementary school on September 12, 1994.

When authorities caught up with him in Kentucky two months later, Michael was nowhere to be found, and Floyd would not say what happened to the boy. Floyd was later found guilty of a federal kidnapping charge and sent to prison.

During the kidnapping investigation, photos were found taped to the gas tank of Floyd’s pickup truck that showed a young woman who appeared to be bound and beaten. Years later, the woman—Cheryl Ann Comesso—was identified and matched to remains that had previously been discovered near a freeway on-ramp near Tampa, Florida. Floyd was charged with her 1989 murder, convicted, and sentenced to death in 2002.

The investigation into Michael’s kidnapping also determined that Tonya Hughes, too, had been kidnapped by Floyd—sometime between 1973 and August 1975—and when he surfaced in Oklahoma City, he began introducing his future wife as his daughter.

In 2013, the FBI and the National Center for Missing & Exploited Children conducted a cold case review of the Hughes kidnapping and reopened the investigation. A year later, Lobb and Special Agent Nate Furr spent several days interviewing Floyd in prison regarding Tonya and Michael Hughes. 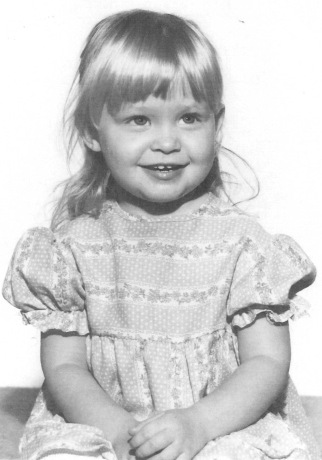 This childhood picture shows Suzanne Marie Sevakis near the time she was kidnapped by Franklin Delano Floyd. It took more than two decades for investigators to discover that the victim who died in a suspicious hit-and-run accident in Oklahoma City in 1990 was actually 20-year-old Sevakis.

The death row inmate was generally uncooperative, Lobb said, but during the course of many hours of conversation, he told the agents that in 1974, under the name Brandon C. Williams, he married a woman in North Carolina who had three daughters, and the new family made its way to Texas. He identified the oldest daughter as Suzanne Marie Sevakis, born September 6, 1969, in Michigan. Floyd said that after the mother was jailed for minor charges in Dallas, he took Suzanne and moved to Oklahoma City, dropping the other two daughters at a children’s home.

Lobb later confirmed the marriage through court records, and, using DNA samples, concluded that Tonya Hughes was indeed Suzanne Marie Sevakis. It had taken 24 years to learn her true identity. “We were able to find her birth parents and give them some closure about their daughter,” he said.

Eventually, Floyd told the investigators what happened to Michael Hughes: He murdered the first-grader on the same day he kidnapped him.

They were driving from Oklahoma City to Dallas, and “Michael was being a typical 6-year-old. He was out of control, and that pushed Floyd over the edge,” Lobb said. “Floyd felt the pressure and he just ran out of patience.” Lobb vividly remembers the moment Floyd confessed. “He turned and looked at me and said, ‘I shot him twice in the back of the head to make it real quick.’”

Why did Floyd finally confess? “I think he just ran out of excuses,” Lobb said, adding that Floyd is now 72 and has serious health issues. With no date set for his execution, Lobb believes it is likely Floyd will die of natural causes on death row.

On the day of Michael’s murder, someone called the police and described a suspicious man with a young boy at an Oklahoma interstate rest area near the Texas border. That fit with Floyd’s story—he told Lobb he had buried the boy near the last interstate exit leaving Oklahoma.

With the help of the FBI’s Evidence Response Team and anthropologists from the University of Oklahoma, Lobb narrowed down a search area. After 20 years, nothing would likely remain of Michael’s body—even his bones would have been eaten by feral animals—but investigators thought they might find the two shell casings, or possibly metal eyelets from Michael’s sneakers. After two days of sifting dirt in a 2,000-square-foot area, though, no evidence was found.

In the end, Floyd’s confession put to rest a 20-year-old murder case and revealed the true identity of Tonya Hughes, whose suspicious death remains unsolved. “That’s the one thing Floyd won’t talk about,” Lobb said.

The veteran investigator with more than two decades of experience hopes to interview Floyd again. Maybe more mysteries will be unraveled. “There is still a great deal we can learn from him,” Lobb said. “Maybe now that he is nearing the end of his life he will want to make a full accounting, to set the record straight about everything he has done.” For now, though, Lobb is content. “This has been one of the most fascinating cases I have ever worked.”