Ponzi Scheme Resulted in $10 Million in Losses for Investors 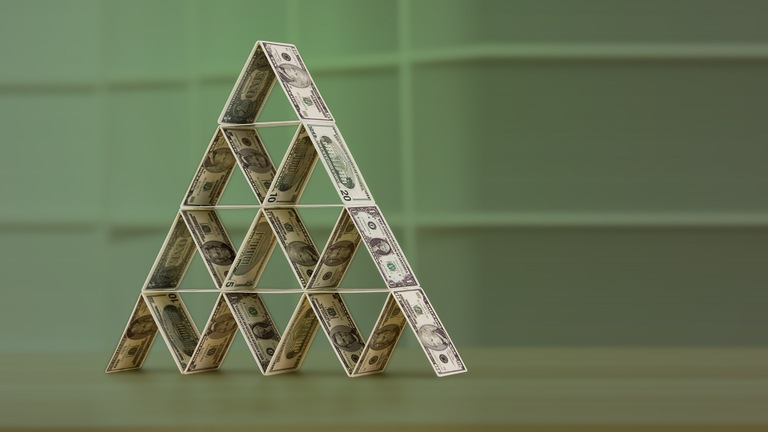 In July 2008, special agents from the FBI Sacramento Field Office executed a search warrant at the residence of a suspect and interviewed other individuals in connection with a mortgage fraud investigation.

In addition to finding evidence for their own case, investigators uncovered ties to what appeared to be a separate mortgage fraud scheme, and FBI Sacramento opened another case, working in partnership with the Internal Revenue Service (IRS) Criminal Investigation.

The main subject of the second case was Lee Loomis, president of Loomis Wealth Solutions, a company based in Roseville, California, but operating in about half a dozen states. And it wasn’t long before FBI and IRS investigators realized they were dealing with a much broader criminal scheme, and that mortgage fraud was just the tip of the iceberg.

After a long-term and complex investigation by law enforcement, Loomis was charged, pleaded guilty, and sentenced earlier this year for running a multi-faceted investment fraud/Ponzi scheme that caused millions of dollars in losses to more than 183 investors.

By reviewing voluminous amounts of evidence—including personal and company records, real estate records, bank records, financial statements, etc.—and questioning victims, employees of Loomis-owned entities, and others, investigators learned that from 2006 through 2008, Loomis offered what he called a “wealth-building program.”

During seminars about his company held at hotels and casinos, he boasted of unusually high rates of return for anyone who invested with him, and he advertised individualized financial family planning to help prospective clients earn money for college tuitions and retirement. Those attending the seminars were then asked to submit financial information including tax returns, pay stubs, copies of bills, and information concerning their home equity. Loomis would analyze this information and—targeting families with substantial home equity and good credit—invite them to a private two-day workshop.

At these workshops, Loomis offered three different levels of investing:

To help him carry out his scheme, Loomis recruited his own father-in-law and six other individuals—all of whom were charged. Five were ultimately sentenced, including his father-in-law, but the sixth person named in the indictment passed away before his sentencing could occur.

Loomis’ scheme was typical of any Ponzi scheme—he used some of the money he received from newer investors to pay back original investors, but he also used investor money to help pay business operating expenses and to line his own pockets and the pockets of his co-conspirators. Very little investor money was actually invested.

Eventually, running out of money and impacted by the 2008 financial crisis, Loomis was unable to keep his operation afloat. Clients—old and new—began complaining. And the scheme began to collapse in on itself.

FBI and IRS investigators talked to a number of clients, who all told similar stories about the big promises Loomis made to them that were never kept, and of losing their life savings, retirement accounts, and even homes in some cases.

Law enforcement executed a search warrant on Loomis’ office and home in August 2008. It took a while to conduct the exhaustive investigation into all of Loomis’ financial affairs, but by September 2012, a federal indictment was unsealed against Loomis and his co-conspirators.

In January 2016, Loomis pleaded guilty before a federal judge. He returned to court in July 2016 to face his sentencing, but instead fired his lawyer, asked to represent himself, and—claiming that he had been under duress at the time he accepted a plea agreement—asked that his previous guilty plea be thrown out.

Eventually, the judge rejected Loomis’ request to have his plea set aside, saying he saw no evidence to support Loomis’ claim that he had been under duress. And finally, in February 2018, Loomis appeared in court and was sentenced to 12 years in federal prison.

“The FBI,” said Sacramento Special Agent in Charge Sean Ragan after the sentencing, “remains committed to working with its partners to ensure that people who defraud the American people—often devastating their financial future in the process—face justice.”

It wasn’t long before FBI and IRS investigators realized they were dealing with a much broader criminal scheme, and that mortgage fraud was just the tip of the iceberg.

Antwan Tamon Mims, a Michigan gang member charged with murdering two men in front of dozens of witnesses in March 2018, is the newest addition to the FBI’s Ten Most Wanted Fugitives list.

A reward is available for information about an unknown assailant whose DNA profile has been indicted in connection with a series of attacks on women in D.C.-area hotels from 1998 to 2006.