The FBI’s San Juan Division has been in continuous operation since November 1939. The FBI has conducted investigations in Puerto Rico throughout its history; a field office existed there as early as World War I, and opened it again in late 1930s. With the onset of World War II in Europe, however, the Bureau realized it needed a permanent office in Puerto Rico. FBI Director J. Edgar Hoover noted that “one of the primary purposes for the reopening of the San Juan office was to establish a channel of information and data in Caribbean Sea.”

During the war, the division did even more. San Juan agents were particularly attuned to sabotage investigations and dealing with interned enemy ships. When the U.S. entered the war in 1941, ships of German and Italian registry were captured and disabled and their crews held for the course of the conflict.

Following the war, a persistent concern for the division was the criminal activity of Puerto Rican nationalist groups. Although many of these crimes occurred in the continental U.S.—such as the 1950 attack on the White House or the 1954 attack on the U.S. Congress—the San Juan Division was tasked with following up on the local roots of the groups that launched these attacks. Throughout the 1960s and 1970s, these crimes continued to be a significant investigative responsibility.

The division also investigated other violent crimes and federal violations. In 1983, for instance, FBI San Juan played a central role in helping to solve the robbery of a Wells Fargo Armored truck in Connecticut. Approximately $7 million dollars was stolen by members of the Puerto Rican terrorist group Los Macheteros. Although Victor Gerena—a Wells Fargo guard thought to have played an inside role in the heist—remains at large, more than a dozen suspected conspirators were arrested in 1985 and 1986, most by San Juan agents. By 1989, two of those arrested pled guilty, and six others were convicted in court. 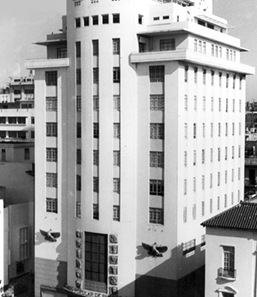 In 1986, an arson at the Dupont Plaza Hotel in San Juan killed 96 people. FBI San Juan personnel worked closely with the ATF (Bureau of Alcohol, Tobacco, Firearms, and Explosives) to identify suspects and build cases against them. In 1987, Hector Aponte, Armando Rivera, and a third person were charged with and convicted for the arson.

Police corruption has been another ongoing concern for the division. In August 2000, FBI San Juan launched a major undercover operation called Honor Perdido (Lost Honor). The case targeted corrupt police officers who entered homes using the cover of police vehicles, uniforms, and equipment in order to steal drugs, money, and guns from Puerto Rican citizens. Twenty-nine police officers were arrested in 2001 on charges arising from the undercover operation. The division has also targeted corrupt politicians and government employees, leading to investigative successes in a number of other corruption investigations.

In October 2010, the FBI launched a massive public corruption takedown called Operation Guard Shack in San Juan, arresting more than 130 subjects—the majority of them police officers. It was likely the largest police corruption case in the FBI’s history, with nearly 1,000 Bureau personnel from 50 of the FBI’s 56 field offices taking part.

Looking forward, the San Juan Division remains committed to using its capabilities to protect the citizens of Puerto Rico and help defend the nation.