The FBI has had agents stationed in Philadelphia since its earliest days as an organization.

Special Agent Harry T. Donaghy, one of the original Secret Service investigators to join the Bureau, took the oath of office in Philadelphia at the end of June 1908 and so was one of the first agents of the special agent force created by Attorney General Bonaparte on July 26, 1908. By 1911, the office was located in the U.S. Post Office Building on 9th and Market Streets.

Philadelphia remained a small office during the Bureau’s first nine years, but with America’s entry into World War I, it grew in size and responsibility along with the Bureau itself. Philadelphia agents pursued hundreds of investigations under the new Espionage Act; sought draft evaders like Grover Bergdoll, a fugitive who Philadelphia agents chased for two decades; tracked terrorists in the months following the war; and successfully handled a wide range of other investigative responsibilities.

The early 1920s were a time of reform for the Bureau, and the Philadelphia Division by extension, as a result of budget cuts, criticism from the Palmer Raids, and the policies of a new administration. In a drastic reorganization of Bureau field forces, the number of field offices was reduced from more than 125 to nine. The Philadelphia office was closed, and its responsibilities were given to the Baltimore Division.

Within months, though, the Philadelphia Division was reopened under Special Agent in Charge Walter Chapi Foster, who served from November 1920 to May 1925 before being transferred to Pittsburgh to serve in a similar capacity.

In 1924, J. Edgar Hoover became Director of the Bureau of Investigation and began a series of reforms to strengthen the organization, including a more forceful supervision of field offices. The story is told, for example, of a Philadelphia agent who was for years allowed to split time between doing his job and tending to his cranberry bog in New Jersey. A more demanding Hoover made him chose between the two. 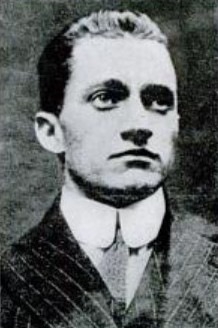 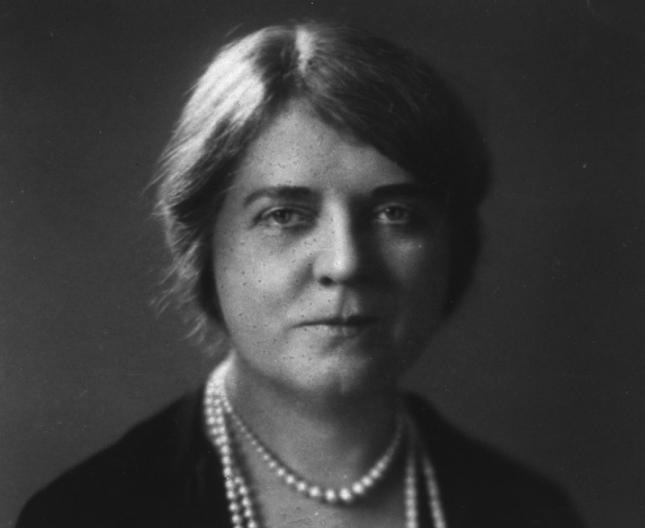 In November 1924, Lenore Houston, an employee in Philadelphia, became the first and only female special agent hired by Director Hoover. While serving in the Philadelphia office, Miss Houston received excellent performance ratings and was earning $3,100 a year by April 1927. She resigned in 1928, shortly after being transferred to the Washington Field Office.

During this time, the Philadelphia office also joined in the nationwide battle against a growing wave of gangsters. In early 1935, for example—in cooperation with postal inspectors, Philadelphia police, and New York agents and police—Philadelphia special agents tracked Walter Legenza, a member of the notorious Tri-State Gang, to a hospital bed where he was recuperating from injuries likely sustained from a previous shoot-out with police. Legenza was arrested for murder and mail theft.

Professional support personnel were becoming more important in the Division’s activities during this period. By the early 1930s, clerical functions of the Philadelphia Division were performed by three stenographers, who took dictation from special agents, indexed reports, and filed correspondence, ensuring a clear record of the Division’s work.

By 1937, there were approximately 17 special agents working in the Philadelphia Division, including in its resident agencies in Harrisburg and Scranton.

The office moved several times in the 1930s. At one point, it was located at 735 South 12th Street in the Philadelphia Saving Fund Society building, but moved soon after. Sometime in 1934 or early 1935, the office relocated to the Liberty Trust Building at Broad and Arch Streets.

In June 1940, the Division moved to the fourth floor of the new U.S. Courthouse at 9th and Chestnut Streets.

By 1942, the Philadelphia Division had a total of 74 special agents, who were organized into accounting, security, and investigative squads. Programs and social functions promoted camaraderie among its employees, and an office newspaper called the “Philadelphia Scrapple” was published. This organizational strength would be needed as another World War brought new challenges and greatly increased the office’s workload.

The outbreak of World War II in Europe in 1939 led to great changes in the Bureau and in Philadelphia.

The Division continued to focus on national security into the Cold War years. During the summer of 1948, the Philadelphia office found itself at the intersection of American politics and Soviet intelligence as it surveilled several persons known to have worked with the OGPU (the KGB’s predecessor) who were also influential advisors in Henry Wallace’s campaign for president. The Progressive Party held their convention in Philadelphia that summer in order to nominate Wallace, who had no connection to Soviet intelligence, but whose inner circle of advisors had at least three known Soviet agents—Martha Dodd Stern, Alfred Stern, and John Abt.

Philadelphia also played a significant role in the investigations of Soviet spies Klaus Fuchs and Julius Rosenberg, providing the key link between the two. Leads from Special Agent Robert Lamphere’s interview of Klaus Fuchs in London led the Bureau to Harry Gold, a chemist living in Philadelphia. Philadelphia agents arrested Gold in May 1950 and connected him to a Soviet courier named David Greenglass. Greenglass, the brother of Ethel Rosenberg, had been a courier for Julius Rosenberg’s spy ring, collecting stolen secrets and transferring them to Rosenberg. Philadelphia personnel also provided translation assistance for the broader espionage investigation.

Organized crime and growing domestic unrest became major concerns of the Philadelphia Division in the 1960s. Under the FBI’s Top Hoodlum program, for example, personnel gathered and analyzed criminal intelligence about the Bruno organized crime family.

Meanwhile, traditional criminal investigations continued in Philadelphia. Automobile theft, extortion, the theft of interstate shipments, and a wide variety of other federal crimes were all pursued. 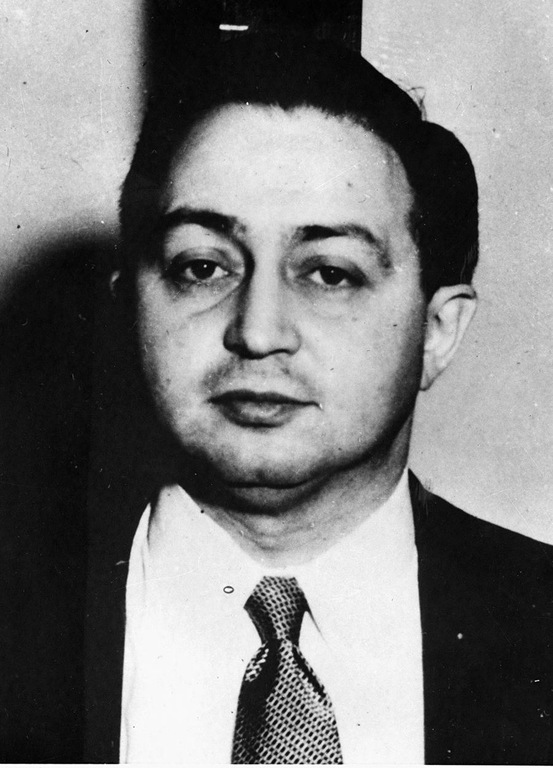 On May 17, 1966, one kidnapping case turned tragic as Special Agent Terry R. Anderson of the Philadelphia Division was shot and killed while searching for a kidnap victim in rugged mountain terrain near Shade Gap, Pennsylvania. William Hollenbaugh, also known as the “Mountain Man,” had abducted a 17-year-old girl and held her captive for seven days. Hollenbaugh killed Anderson while he and another agent were pursuing the fugitive. Through Anderson’s sacrifice and the heroism of his partner, the victim was rescued, and Hollenbaugh was killed.

The Philadelphia Division faced significant challenges in the early 1970s when it had to deal with the burglary of one of its resident agencies in 1971 and the changing national political climate after the death of J. Edgar Hoover in 1972 and the emerging Watergate scandal.

The burglary of the resident agency had taken place on the night of March 8, 1971. A radical group called “Citizens’ Committee to Investigate the FBI” broke into the office in Media and stole a wide array of domestic security documents that had not been properly secured. Some of the documents mentioned “Cointelpro”, or Counterintelligence Programs—a series of programs aimed to disrupt some of the more radical groups of the 1950s and 1960s. The leaking of those documents to the news media and politicians and the subsequent criticism, both inside and outside the Bureau, led to a significant reevaluation of FBI domestic security policy.

In September 1973, the Division settled into a new facility in the William J. Green Federal Building at 600 Arch Street. From there it pursued serious color of law and political corruption cases, investigating Philadelphia police officers for alleged civil rights violations in 1977 and Philadelphia councilmen for extortion in 1986. The office also broke new investigative ground, investigating Norman Mark Allen of Honesdale, Pennsylvania, for communicating false information regarding consumer product tampering. Allen was the first person in the U.S. to be prosecuted for this crime and pled guilty in 1986.

Organized crime became a Bureau priority in 1978, and Philadelphia stepped up its work in this field. Using new laws like the 1970 Racketeer Influenced Corrupt Organizations (RICO) Act, agents targeted organized crime leaders like Nicodemo “Little Nicky” Scarfo. Agents arrested Scarfo in January 1986 along with 17 members of his criminal family. In the coming years, more charges were filed against Scarfo, and additional members of his operation were arrested. Scarfo was convicted of many of the crimes uncovered by the Philadelphia Division, and his organization suffered significant damage.

The Mafia wasn’t the only criminal enterprise pursued by Philadelphia agents. In 1996, for instance, a long-term, seven-city undercover operation worked jointly with the Drug Enforcement Administration came to fruition. Named ZORRO II, it targeted numerous Colombian and Mexican drug traffickers operating in the United States. Through the operation, more than 400 kilos of cocaine were seized, as well as half a pound of crack cocaine and approximately $700,000 in cash and property. Arrests and seizures took place in Los Angeles, New York, Miami, Newark, Philadelphia, Richmond, and the District of Columbia.

In another undercover drug investigation, Philadelphia lost a second agent. In March 1996, Special Agent Charles Leo Reed met Jonathan M. Cramer, a reputed Philadelphia drug dealer who was attempting to purchase cocaine. The meeting took place in Agent Reed’s car, which was parked in a hotel parking lot near the Philadelphia waterfront. Something went wrong, a gun battle ensued, and Agent Reed and Cramer shot and killed each other.

The terrorist attacks of 9/11 led to major changes within the FBI, including the Philadelphia Division, as preventing future strikes became the Bureau’s overriding priority.

Created in 1985, Philadelphia’s multi-agency Joint Terrorism Task Force has become an even more important resource in running down terrorism leads, vetting threats, and developing intelligence; following 9/11, additional anti-terror task forces were formed in Philadelphia and in various resident agencies. In 2003, a Field Intelligence Group was also created to better collect and utilize intelligence in the office’s jurisdiction and to share it nationwide. 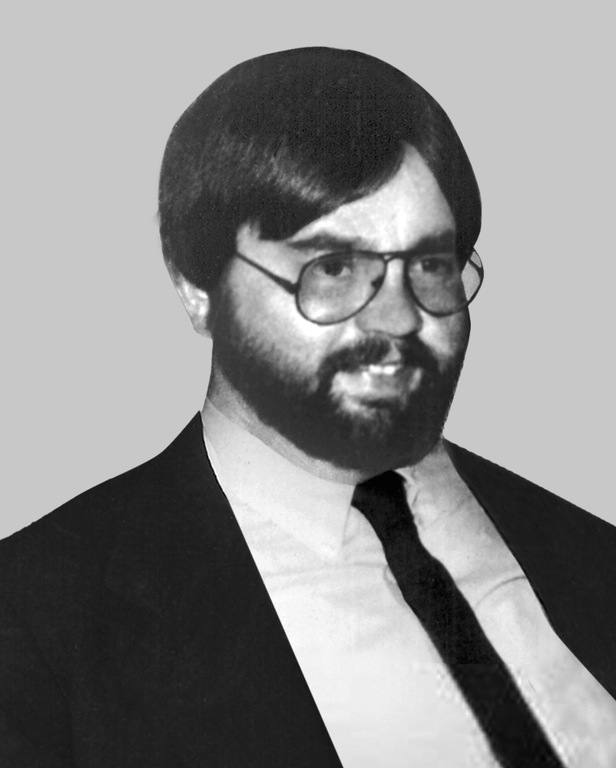 In May 2007, the Philadelphia Joint Terrorism Task Force and other authorities in both Pennsylvania and New Jersey disrupted a potentially disastrous terrorism plot by six men who were allegedly planning to attack soldiers at the U.S. Army base at Fort Dix in New Jersey.

Philadelphia has also played a key role in the Bureau’s growing Art Theft program, thanks to the expertise of one of its agents. In one investigation, for example, the office helped solve the theft of millions of dollars worth of historical artifacts from the Philadelphia Historical Society; in another, it recovered three stolen Norman Rockwell originals. The division also pursued public corruption matters, successfully developing a case against Joseph Mazzatesta and Bureau of Prison officials at the Allenwood federal penitentiary. Mazzatesta had been bribing several prison officials to betray prisoners who cooperated with law enforcement against the Mafia.

Like the FBI itself, the Philadelphia Division has proudly helped protect local communities and the nation for more than a century. For more information on Philadelphia and the Bureau over the years, please visit the FBI History website and the Philadelphia Famous Cases webpage.