The FBI opened its first field division in Columbia in 1965. The office—led by Special Agent in Charge Charles H. DeFord—was initially staffed with 52 agents and 30 support professionals. It was given a caseload of nearly 1,700 investigations that were previously being handled by the nearby divisions. Within eight months of its establishment, the division had added a dozen agents and more than 500 new cases.

During its earliest years, the Columbia Division searched for fugitives, worked bank robberies, and pursued illegal gambling operations. During the 1960s, Columbia agents also investigated civil rights violations (including police brutality) and helped monitor racially charged situations, such as a large 1969 demonstration in Charleston by African-American hospital employees trying to establish a union.

The division frequently investigated motor vehicle theft rings. Criminals often used South Carolina as a “drop and sell” state for Cadillacs and boats stolen in New York or Florida and for Lincoln Mark IIIs stolen in Detroit. During the late 1970s, Columbia ran an operation called Ambush that uncovered a major nationwide auto and heavy equipment theft conspiracy. The case led to 38 indictments and to the recovery of $650,000 in stolen vehicles.

Columbia agents also investigated public corruption. In 1972, the South Carolina Law Enforcement Division asked the division to look into activities of a powerful Anderson County sheriff. The investigation revealed that the sheriff had allowed an inmate con artist out of jail to fraudulently purchase cars, trailers, and a boat by passing bad checks. The criminal then gave this contraband to the sheriff, who either kept or sold it. As a result of the investigation, the sheriff pled guilty. Two deputies who were involved also pled guilty and went to prison.

In another case, Columbia agents learned that managers of a federally administered company called Manpower—including a program director, an adult education director, and a long-serving state senator—were forcing Manpower employees to do menial labor for them. At first, none of the employees wanted to testify against the trio, especially because of the senator’s power. The agents persisted, however, and the three managers were ultimately convicted of government fraud and conspiracy.

1n 1979, division agents were informed that $6 million worth of trade secrets from the Celanese Corporation in Greer allegedly had been stolen and provided to Mitsubishi Plastics Industries in Japan. The ensuing investigation revealed that a Celanese manufacturing manager named Harold Farrar had transmitted the proprietary information over time through a middleman in California. The middleman and Farrar pled guilty to racketeering and interstate property theft, while Mitsubishi Plastics pled no contest and paid $300,000 in fines.

During the 1980s, FBI Columbia worked a rising number of illegal drug cases and devoted significant resources to investigating organized criminal enterprises. The division also saw an increase in white-collar crime—especially in its satellite office in Greenville, one of the fastest growing cities for business and industry in the nation.

The division also continued investigating corruption at all levels of government. In the early 1980s, state Senator John D. Long was convicted of taking bribes in exchange for the promise of state jobs. Another investigation involving drug smuggling led to the prosecution of a Berkley County sheriff and several others—including an international smuggler who had been investigated by the Drug Enforcement Administration for years. Columbia agents also looked into the cozy relationship between a federal grand jury foreman named William Lowe and U.S. Congressman John Jenrette, Jr. Lowe was convicted of tipping off Jenrette about an investigation into the congressman’s activities. Around that time, Jenrette was already under investigation in the massive ABSCAM case (and was later convicted of taking a bribe), so the Columbia case against him was dropped.

In 1982, the division teamed with the South Carolina Law Enforcement Division to investigate Dillon County politicians for election law violations and absentee ballot abuse. When an incumbent sheriff ran against a probate judge’s son, a split occurred within the local Democratic party. Agents convinced an unscrupulous county councilman—nicknamed “The King of Absentee Ballots”—to talk and collected evidence concerning others as well. Death threats were made against the cooperating councilman, but by the case’s end, several councilmen, a judge, a sheriff, and the county’s Democratic Party chairman had all pled guilty to charges of conspiracy, election law violations, and mail fraud. More significantly, the state enacted new, stricter laws concerning absentee ballots.

For several decades, the division monitored Thomas Lynn Porter—a South Carolina gambling kingpin who had ties to organized crime in the Northeast. Porter ran the Ponderosa gambling house in a rural area near Greenville. The remote location made the case difficult to work—agents had to be dropped off a mile away from the house and trek through the woods to conduct surveillance without detection. Ultimately, their work paid off, and the gambling house was shut down. Although Porter later escaped and left the country with his sons, all of the men were located. Their passports were revoked, and they were returned to the U.S. to stand trial.

In the late 1980s, FBI Columbia led other law enforcement agencies in coordinated gambling raids at 15 locations. The raids successfully brought 50 indictments, 27 guilty pleas, and land, businesses, and cash seizures of more than $2 million. Liens for back taxes were also placed by the IRS for more than $4 million.

The division led a multi-agency undercover operation in the 1990s called Operation Tigerbait, tackling major auto theft and stolen car parts in the Spartanburg region. The operation set up a legitimate car repair business—“Billy-Toms Auto Service”—and then gathered evidence on car thieves and salvage dealers. This case busted four auto theft rings, convicted 30 individuals, and recovered almost $1.5 million in stolen property. In another operation called Quittin’ Time, an imprisoned cooperating witness set up the first purchase in a chop shop scenario, which led to the investigation of growing vehicle and heavy equipment theft and insurance give-ups (where an owner abandons a vehicle under loan, arranges for it to be “stolen,” and then files a claim). Coordinated arrests were made across the entire East Coast. A total of 153 individuals were indicted on federal and state charges, and more than $4 million in stolen property was recovered.

In a major 1990s undercover case—Lost Trust—FBI Columbia learned that a lobbyist and former state legislator was involved in illegal drugs. Agents gained his cooperation and then gathered intelligence concerning the exchange of drugs and bribes within South Carolina’s General Assembly. As the case unfolded, 17 legislators accepted bribes in exchange for their votes and support. In the end, nine legislators and a lobbyist pled guilty to Hobbs Act violations, five more were convicted, and an aide to the governor pled guilty to obstruction of justice. A state representative, development board chairman, and seven lobbyists also pled guilty to drug charges. Lost Trust lived up to its name, having a profound impact on South Carolina politics. 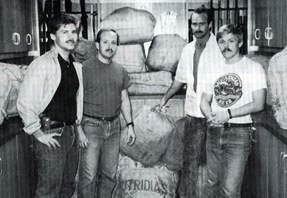 Columbia agents off the coast of Venezuela in 1990 seize more than 800 Kilos of cocaine.

Agents continued to fight the illegal drug trade. For a few years, allegations circulated that Williamsburg County Chief Deputy Sheriff Wayne Lambert was involved in drug trafficking and had even sold cocaine from the department’s vault. The rumors were originally discounted because Lambert was extraordinarily well-liked, was deputized by the U.S. Marshal’s Service, and was aggressively pursuing drug offenders. FBI Columbia’s investigation, though, determined that he had protected drug organizations, had provided them with cocaine seized by the sheriff’s office, had informed these groups about upcoming seizures, and in some instances had helped grow marijuana. Lambert, his son, and 21 others pled guilty to racketeering, cocaine conspiracy, and marijuana trafficking. A former magistrate was also convicted. Along the way, Columbia agents discovered and interrupted another serious crime: Lambert was trying to contract for murder “hits” of significant witnesses.

In 1994, the Columbia Division helped Union County law enforcement and the South Carolina Law Enforcement Division investigate the tragic case of Susan Smith. Initially, the media reported that a woman had been carjacked and that her car and two small sons were missing. All division personnel sprang into action, working around-the-clock to run down leads and create and pass out flyers with the children’s photos and a drawing of the mother’s description of a possible subject. Columbia agents and the FBI’s Behavioral Science Unit interviewed and polygraphed Smith, but began to believe that her story and behavior were inconsistent and inappropriate for the mother of two missing children. Agents continued every effort to find the boys. Nine days into the investigation, Smith confessed that she had allowed her car to roll into a nearby lake with her children inside. Agents and other law enforcement personnel were dispatched to carry out the tragic recovery. Smith received a life sentence for their murders.

In late 1990s, FBI Columbia worked with the Midlands Area Violent Crime Task Force to combat the rise in violent gangs in a series of investigations:

During this time period, Columbia agents captured two individuals on the FBI’s Ten Most Wanted list. After receiving a tip from a viewer of the Unsolved Mysteries television program, division agents and the Rock Hill sheriff tracked down Kenneth Robert Stanton in 1990. Stanton had molested 11 young females in three states. In February 2001, agents also captured Aurlieas Dame McClarty, who had robbed a Maryland bank and a Florida truck rental company and shot two rental company employees to death execution-style. 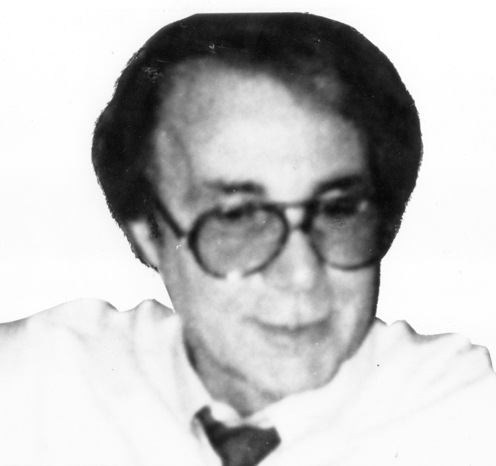 Following the events of 9/11, the Columbia Division—along with the entire Bureau—made preventing terrorist attacks its overriding focus. The division stood up its Joint Terrorist Task Force (JTTF) in 2002 and created a Field Intelligence Group the next year to gather, analyze, and disseminate intelligence.

The JTTF helped U.S. postal inspectors and the Bureau of Alcohol, Tobacco, Firearms and Explosives investigate York County couple Christopher and Cruz De Jesus Gilberto. On Valentine’s Day in 2005, an improvised explosive device was found in a Rock Hill restaurant. Over the next two years, three more devices and threatening letters were mailed to financial institutions and private citizens in the York County area, and a threatening letter was mailed to the FBI office in North Carolina. The names of Mrs. Gilberto’s coworkers were frequently included in the return addresses, and devices were sent to persons who had disagreements with the couple. After an exhaustive investigation, the couple was arrested in 2007 and later pled guilty to building explosive devices and other charges.

In recent years, the division has tackled a wide variety of crimes—from child pornography and predator cases to extortion and white-collar frauds. The field office also continued to monitor gang activity. Through the Columbia Violent Gang Task Force, agents investigated the illegal actions of the Gangsta Killer Bloods, or GKB—an offshoot of a New York gang known as the United Blood Nation. In January 2007, 23 GKB members were indicted on federal drug and firearm violations. Two were found guilty at trial, and the remaining 21 pled guilty. All have been sentenced.

Looking back over nearly a century of service, the Columbia Division remains committed to protecting its local communities and the nation from all manner of serious crimes and national security threats.