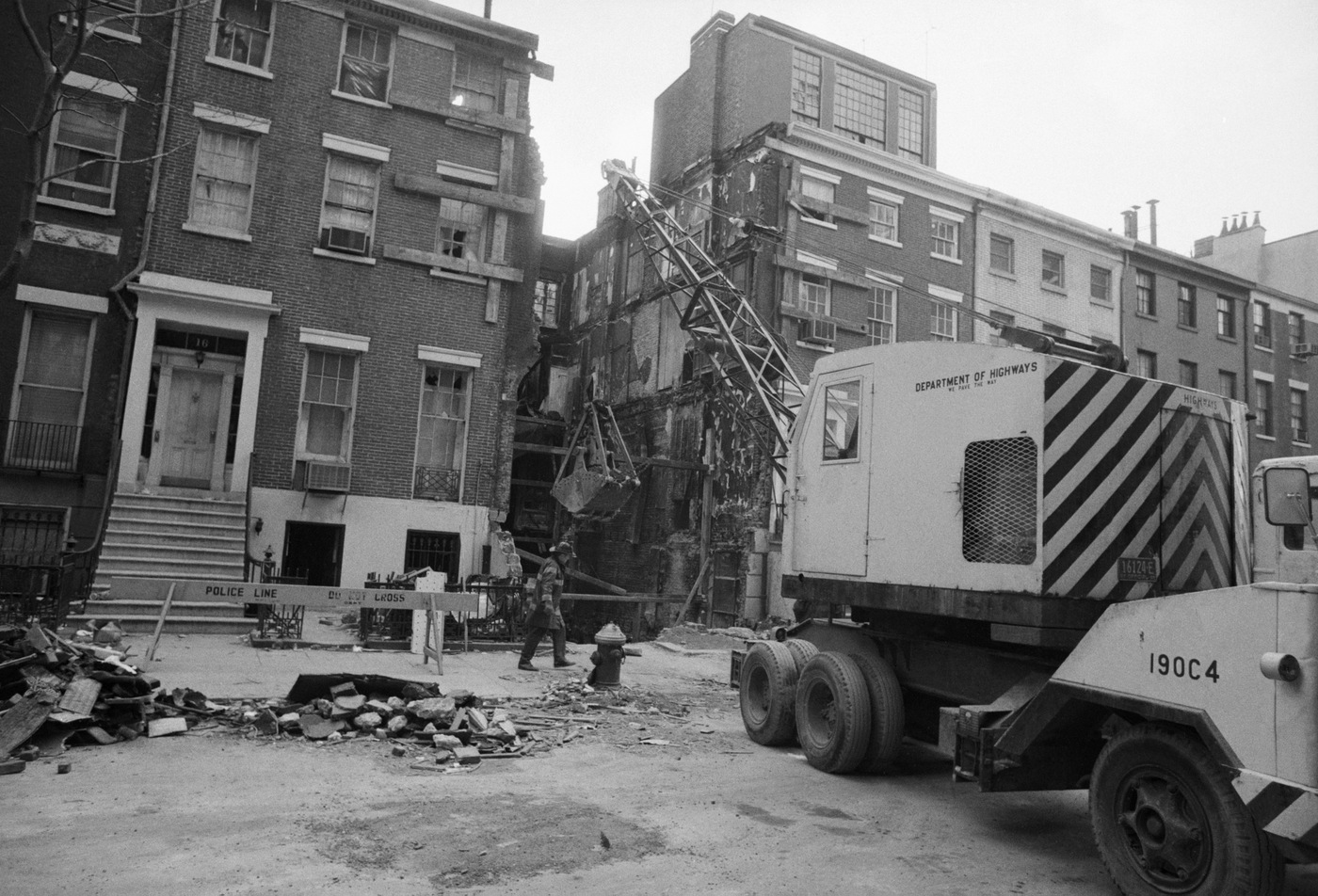 Three Weather Underground members were killed when a bomb they had built exploded in the basement of a townhouse in Greenwich Village on March 6, 1970. In the days following the explosion, police found 57 sticks of dynamite, four completed bombs, detonators, timing devices, and other bomb-making equipment. Bettmann/Corbis photo.

On January 29, 1975, an explosion rocked the headquarters of the U.S. State Department in Washington, D.C.

No one was hurt, but the damage was extensive, impacting 20 offices on three separate floors. Hours later, another bomb was found at a military induction center in Oakland, California, and safely detonated.

When SDS collapsed in 1969, the Weather Underground stepped forward, inspired by communist ideologies and embracing violence and crime as a way to protest the Vietnam War, racism, and other left-wing aims. “Our intention is to disrupt the empire ... to incapacitate it, to put pressure on the cracks,” claimed the group’s 1974 manifesto, Prairie Fire.

By the next year, the group had claimed credit for 25 bombings—including the U.S. Capitol, the Pentagon, the California Attorney General’s office, and a New York City police station.

The FBI doggedly pursued these terrorists as their attacks mounted. Many members were identified, but their small numbers and guerrilla tactics helped them hide under assumed identities. In 1978, the Bureau arrested five members who were plotting to bomb a politician’s office. Others were captured after two policemen and a Brinks’ driver were murdered in a botched armored car robbery in Nanuet, New York, in 1981.

Key to disrupting the group for good was the newly created FBI-New York City Police Anti Terrorist Task Force. It brought together the strengths of both organizations and focused them on these domestic terrorists. The task force and others like it paved the way for today’s Joint Terrorism Task Forces—created by the Bureau in each of its field offices to fuse federal, state, and local law enforcement and intelligence resources to combat today's terrorist threats.

By the mid-'80s, the Weather Underground was essentially history. Still, several of these fugitives were able to successfully hide themselves for decades, emerging only in recent years to answer for their crimes.