In the early morning hours of June 17, 1972, a night guard at a D.C. hotel and office complex was making his rounds when he noticed a suspiciously taped-open exit door.

He quickly alerted authorities, setting off a series of events that would forever change the nation.

More than 40 years later, the word Watergate is synonymous with political crime and corruption. In fact, it has become so ingrained in our country’s collective conscience that just adding “-gate” to the end of a word instantly signifies a scandal.

On the day of the break-in at the headquarters of the Democratic National Committee, Acting FBI Director L. Patrick Gray was notified by teletype of the incident and that one of those arrested was the security officer for the Committee to Re-Elect the President. 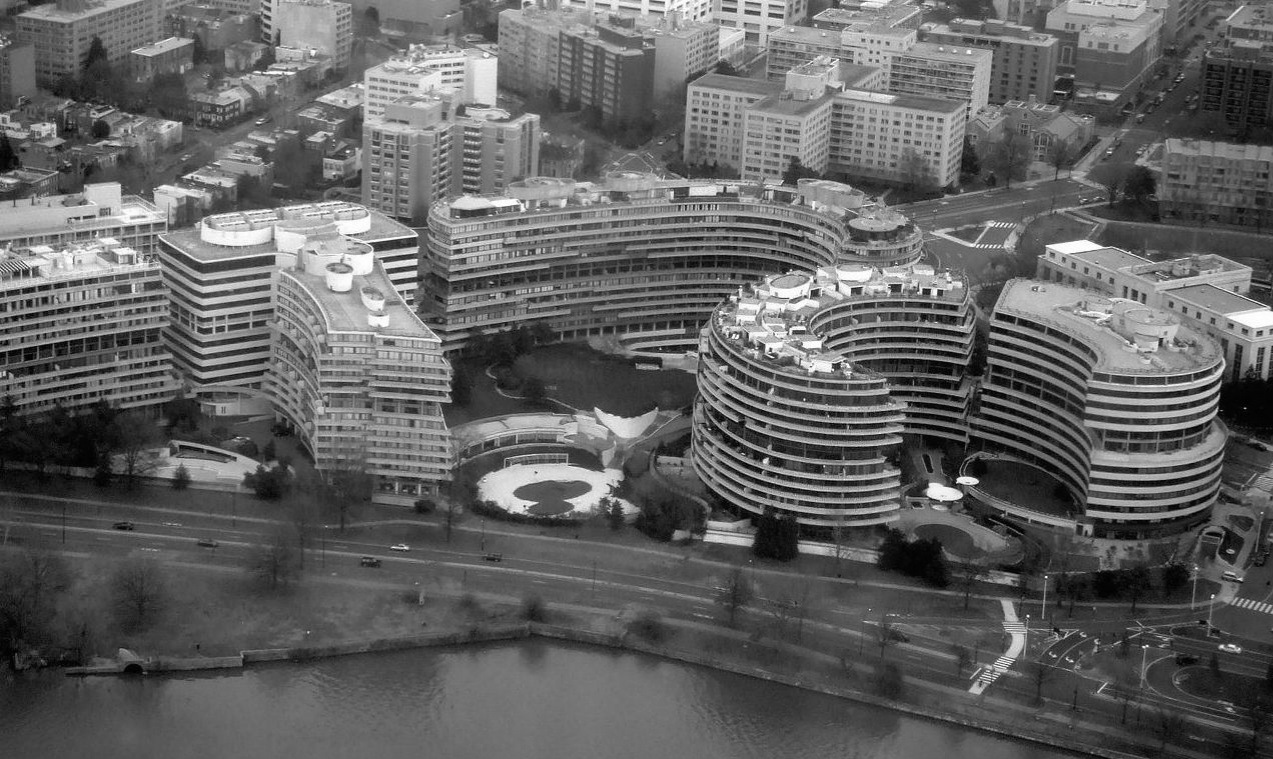 Aerial view of the Watergate complex, site of June 17, 1972 burglary of Democratic National Committee Headquarters that became synonymous with the President Nixon cover up and eventual resignation. The break-ins occurred in the office building in the center.

It was clear from the beginning that this was no ordinary burglary, and the FBI immediately found itself involved in the most politically sensitive investigation in its history. In the end, despite some issues in its own ranks, the Bureau’s exhaustive efforts were invaluable to unraveling the Watergate saga.

Visit the links below for more information, including the FBI’s files on the massive investigation and records on former FBI Deputy Director Mark Felt, who identified himself as “Deep Throat” in 2005.