On December 14, 1999, Ahmed Ressam—a 32-year-old Algerian—aroused the suspicion of alert border guards at Port Angeles, Washington, as he was attempting to enter this country.

Ressam was arrested when it was discovered that he had materials for a power explosive in the trunk of his rental car. 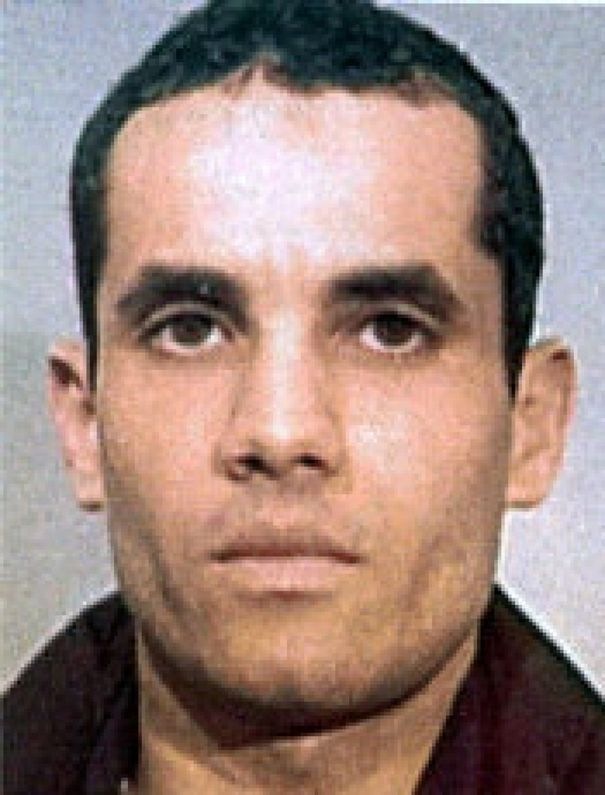 The ensuing search revealed more than 100 pounds of white powder—later determined to be urea sulfate—as well as approximately eight ounces of a highly volatile nitroglycerine mixture and fusing systems components.

Other items found in Ressam’s car were a number of forms of identification linked to at least seven aliases—including one used at the Port Angeles border entry point—and maps and guidebooks indicating that he was targeting the Los Angeles airport. A hotel reservation for Ressam near the Seattle Center resulted in a cancellation of the New Year’s celebration at the Space Needle.

A extensive investigation was launched by FBI offices in Seattle and New York (including the FBI Joint Terrorism Task Force), the Royal Canadian Mounted Police (RCMP), the Canadian Security and Intelligence Service, Canada’s Department of Justice, Algerian officials, and others. The FBI dubbed the operation “Borderbom.”

Under questioning, Ressam admitted that he planned to bomb Los Angeles International Airport on the eve of the millennium celebrations. The investigation also revealed that Ressam had attended al Qaeda training camps in Afghanistan and was part of a terrorist cell in Canada.

Forensic scientists from both the RCMP and the FBI examined the evidence in this case. An FBI Laboratory Explosives Unit examiner compared evidence found in Ressam’s motel room with items seized in Post Angeles. The RCMP Laboratory identified the presence of explosives and developed a DNA profile from a pair of pants and shoes recovered in Ressam’s apartment. They also observed several holes in the pants that were consistent with an acid spill. With this information, the Seattle Field Office examined Ressam’s legs and discovered a large burn. At the trial, a doctor specializing in burns testified that the burn on Ressam’s leg was consistent with an acid burn.

In the FBI Laboratory, a piece of hair was observed on a piece of clear tape inside one of the four time-delay fusing systems. The questioned hair was examined by FBI trace evidence experts and determined to have the same microscopic characteristics as Ahmed Ressam’s hairs.

Latent fingerprints developed on the four timing devices and a map of Los Angeles showing three airports circled were associated with Ressam. A date book, on which 13 of Ressam’s fingerprints were developed, included the addresses of two bin Laden collaborators. It also contained the addresses of the firms that Ressam used to obtain the electronic components and precursor chemicals for manufacturing the explosives.

Additionally, credit card purchases at several electronics shops in Montreal, Canada were discovered. An FBI explosives examiner traveled to Canada and purchased the same items, demonstrating to the jury that Ressam could have purchased electronic components consistent with the components used in the construction of the time delay fusing systems recovered in the trunk of the rental vehicle.

On April 6, 2001, after a three-week trial in Los Angeles, California, Ressam was found guilty on nine criminal counts emanating from a plot to detonate explosives at the Los Angeles International Airport during the millennium celebrations. On October 24, 2012, Ressam was sentenced to 37 years in prison in a third re-sentencing.

The investigation also led to the December 30, 1999 arrest in New York of an Algerian man, Abdelghani Meskini. Testimony given by Meskini indicated that he had conspired with Algerian-born Mokhtar Haouri to provide material support to Ressam’s plot to smuggle explosives into the United States. Meskini signed a plea agreement in a federal court in Manhattan, and he agreed to testify against other suspects accused of participating in the millennial bombing plot.

Haouri was extradited to the United States from Canada to stand trial. On July 13, 2001, he was found guilty on the charge of conspiracy to provide material support to a terrorist act and four counts of bank, credit card, and document fraud. In January 2002, Haouri was sentenced to 24 years in prison.

On April 6, 2000, the Department of State announced a $5 million reward for information leading to the arrest and conviction of Abdelmajid Dahoumane for his role in the millennial bombing plot. Dahoumane was arrested in Algeria in August 2000, where he remains in custody for terrorism-related charges in that country.

On August 27, 2001, Abu Doha, an Algerian, was indicted on eight counts, including conspiracy to use a weapon of mass destruction, for his role in the plot. The indictment alleges that Doha met with Usama bin Laden to plan an attack against a major airport in the United States and that Doha coordinated the attack with Ressam. Doha was later imprisoned in the United Kingdom.

On December 12, 2001, Samir Ait Mohamed, an Algerian man living in Canada, was indicted in U.S. District Court in Manhattan on charges of conspiracy to commit an act of international terrorism and to provide material support to a terrorist act. Mohamed allegedly tried to obtain weapons for Ressam’s use in committing bank robberies to raise money for the millennial bombing plot. Mohamed was arrested on November 15, 2001, by Canadian authorities in British Columbia. He was later deported to Algeria by the Canadian government.