The capture of German spy Teodore Erdmann Erich Lau on October 18, 1946—the last of the infamous German espionage “Ludwig ring”—was put in motion five years earlier by a jaywalker in New York City.

“Senor Don Julio Lopez Lido,” ostensibly a courier for Spain, was crossing against a traffic light one spring evening in 1941 when a taxi struck him—fatally throwing him under the wheels of another car. His companion, who had tried to stop the accident, instantly grabbed Lido’s attaché case and left the scene.

New York police took note of the companion’s suspicious actions, but even more were puzzled by dead man’s possessions: his papers were in German, not Spanish; his notebook contained names and possible assignments of some U.S. soldiers; his clothes had no labels. They turned these items over to the FBI. The Bureau, though, could not identify the mysterious companion of the false Lido.

Another case at the time puzzled them too: secret messages from a mysterious “Joe K”—forwarded by British censors in Bermuda—described vital American defense information. Neither the Brits nor the Bureau had been able to identify the spy. Then the Bureau itself intercepted a message from “Joe K” that used secret writing to tell his superiors of “Senor Lido’” fatality. A connection was made, and the hunt was on. 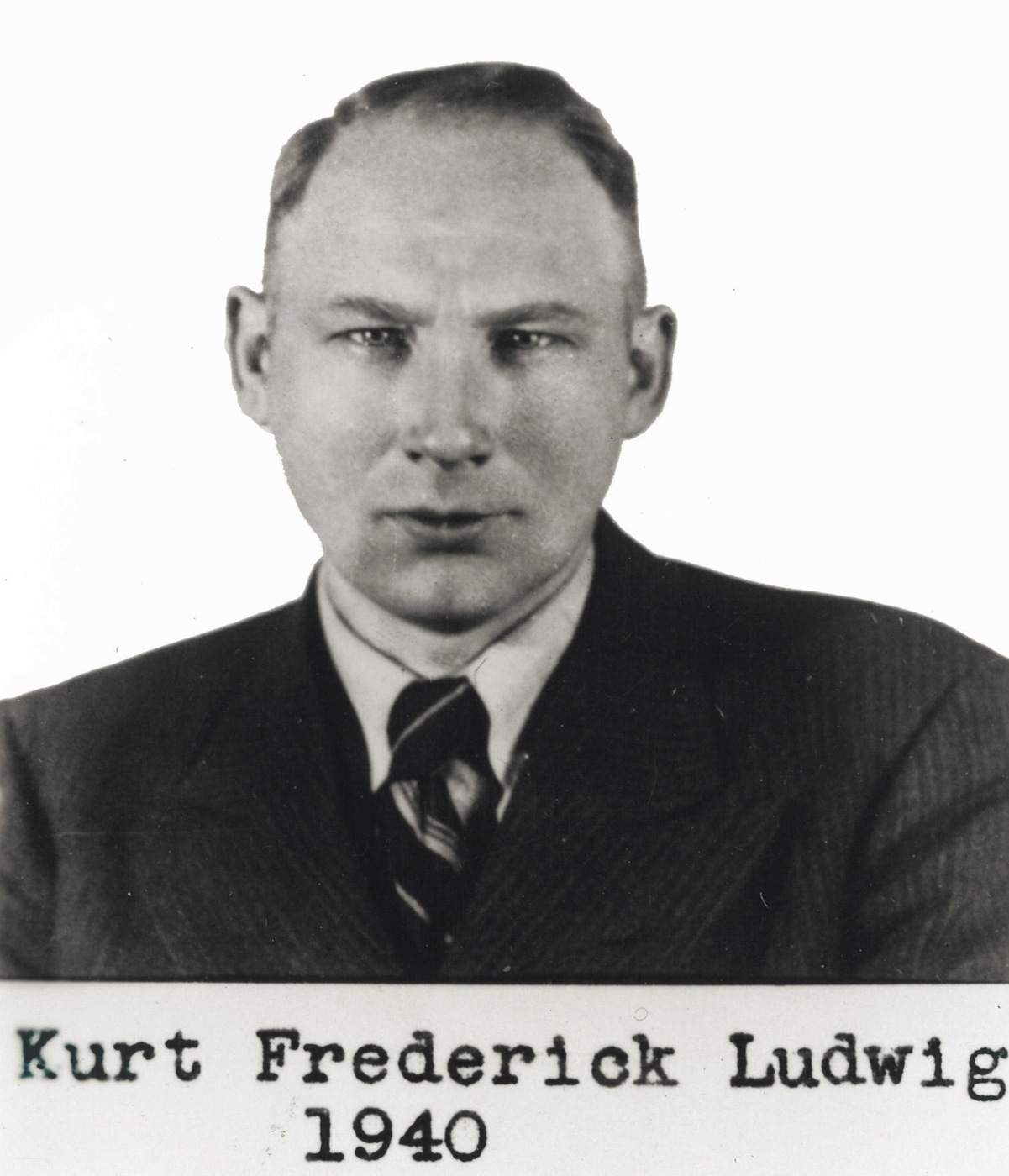 Putting the Pieces Together

“Joe K’ turned out to be none other than U.S.-born Kurt Frederick Ludwig.

Ludwig had moved back to his parents’ native land as a young man, and German intelligence was delighted to recruit him as an agent in the war effort. It had sent him back to the U.S. in March 1940 to set up a spy ring of young, industrious agents who could gather information about U.S. troops, U.S. order of battle, and U.S. manufacturing.

“Senor Lido” turned out to be Captain Ulrich von der Osten of the German Abwher, and—the final piece of the puzzle—his companion was none other than Joe K/Kurt Frederick Ludwig. Tracking Ludwig around the country, FBI agents were able to identify Ludwig’s spies and contacts.

Ludwig was arrested by FBI agents at Cle Elum, Washington, on August 3, 1941. More arrests followed, and by March 1942, nine members of the Ludwig ring had either pleaded guilty or were convicted at trial.

The nine were sentenced as follows:

The Long Arm of the Law

The case, though, was not over.

One agent—codenamed “Bill”—had eluded capture, and the FBI continued to follow new leads in the case. One led to Teodore Erdmann Erich Lau, a German-born Argentinean who had served as paymaster for the Ludwig ring in 1941 and 1942. The Bureau tracked “Bill” through South America, England, and Canada, until agents finally captured him in New York on October 18, 1946.

In short order, Lau was tried and sent to prison like the rest of Ludwig’s ring.