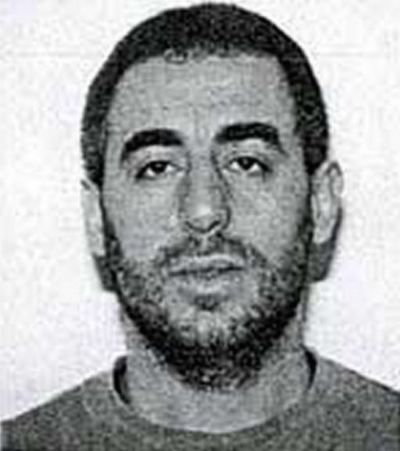 On June 14, 1985, TWA Flight 847 was hijacked by Mohammed Ali Hamadei and a second terrorist brandishing grenades and pistols during a routine flight from Athens to Rome.

Over a horrific 17 days, TWA pilot John Testrake was forced to crisscross the Mediterranean with his 153 passengers and crew members, from Beirut to Algiers and back again, landing in Beirut three times before he was finally allowed to stop. The terrorists had tied passengers up and were beating them, threatening to kill them unless hundreds of Lebanese were released from Israeli prisons.

It was on June 15, during the first stop in Beirut, that 23-year-old Robert Stethem of Waldorf, Maryland—a U.S. Navy diver—was severely beaten by Hamadei and his accomplice, was dragged to the opened aircraft door, was shot point blank in the head, and was thrown onto the tarmac of Beirut airport.

Hamadei and two of his collaborators—Hasan Izz-Al-Din and Ali Atwa—are at large. Mohammed Ali Hamadei (aka Ali Hamadi and Castro) is a Lebanese citizen with black hair and dark brown eyes, weighs 150 pounds, and has a mole on his right cheek below the eye. An alleged member of the terrorist organization Hizballah, Hamadei is believed to be living in Lebanon.

The U.S. sought extradition, but the Federal Republic of Germany decided to prosecute Hamadei in Germany and, on May 17, 1989, convicted him of murder, hostage taking, assault, and hijacking. Hamadei was sentenced to life in prison. On December 15, 2005, however, he was released from custody and returned to Beirut, Lebanon, on December 16, 2005.