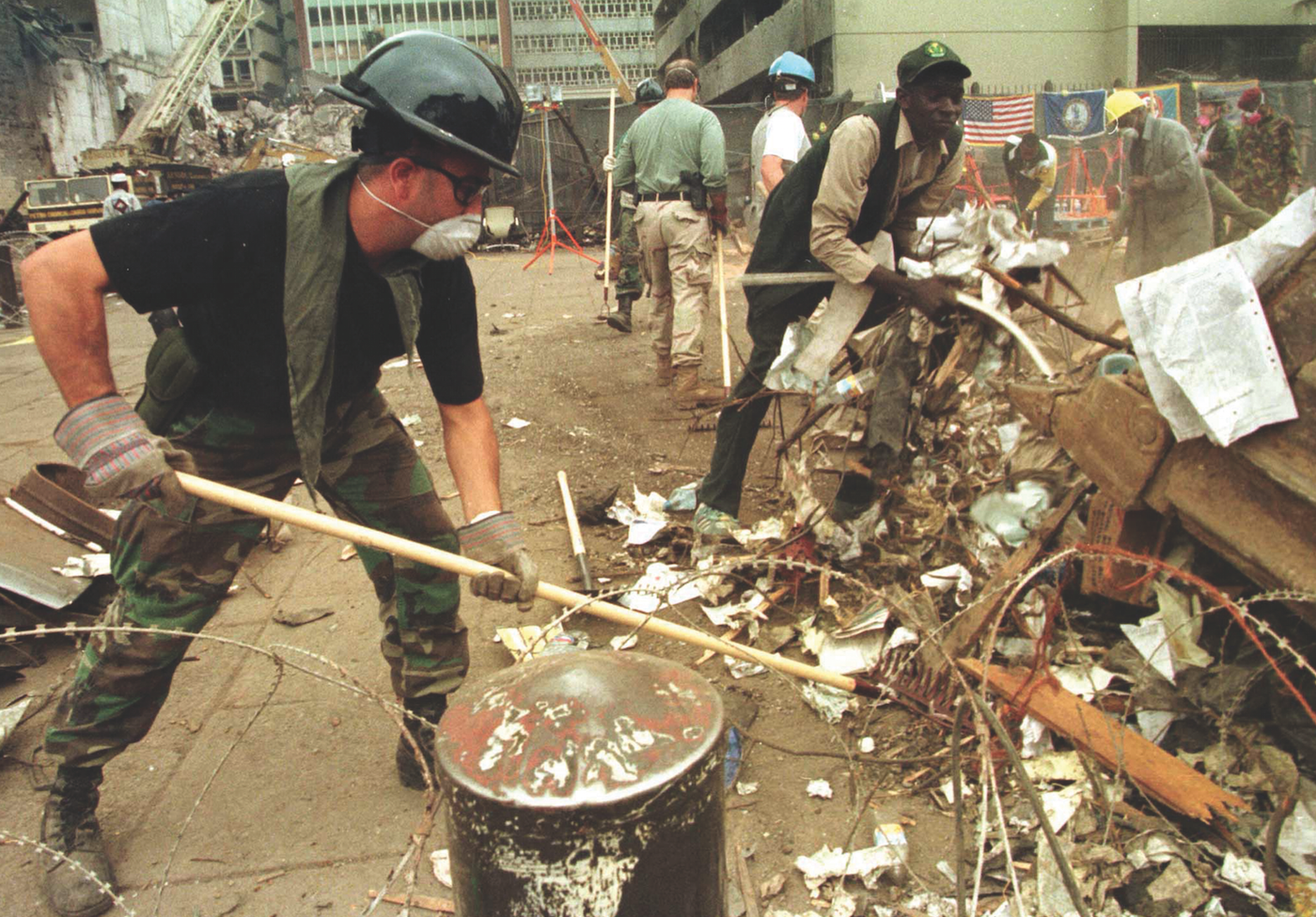 An FBI agent rakes through debris looking for clues following the car bombing of the U.S. Embassy in Kenya. Reuters photo. 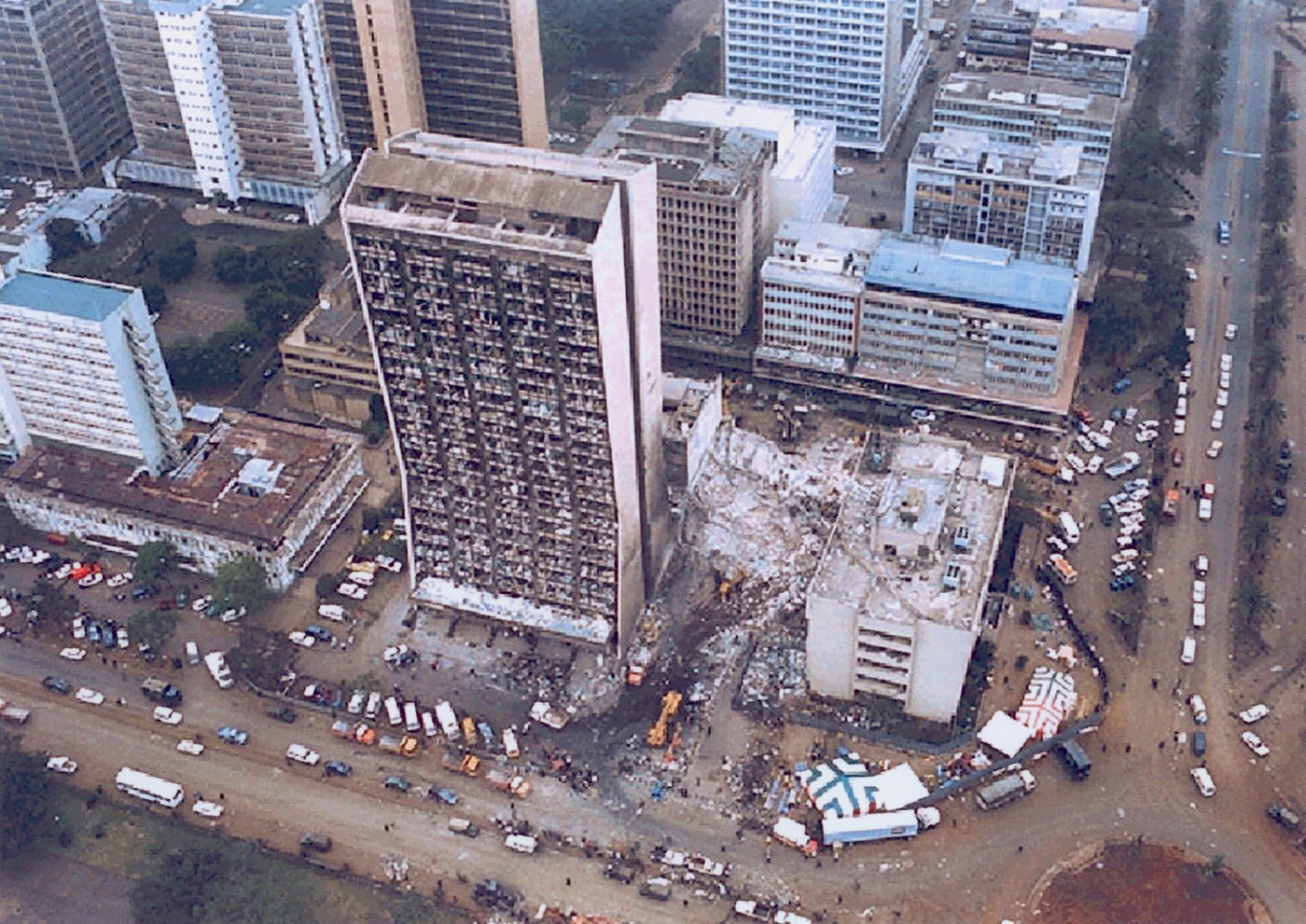 The bomb site of the attack on the U.S. Embassy in Nairobi, Africa, by al Qaeda operatives on August 7, 1998.

On August 7, 1998, nearly simultaneous bombs blew up in front of the American embassies in Nairobi, Kenya, and Dar es Salaam, Tanzania, in Africa.

Two hundred and twenty-four people died in the blasts, including 12 Americans, and more than 4,500 people were wounded.

In the aftermath of the attacks, over 900 FBI agents alone—and many more FBI employees—traveled overseas to assist in the recovery of evidence and the identification of victims at the bomb sites and to track down the perpetrators.

These attacks were soon directly linked to al Qaeda﻿. Extraordinary efforts from our federal and international partners led to the identification, arrest, and extradition to the United States of several members of the al Qaeda terrorist network for their role in the bombings.

Mohammed Sadeek Odeh and Mohammed Rashed Daoud al-Owhali were arrested in Kenya within 20 days of the bombings and rendered to the U.S. shortly thereafter. Both were convicted for their roles in the bombing and sentenced to life in prison in October 2001.

In September 1998, Mamdouh Mahmud Salim was arrested in Germany. He is currently serving a life sentence for stabbing a federal corrections officer in the eye while in prison after being charged in the embassy attacks.

Also in September 1998, Wadih el-Hage—a naturalized American citizen who had been living in Arlington, Texas—was arrested by the FBI for making false statements during questioning. After being indicted for his role in the bombings, he was convicted and sentenced to life in prison in 2001.

On November 4, 1998, Osama Bin Laden and several members of his network, including his military commander Muhammad Atef, were named in an indictment based on the investigation. Both have since been killed.

All told, more than 20 people have been charged in connection with the bombings. Seven are serving life sentences in U.S. prison.

The KENBOM and TANBOM investigations—as the FBI calls them—represented at that time the largest deployment in Bureau history. They led to ramped up anti-terror efforts by the United States and by the FBI, including an expanded Bureau overseas presence that can quickly respond to acts of terrorism that involve Americans.

The investigation continues, with the following fugitives still wanted for their alleged roles in the attacks: