**July 12, 2016 Update: The FBI has redirected resources allocated to the D.B. Cooper case to focus on other investigative priorities. Details 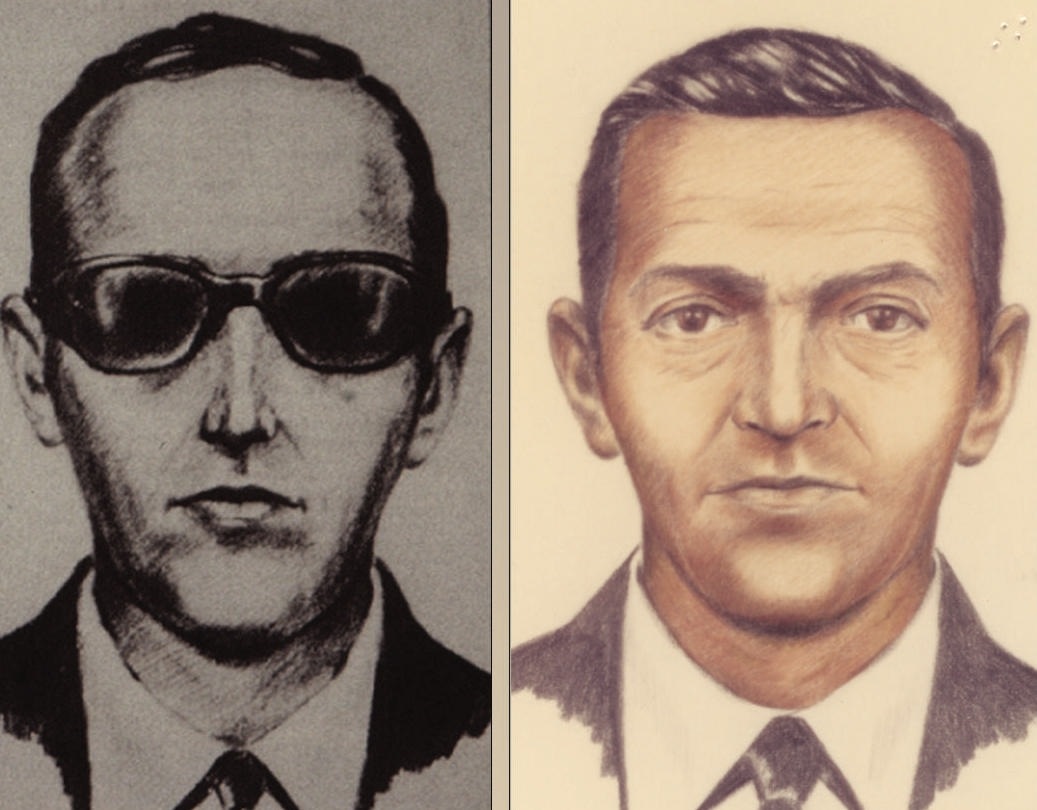 FBI artist rendering of so-called D.B. Cooper, who hijacked Northwest Orient Flight 305 out of Portland (Oregon), demanded and received ransom money upon landing in Seattle, then parachuted into the woods and was never found again.

On the afternoon of November 24, 1971, a nondescript man calling himself Dan Cooper approached the counter of Northwest Orient Airlines in Portland, Oregon.

He used cash to buy a one-way ticket on Flight #305, bound for Seattle, Washington.

Thus began one of the great unsolved mysteries in FBI history.

Cooper was a quiet man who appeared to be in his mid-40s, wearing a business suit with a black tie and white shirt.

He ordered a drink—bourbon and soda—while the flight was waiting to take off.

A short time after 3:00 p.m., he handed the stewardess a note indicating that he had a bomb in his briefcase and wanted her to sit with him.

The stunned stewardess did as she was told. Opening a cheap attaché case, Cooper showed her a glimpse of a mass of wires and red colored sticks and demanded that she write down what he told her.

Soon, she was walking a new note to the captain of the plane that demanded four parachutes and $200,000 in twenty-dollar bills. 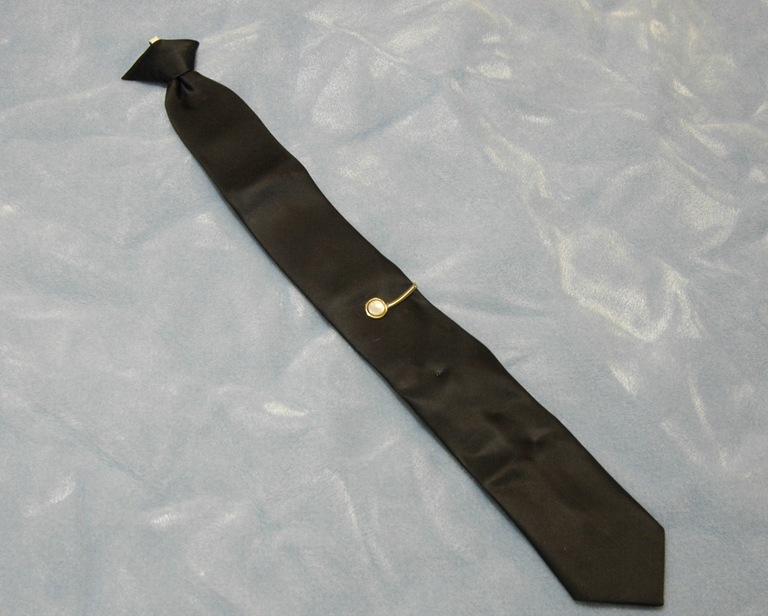 During the hijacking, Cooper was wearing this black J.C. Penney tie, which he removed before jumping; it later provided us with a DNA sample. 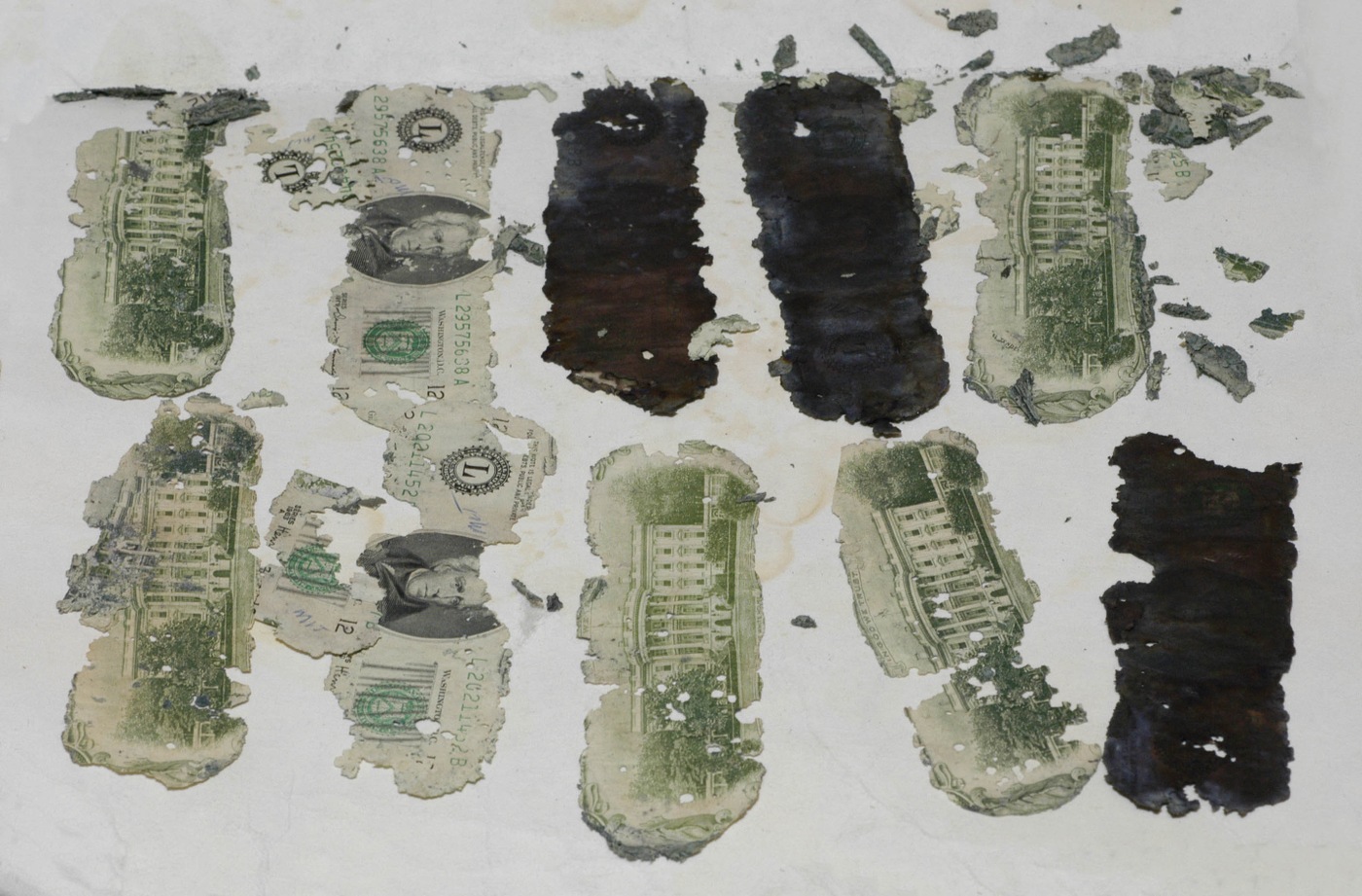 Money recovered in 1980 that matched the ransom money serial numbers.

When the flight landed in Seattle, the hijacker exchanged the flight’s 36 passengers for the money and parachutes. Cooper kept several crew members, and the plane took off again, ordered to set a course for Mexico City.

Somewhere between Seattle and Reno, a little after 8:00 p.m., the hijacker did the incredible: He jumped out of the back of the plane with a parachute and the ransom money. The pilots landed safely, but Cooper had disappeared into the night and his ultimate fate remains a mystery to this day.

The FBI learned of the crime in-flight and immediately opened an extensive investigation that lasted many years. Calling it NORJAK, for Northwest Hijacking, we interviewed hundreds of people, tracked leads across the nation, and scoured the aircraft for evidence. By the five-year anniversary of the hijacking, we’d considered more than 800 suspects and eliminated all but two dozen from consideration.

The canvas bag that contained one of the parachutes given to D.B. Cooper in 1971. Cooper asked for four chutes in all; he jumped with two (including one that was used for instruction and had been sewn shut). He used the cord from one of the remaining parachutes to tie the stolen money bag shut. 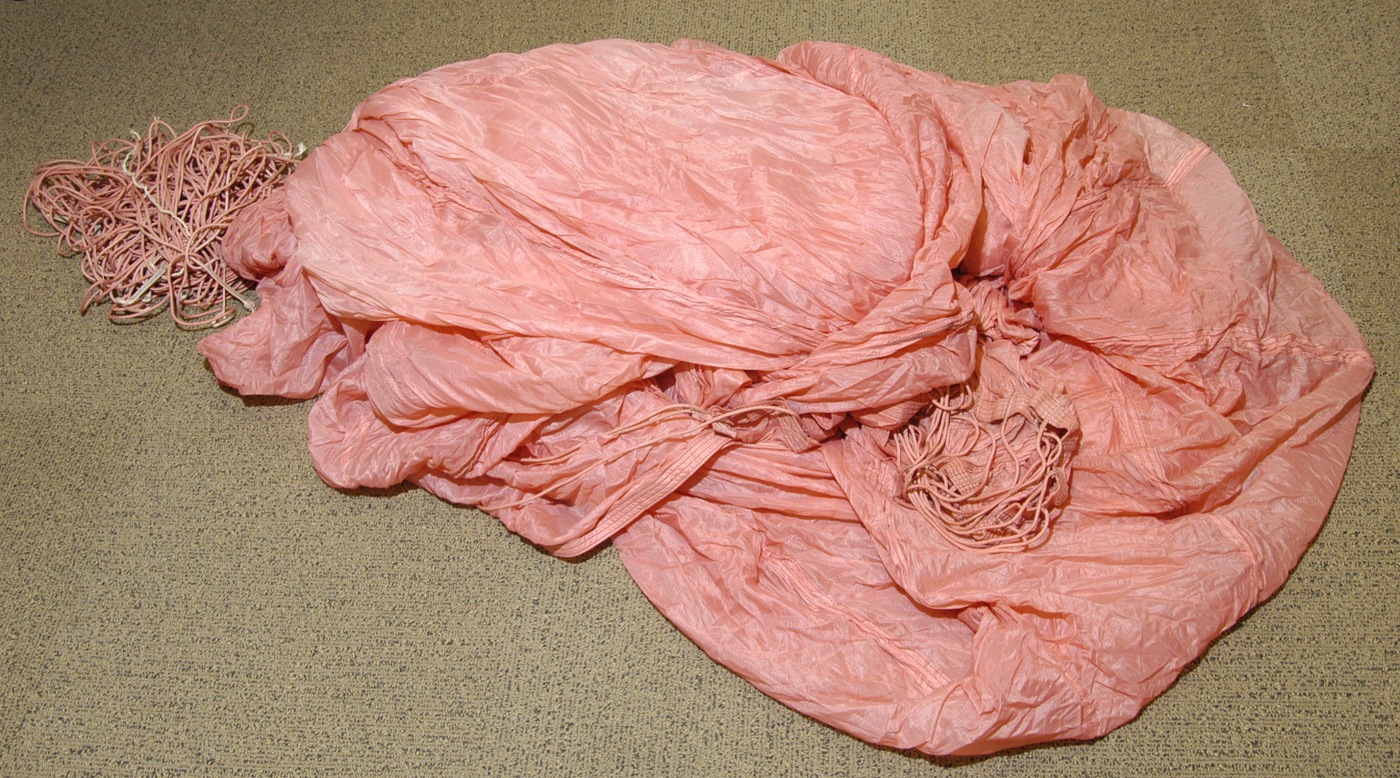 One of the unused parachutes requested but never used in the FBI's so-called NORJAK case.

One person from our list, Richard Floyd McCoy, is still a favorite suspect among many. We tracked down and arrested McCoy for a similar airplane hijacking and escape by parachute less than five months after Cooper’s flight. But McCoy was later ruled out because he didn’t match the nearly identical physical descriptions of Cooper provided by two flight attendants and for other reasons.

Perhaps Cooper didn’t survive his jump from the plane. After all, the parachute he used couldn’t be steered, his clothing and footwear were unsuitable for a rough landing, and he had jumped into a wooded area at night—a dangerous proposition for a seasoned pro, which evidence suggests Cooper was not. This theory was given an added boost in 1980 when a young boy found a rotting package full of twenty-dollar bills ($5,800 in all) that matched the ransom money serial numbers.

Where did “D.B.” come from? It was apparently a myth created by the press. We did question a man with the initials “D.B.” but he wasn’t the hijacker.