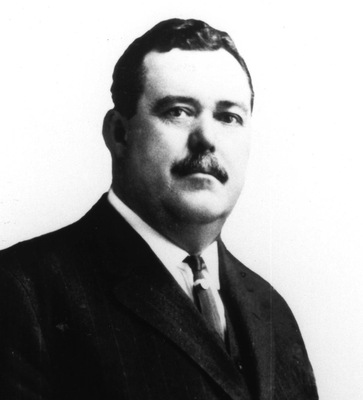 William J. Flynn was born in New York City in 1867. He began his government career in 1897 after a public school education. His first assignment was as an agent in the United States Secret Service. Mr. Flynn gained recognition in 1911 when he successfully reorganized the New York City Detective force and returned to the Secret Service as chief. During World War I, Mr. Flynn served as chief of the United States Railroad Secret Service, investigating threats of sabotage.

In 1919, Mr. Flynn was named Director of the Bureau of Investigation. Attorney General Palmer praised his new appointee as “the leading, organizing detective of America...Flynn is an anarchist chaser...the greatest anarchist expert in the United States.”

On September 27, 1921, Mr. Flynn resigned, saying he had a “private business matter to accept.” Attorney General Harry Daugherty accepted the resignation immediately and appointed William J. Burns to the position.