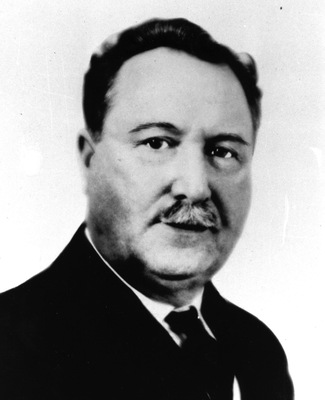 William J. Burns was born around 1860 in Baltimore, Maryland and educated in Columbus, Ohio.

As a young man, Mr. Burns performed well as a Secret Service agent and parleyed his reputation into the William J. Burns International Detective Agency. A combination of good casework and an instinct for publicity made Mr. Burns a national figure. His exploits made national news, the gossip columns of New York newspapers, and the pages of detective magazines, in which he published “true” crime stories based on his exploits.

Well qualified to direct the Bureau and friends with Warren Harding’s Attorney General Harry M. Daugherty, Burns was appointed Director of the Bureau of Investigation on August 22, 1921. Under Mr. Burns, the Bureau shrank from its 1920 high of 1,127 personnel to around 600 three years later. He resigned in 1924 at the request of Attorney General Harlan Fiske Stone because of his role in the Teapot Dome Scandal. This scandal involved the secret leasing of naval oil reserve lands to private companies.

Mr. Burns retired to Florida and published detective and mystery stories based on his long career for several years. He died in Sarasota, Florida in April 1932.