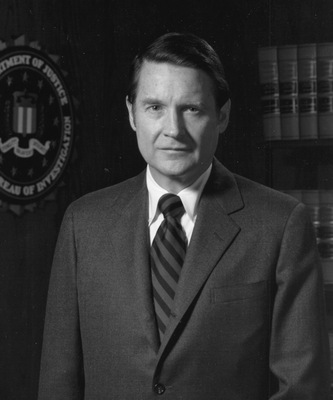 William H. Webster was born on March 6, 1924 in St. Louis, Missouri and received his early education in Webster Groves near St. Louis. He was awarded a Bachelor of Arts degree from Amherst College in Amherst, Massachusetts in 1947, where, in 1975, he received an Honorary Doctor of Laws degree. Judge Webster received his Juris Doctor degree from Washington University Law School, St. Louis, Missouri, in 1949. He served as a lieutenant in the United States Navy in World War II and again in the Korean War.

Judge Webster was a practicing attorney with a St. Louis law firm from 1949 to 1959, and he served as United States Attorney for the Eastern District of Missouri from 1960 to 1961. He returned to private practice in 1961. From 1964 to 1969, he was a member of the Missouri Board of Law Examiners.

In 1970, Judge Webster was appointed a Judge of the United States District Court for the Eastern District of Missouri and, in 1973, was elevated to the United States Court of Appeals for the Eighth Circuit. He resigned on February 23, 1978, to become Director of the Federal Bureau of Investigation.

During his service on the bench, Judge Webster was Chairman of the Judiciary Conference Advisory Committee on the Criminal Rules and was a member of the Ad Hoc Committee on Habeas Corpus and the Committee of Court Administration.

He is also a member of the Board of Trustees of Washington University, the University of Colorado Law School Board of Visitors, and the National Advisory Board of the American University.

Judge Webster has received other honors and awards, including: Man of the Year, 1980, by the St. Louis Globe-Democrat; the Riot Relief Fund Award in New York City; the August 1983, International Platform Association Theodore Roosevelt Award for excellence in public service; the Jefferson Award for the Greatest Public Service by an Elected or Appointed Official, June 1984; the Freedoms Foundation National Service Medal in Valley Forge, Pennsylvania, May 1985; the First Annual Patrick V. Murphy Award from the Police Foundation, Washington, D.C., for distinguished service in law enforcement; and Father of the Year for Public Service in May 1986, by the National Father’s Day Committee,

Judge Webster was elected to active membership in the National Academy of Public Administration in October 1981 and, in May 1985, became president of the Institute of Judicial Administration.