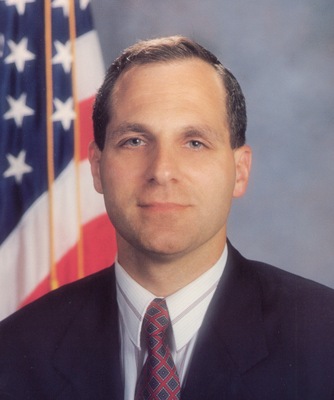 Louis J. Freeh was born in Jersey City, New Jersey. He graduated Phi Beta Kappa from Rutgers College in 1971. Director Freeh received a J.D. degree from Rutgers Law School in 1974 and an LL.M. degree in criminal law from New York University Law School in 1984. He was a First Lieutenant in the United States Army Reserve.

During this time, Director Freeh was the lead prosecutor in the “Pizza Connection” case, the largest and most complex investigation ever undertaken at the time by the United States government. The case involved an extensive drug-trafficking operation in the United States by Sicilian organized crime members who used pizza parlors as fronts. Following the investigation, Director Freeh served as the federal government’s principal courtroom attorney in the 14-month trial and won the conviction of 16 of 17 co-defendants. In 1990, he was appointed a special prosecutor by the attorney general to oversee the investigation into the mail-bomb murders of Federal Judge Robert Vance of Birmingham, Alabama and civil rights leader Robert Robinson of Savannah, Georgia. This case became known as the VANPAC case. After extensive investigation, a suspect was apprehended, prosecuted, and convicted.

In July 1991, former President George Bush appointed Freeh as United States District Court Judge for the Southern District of New York. While serving in this position he was nominated to be the Director of the FBI by President Clinton on July 20, 1993. He was confirmed by the Senate on August 6, 1993 and was sworn in as Director on September 1, 1993.

In his career as a civil servant, Freeh had been recognized on several occasions for his exemplary accomplishments. In 1987 and 1991, he received the Attorney General’s Award for Distinguished Service, the second highest annual honor given by the Department of Justice. Other commendations include the John Marshall Award for Preparation of Litigation, awarded annually by the Attorney General, and the Federal Law Enforcement Officers Association Award.