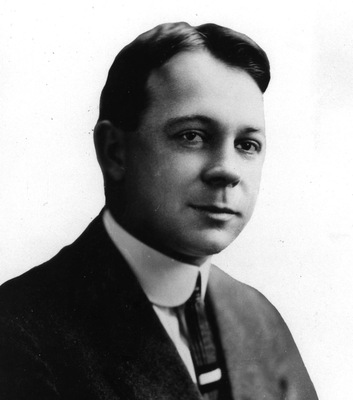 He received a law degree from George Washington University in 1904 and joined the Department of Justice that same year. Like his predecessor Mr. Finch, Mr. Bielaski worked his way up through the department. He served as a special examiner in Oklahoma where he “straightened out the court records” and aided in the reorganization of Oklahoma’s court system when the Oklahoma territory became a state. Returning to Washington, Mr. Bielaski entered the Bureau of Investigation and rose to become Mr. Finch’s assistant. In this position he was in charge of administrative matters for the Bureau. At the end of April 1912, Attorney General Wickersham appointed Mr. Bielaski to replace Mr. Finch. As chief, Mr. Bielaski oversaw a steady increase in the resources and responsibilities assigned to the Bureau.

After leaving the Bureau in 1919, Mr. Bielaski entered private law practice. According to The New York Times, while on a trip to Cuernavaca, Mexico in 1921, Mr. Bielaski was kidnapped. He escaped three days later, saving himself and the $10,000 gathered to rescue him.

Mr. Bielaski worked undercover as a prohibition agent operating a decoy speakeasy in New York City. From 1929 to 1959, he headed the National Board of Fire Underwriters team of arson investigators. In 1938, Mr. Bielaski served as president of the Society of Former Special Agents. He died in February 1964, at the age of 80.