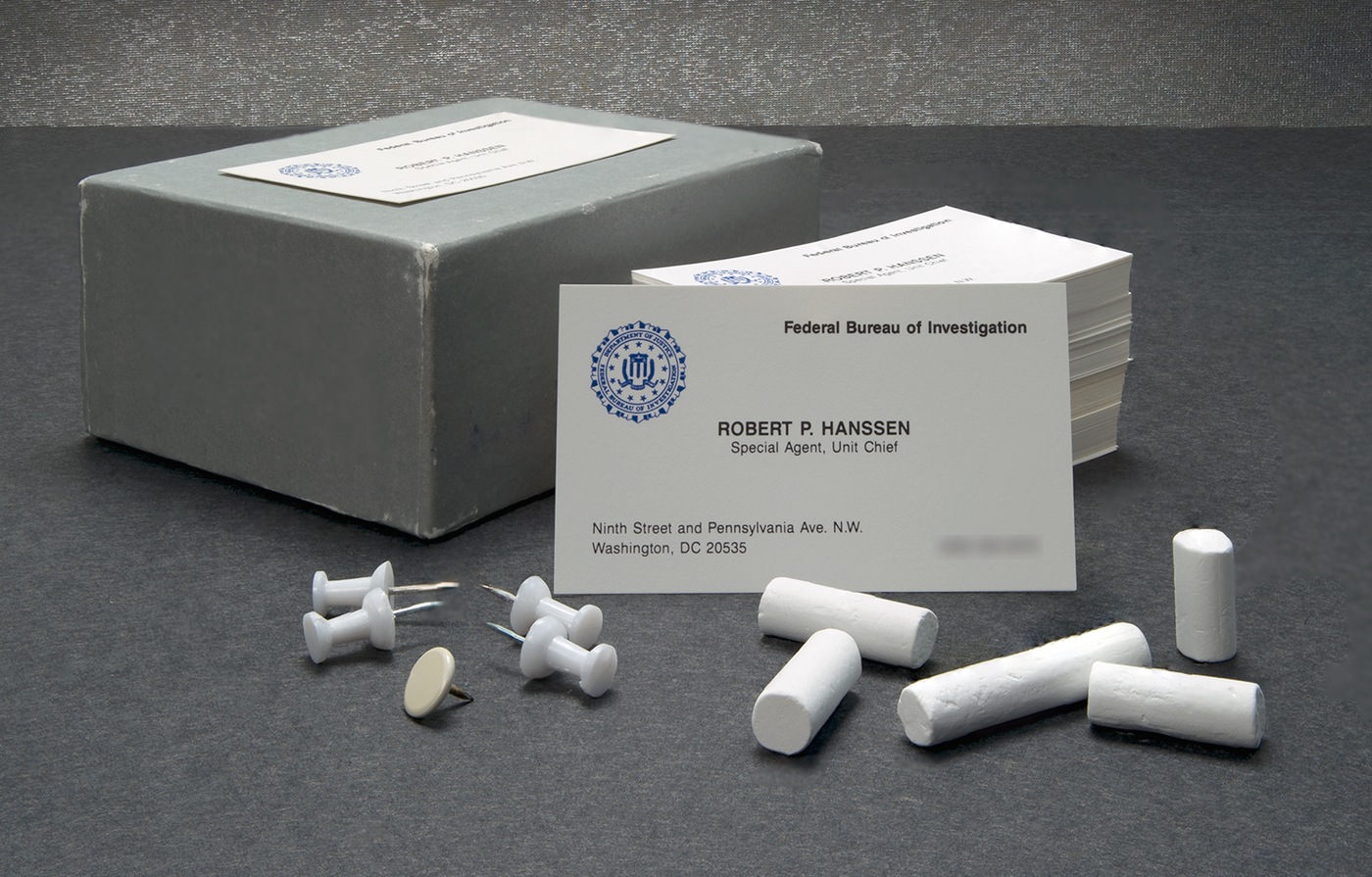 Robert Hanssen artifacts include his business cards and the chalk and thumbtacks he used to leave messages for his handlers while spying for Russia. (Click image to view high-res.)

On May 10, 2002, Robert Philip Hanssen was sentenced to life in prison without parole. Hanssen was an FBI agent for 25 years, but he was also a spy for the Soviet Union and the Russian Federation.

In 2001, Hanssen was arrested near a park in Vienna, Virginia, where he had just clandestinely placed a package containing highly classified information at a dead drop for his Russian handlers. Hanssen was charged with espionage and conspiracy to commit espionage.

Prior to his arrest, Hanssen was a successful and respected counterintelligence agent. He graduated from the FBI Academy on January 12, 1976, and first served on a White-Collar Crime squad at the Gary Resident Agency of the Indianapolis Field Office.

Throughout his career, he served in various positions in the New York Field Office; at FBI Headquarters in Washington, D.C.; at the Washington Field Office; and as the FBI’s senior representative to the Office of Foreign Missions at the U.S. Department of State.

Each of these jobs provided him an opportunity to obtain classified documents and information, which he shared with his handlers. In total, Hanssen compromised numerous human sources of the U.S. Intelligence Community, dozens of classified U.S. government documents (including top secret and codeword documents), and technical operations of extraordinary importance and value. He was paid more than $1.4 million in cash and diamonds for his treachery.

Pictured are Hanssen’s business cards from when he worked as the unit chief of the National Security Threat List Unit in the then-called Intelligence Division at FBI Headquarters and pieces of white chalk and thumbtacks that he used to leave messages for his handlers. For a man who was considered a leader in the field of radio and telephonic communications, Hanssen’s reliance on old-school spy tradecraft to communicate about packages at the dead drops is certainly a point of interest.