Portion of Fuselage from UA Flight 175

Portion of Fuselage from UA Flight 175 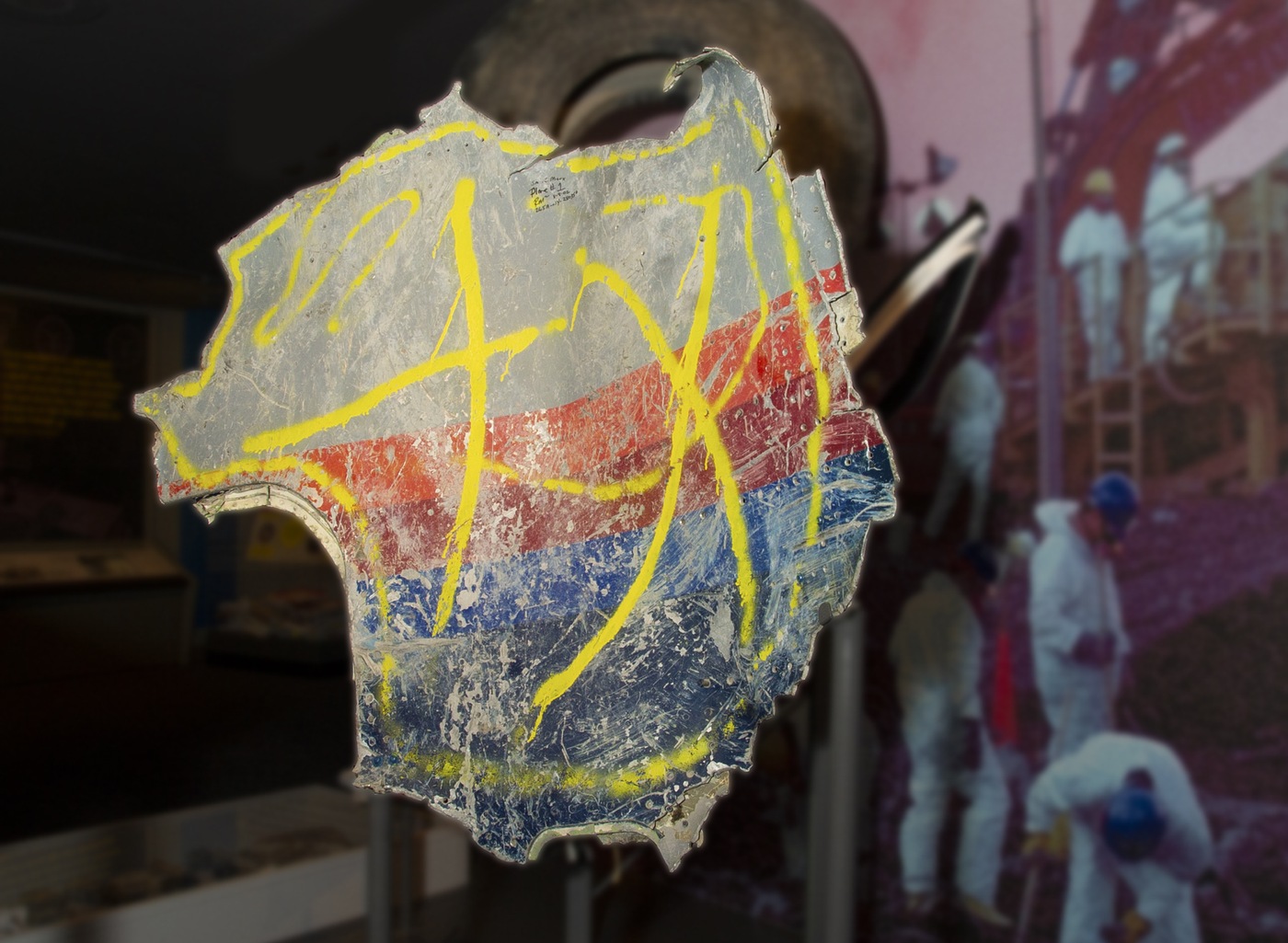 Pictured is the portion of the fuselage from United Airlines Flight 175, which hit the World Trade Center south tower in New York City on 9/11/2001. (Click image to view high-res.)

9/11 was the most lethal terrorist attack in history, taking the lives of 3,000 Americans and international citizens and ultimately leading to far-reaching changes in anti-terror approaches and operation in the U.S. and around the globe.

Thousands of agents across the nation interviewed witnesses and sources; they followed more than half-a-million investigative leads worldwide, including several thousand tips from the public, in order to determine what had happened, who did it, and how future acts could be prevented. At the peak of the case, more than half the Bureau’s agents worked with other agencies to identify the hijackers and their sponsors. Within hours, the FBI was able to start identifying the 19 terrorists responsible.

Director Robert S. Mueller, III broke with routine and based the massive investigation out of FBI Headquarters instead of a field office. The investigation was coordinated out of a basement office, where dozens of agents would toil for several years to build a case against those responsible, including Zacarias Moussaoui, who pleaded guilty in April 2005 to six charges related to his participation in the 9/11 attacks.

Pictured is a portion of the fuselage from United Airlines Flight 175, which hit the World Trade Center south tower in New York City on 9/11/2001. This portion of the plane was found at Ground Zero and is now on display in the FBI’s museum, called The FBI Experience. When this piece was recovered, it was spray-painted with markings to denote how and where it was found.