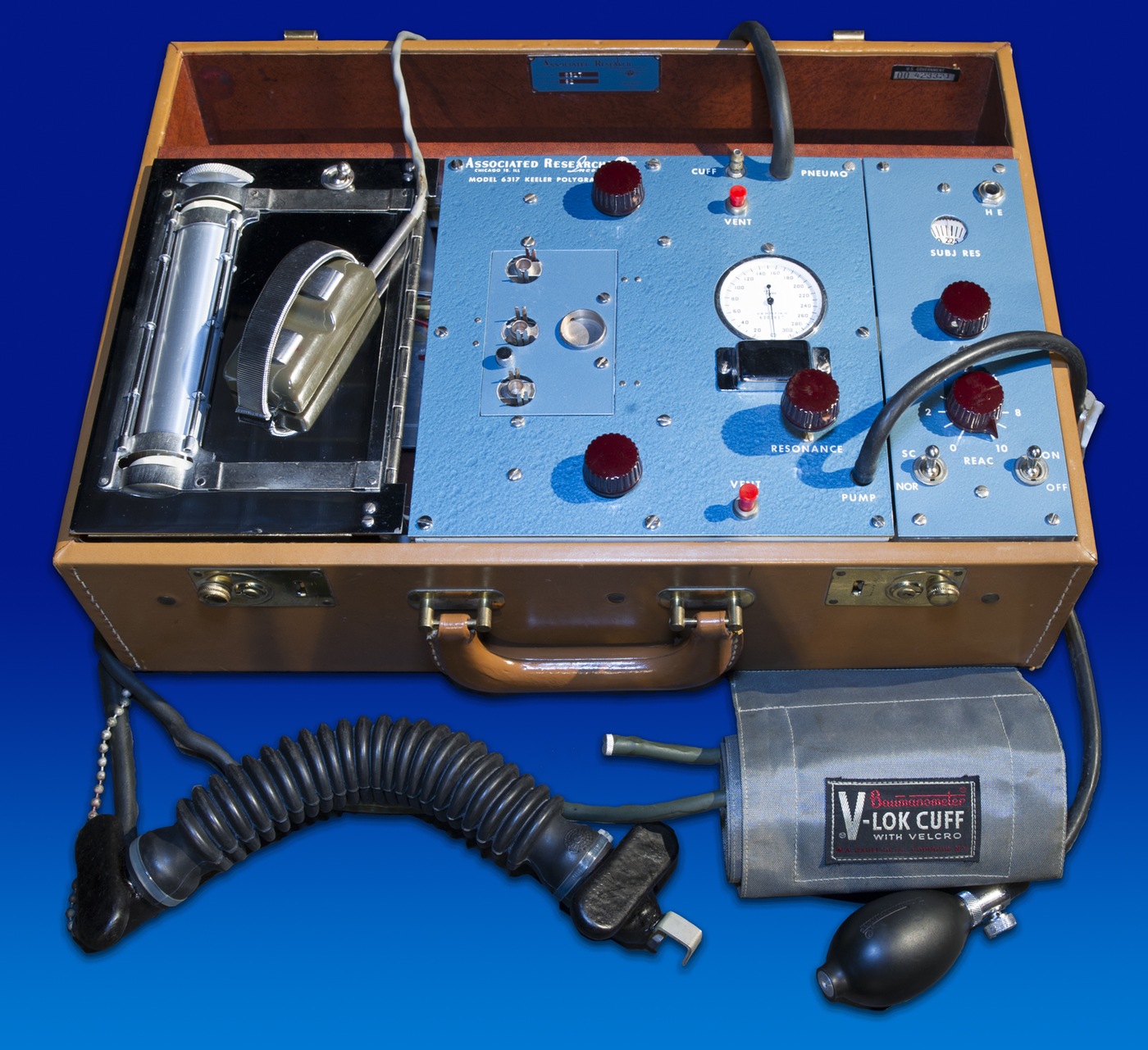 How can the FBI tell whether or not someone is telling us the truth? How can we find the lies?

One of the ways the FBI verifies information and determines who is a credible witness or source is through a polygraph examination.

The FBI has been employing polygraph examinations in our work since the early days of the FBI Laboratory. Around World War II, the FBI began using polygraphs in the course of investigations to confirm facts and dispel lies. Although we have used polygraphs to screen new employees for many years, since the 2001 Robert Hanssen spy case, we have also been requiring regular polygraph examinations of FBI employees with access to sensitive compartmented information (SCI).

This Keeler model 6317 polygraph machine was used on Jack Ruby, the man who shot and killed Lee Harvey Oswald two days after Oswald assassinated President John F. Kennedy. Mr. Ruby continuously asked for a polygraph test, beginning in December 1963, to prove he was not part of a conspiracy with Oswald.

The polygraph was ultimately granted by the President’s Commission on the Assassination of President Kennedy (also known as the Warren Commission after the chairman, Chief Justice Earl Warren). The examination took place in July 1964.

Interpreting the results of Ruby’s polygraph depends on whether or not Ruby suffered from psychosis. A psychotic subject may not be able to distinguish true answers from false answers and may be convinced he is telling the truth, even though he is not. This, in turn, will not register on the polygraph examination, making it impossible to definitively evaluate the examination.

“It should be pointed out that the polygraph, often referred to as 'lie detector' is not in fact such a device. The instrument is designed to record under proper stimuli emotional responses in the form of physiological variations which may indicate and accompany deception. The FBI feels that the polygraph technique is not sufficiently precise to permit absolute judgments of deception or truth without qualifications. The polygraph technique has a number of limitations, one of which relates to the mental fitness and condition of the examinee to be tested.”