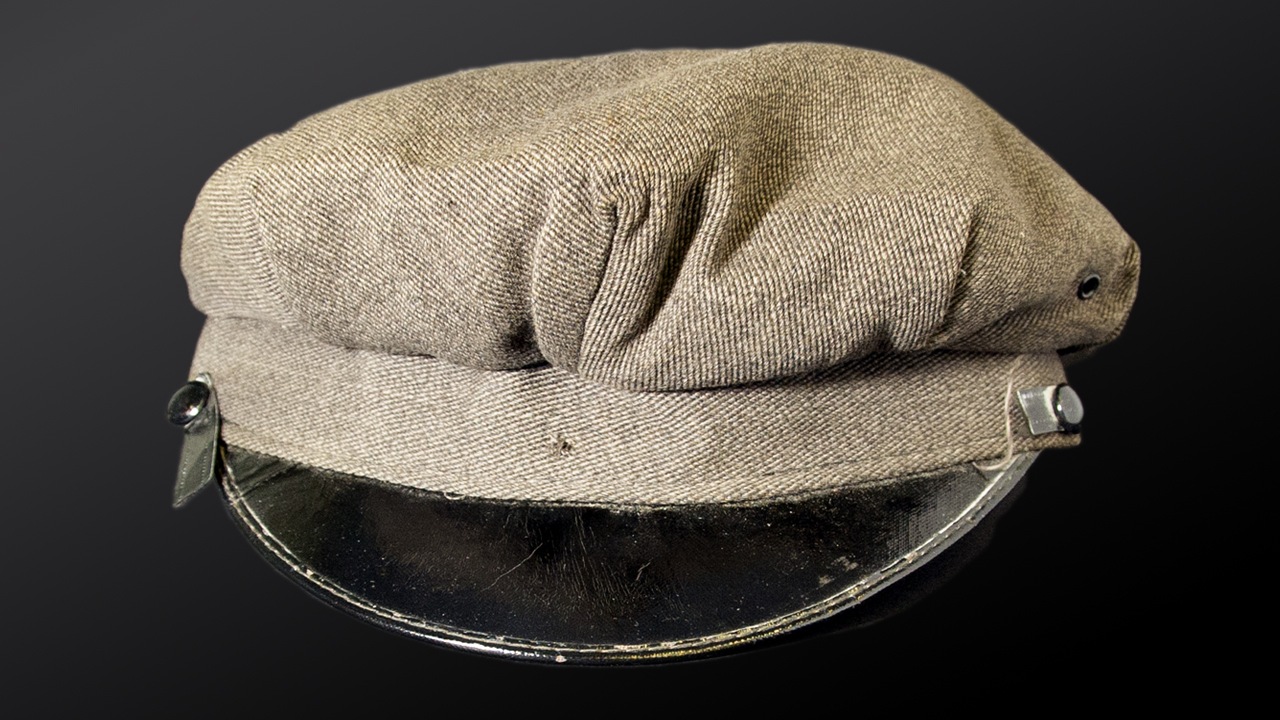 This chauffeur’s cap was left at the scene of the crime of the century—the 1950 robbery of a Brink's bank branch in Massachusetts. (Click image to view high-res.)

The public called the robbery the crime of the century: On January 17, 1950, armed men stole more than $2.7 million in cash, checks, money orders, and other securities from a Brink’s in Boston and fled. Police arrived minutes later to investigate the robbery, but the bandits left little evidence. They managed to skirt justice for nearly six years.

The robbers wore chauffeur’s caps, gloves, masks, pea coats, and, to muffle their footsteps, rubber-soled shoes. They tied five employees’ hands behind their backs and taped their mouths and then piled the loot into bags.

Investigators collected several pieces of physical evidence, including the rope and tape used to bind and gag the employees and this cap that one of the robbers left at the crime scene.

Rumors from the underworld pointed suspicion at several criminal gangs, but with little evidence and few witnesses, the FBI could not pinpoint the suspects.

As the FBI pursued thousands of leads, the field of suspects narrowed. In November 1952, a federal grand jury held hearings concerning the robbery, but the jurors decided they lacked enough evidence to identify the robbers. However, about three years later, a state grand jury would indict 10 of the men who had appeared before the federal grand jury for the Brink’s robbery.

Despite the grand jury’s decision, the FBI refused to quit. Investigators finally solved the case when one of the robbers, Joseph James O'Keefe, confessed in January 1956. While O’Keefe was serving time in prison for violating probation on another charge, he grew bitter. He knew his partners in crime were spending the money they had stolen even though they rejected O’Keefe’s demands for money to pay his legal fees.

In a series of interviews with the FBI, O’Keefe related the full story of the Brink’s robbery, including how the gang had spent months casing the building. After every interview, FBI agents toiled to verify his claims.

On January 11, 1956, a state grand jury indicted 11 men for the robbery. O’Keefe pleaded guilty. The remaining eight living members of the Brink’s gang stood trial. A jury found them guilty on October 5, 1956.

Learn more about the so-called crime of the century.